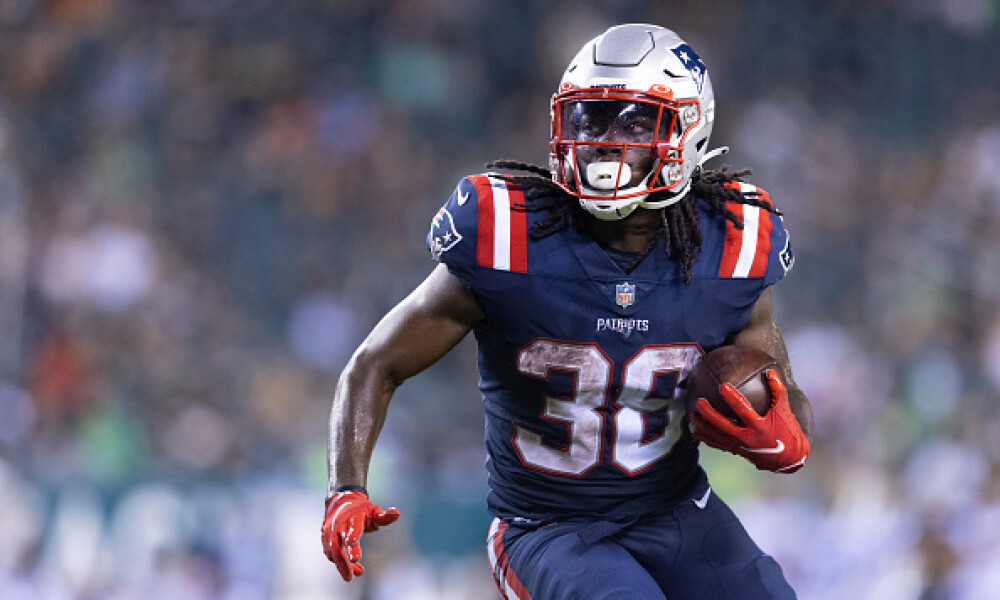 This should be quite the game as the New England Patriots travel to Buffalo to take on the Bills for supremacy in the AFC and, potentially, that top spot for the NFL playoffs. We thought there were going to be some weather issues as, all weekend, there were threats of a major storm coming through, but it appears those concerns were all for naught. [UPDATE: Winds are expected to be an issue, especially when you see this report from a Patriots radio station]. But weather issues or not, this is going to be an old-school, smashmouth football game as both teams thrive off their defensive prowess. We may not get a whole lot of scoring for DFS purposes, so we’re going to have to be laser-focused on identifying where the points will be coming from.

Damien Harris, RB NE The Bills have struggled against the run when they take on a relatively formidable opponent and this is likely to be the way the Patriots attack them throughout the game. Harris gets the initial Captain nod over Stevenson simply because he sees more snaps and more carries on average. Both are actually in-play here and having them both in your lineup just might be the way to go.

Josh Allen, QB BUF – We’re not quite sure exactly which weapons Bill Belichick will try to take away, so having Allen in your top spot means you get a slice of almost everything. He likes to run the ball himself near the goal-line and without a massive rushing attack, Allen should be heavily involved in all facets.

Stefon Diggs, WR BUF – He’s Allen’s top target and while Belichick is likely to scheme against Diggs specifically, the veteran wideout has dealt with it before and succeeded. In his last three games against the Patriots, Diggs has 20 catches for 286 yards and three touchdowns. [UPDATE: Don't expect any shots downfield, given the wind situation. However, the short-passing game will likely be in effect.]

Rhamondre Stevenson, RB NE – The Patriots will likely attack the Bills on the ground throughout the game and the 1-2 punch of Harris and Stevenson should be effective. His big frame can help wear out a defensive line and he’s averaged 57.5 rushing yards on 10-plus carries over the last two games.

Kendrick Bourne, WR NE – He’s proven to be an outstanding asset and his versatility has him heavily involved in the weekly game plan. He’s got three touchdowns over his last three games and the Patriots are going to want to target the outside with Tre’Davious White now on injured reserve.

Matt Breida, RB BUF – He’s been the new darling of this backfield and should see plenty of snaps and check-downs out of the backfield. Singletary will do the yeoman’s work between the tackles, but Breida will be the one to expose a defense that ranks 28th in DVOA against running back pass-plays, allowing nearly 60 receiving yards per game to them.

Mac Jones, QB NE – If everyone thinks the Patriots are going to zig, Belichick will zag and we could see some early throws downfield to target against the loss of Tre’Davious White. He’s not going to blow you away with big numbers, but Belichick could do a lot with him to keep Buffalo guessing. [UPDATE: With heavy winds, you can probably scrap the shots downfield.]

Tyler Bass/Nick Folk, PK – The earlier weather reports of snow and sleet have all but vanished, as have the threats of 15mph winds. Both kickers have been strong this year, so take you pick. Both are equally in-play tonight. [UPDATE: Forget the kickers. What was once a possible option is now likely dead. Maybe follow the reports and see if the wind dies down, but as of 4:20pm ET, it looks like a nightmare for kickers at the stadium.]

Patriots/Bills D/ST – Just like the kickers, both defensive units are in-play here as well. The Bills and Patriots are actually tied for the second-most takeaways this season while Buffalo has one more giveaway than New England (15 to 16). Both units are opportunistic and this game could come down to whichever team wins the turnover battle.

Cole Beasley, WR BUF – If Belichick targets against the top-two weapons for the opposition, then both Diggs and Knox are going to be battling all game long. Perhaps that opens things up a little more for Besley out of the slot. He’s only averaged four targets per game over his last three, but he saw double-digit targets in the two before that, so look for Allen to tilt towards him if his usual weapons are covered.

Hunter Henry, TE NE – While the Bills allow the sixth-fewest fantasy points per game to the tight end, they do rank 13th in DVOA against the position and are allowing just over 40 receiving yards per game to them. Henry is a major red zone target, so while you cannot expect big catch totals or yards, he still could grab a touchdown here.

Emmanuel Sanders, WR BUF – Just like Beasley, Sanders could be in-play of the Patriots are more focused on Diggs and Knox. He only sees a small handful of targets each game and hasn’t scored since Week 5, but maybe this is the low-key play you need to win.

Nelson Agholor, WR NE – Bourne does everything, Jakobi Meyers moves the chains and Agholor stretches the field. If the Patriots want to shock the Bills and hit them with a deep play early, Agholor could be the beneficiary of that move.

Dawson Knox, TE BUF – The Patriots rank first in DVOA against the tight end and allow the fewest fantasy points per game to them this season. Based on his usual role, he’s still worth using as a contrarian dart.