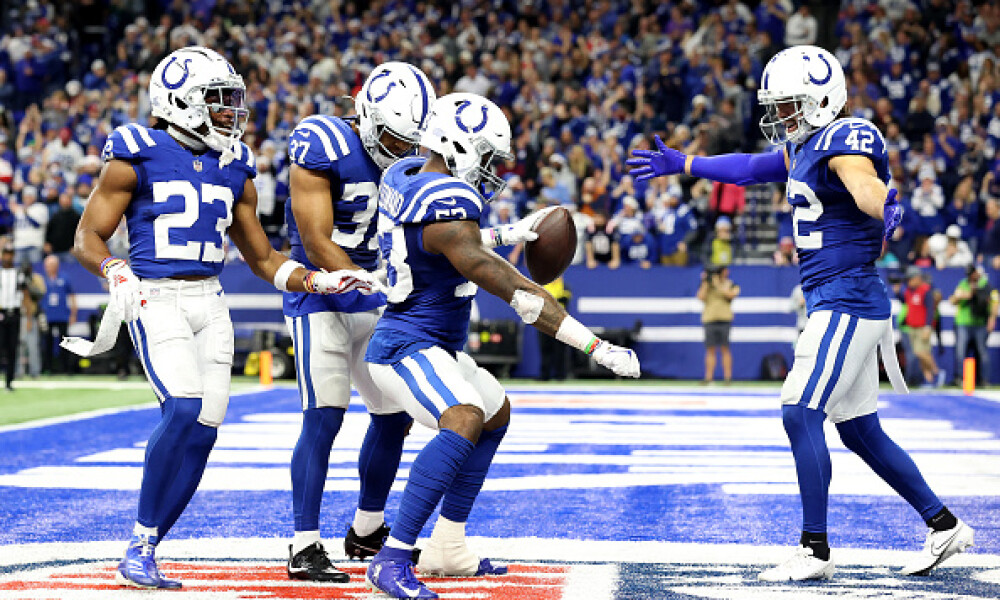 New England Patriots – As crazy as it sounds, I initially had the Patriots as the Fade this week. And it’s mostly because of what I’ve preached in other articles this year: if there’s a D/ST with a similar floor/ceiling that’s cheaper, I’d prefer to go that route. Not to mention Matthew Judon is currently on the COVID/Reserve list but there appears to be a sliver of hope he’ll be activated in time for Sunday’s matchup. Ultimately, I can’t look away from a Bill Belichick defense going against a rookie quarterback at home. The over/under is very low at 41.5 points and the Patriots are favored by 16.5 points. That means Vegas is expecting roughly 13 points (give or take) for Jacksonville? Sign me up if you can fit them in.

Tampa Bay Buccaneers – The Patriots are the preferred option on DraftKings where they’re $400 cheaper, but I can’t overlook the Bucs who are also in a phenomenal matchup against the Jets. Over their last seven games the Bucs have 27 sacks but only three forced turnovers in their last four games. While the Jets will be chasing points in this matchup that’ll likely mean they lean on their rookie quarterback to throw more, and if that’s the case that will give Tampa more chances to sack him and possibly force him to turn the ball over. He has just seven touchdown passes to 11 interceptions in 11 games this year.

Buffalo Bills – Now you might be asking yourself why didn’t I include the 49ers, Eagles, Rams, Saints, Seahawks or Bears? Truthfully I don’t hate the matchups for any of those teams, but I only try to write up three teams per tier at the very most. So none of them are a fade for me at all and they’re all in spots to be slate breakers this week. But I like Buffalo at home against an atrocious Falcons offensive line. I also think there’s some leverage here. With so many options worth spending up for on the slate, the Bills could go overlooked. They’re favored by two touchdowns and the over/under is sitting at 44 points. That’s not nearly as enticing as the Patriots line, but if more people flock to New England and we get Buffalo still as a significant favorite then I’m all in. The Bills have allowed 88 points to their last six opponents and they’ve held four of their last five opponents to under 300 yards of offense. The Falcons come to town and they’re averaging just under 310 totals yards of offense this season? It’s time to circle the wagons…

Dallas Cowboys – I don’t love the price tag on FanDuel, but I do like it enough on DraftKings for GPP’s. Vegas is expecting a lot of scoring in this game as evidenced by the 51-point over/under but if you aren’t game stacking this match-up then I like Dallas as a mid-range D/ST with double-digit upside. In his last five games, Kyler Murray has four passing touchdowns and five interceptions. He is capable of salvaging his day with his legs, but Dallas’ defense has looked great especially with the return of Randy Gregory. The matchup might scare DFS players away, but we know Dallas can generate a pass rush and force turnovers. They’ve returned at least 16 fantasy points in four straight matchups leading up to this contest. Granted those games were against weaker competition, but the Cardinals are on a three-game losing streak themselves.

Kansas City Chiefs – Vegas is expecting a lot of scoring in this game and truthfully, it’s a tough week for DFS to really pay down anywhere aside from Miami in the value tier. But with Chris Jones on the field, the Chiefs D/ST has been great the last few weeks. Since Week 9 they’ve returned at least seven fantasy points in five of their six games, with double-digit returns in four games. They’ve now forced a sack and an interception in seven straight games and while the matchup against Cincinnati might scare some people away, do we really expect Joe Burrow to throw for 525 yards again in this matchup? We’ve seen Burrow still make that patented one big mistake almost every game (save for last week) and I think the Chiefs are the type of team that could give him fits on Sunday.

Indianapolis Colts – The Colts may be more of a pricier “value” D/ST on DraftKings, but they’re under $3,000 on DraftKings and they’ll probably come in with low ownership if most DFS players are spending up for a D/ST or going down to Miami. The Colts have posted double-digit fantasy points in four of their last six games. The two games they struggled were against Arizona and Tampa Bay. So I won’t necessarily hold that against them. The Raiders grade out as a bottom ten team in terms of pass protection according to Pro Football Focus and we know and the Colts will be getting Darius Leonard back. The Raiders will likely have to throw it a lot, but as mentioned in the Bucs section that leads to more sacks and turnovers. Similar to the Bills, no one is really talking about the Colts so ownership will be light.

Miami Dolphins – I don’t quite comprehend why the Dolphins are mispriced on DraftKings and FanDuel. I understand the Titans are getting Taylor Lewan back and his presence will help with pass protection, but this game has been bet down to an over/under of roughly 40 points and the Titans are only favored by a field goal. Since Week 9 the Dolphins have held their last seven opponents to 18 or fewer points and they’ve scored at least nine fantasy points in six of those games. The Titans still have some semblance of a rushing attack and it helps that A.J. Brown is healthy. However, Miami is being priced as if they’re about to be steamrolled. I don’t expect that from a team with 33 sacks in their last seven games. This feels like a trap to be honest, but this is about as cheap as I want to go on FanDuel so I’m willing to take the risk.

Tennessee Titans – It’s hard to identify a true fade this week without looking into the value tier. DraftKings and FanDuel got smart and priced up the appropriate teams in the top and mid-tier. But I don’t have much interest in Tennessee. I’d rather look to Dallas, Kansas City, Indianapolis, or Miami this week. If you take away their four-interception performance against Jacksonville the Titans have just three forced turnovers since Week 10. They can get decent pressure on the quarterback which is where Miami struggles. However, the Dolphins are riding a seven-game winning streak and they haven’t been making too many mistakes. I’ll play it safe and look elsewhere in this range for a better floor/ceiling.