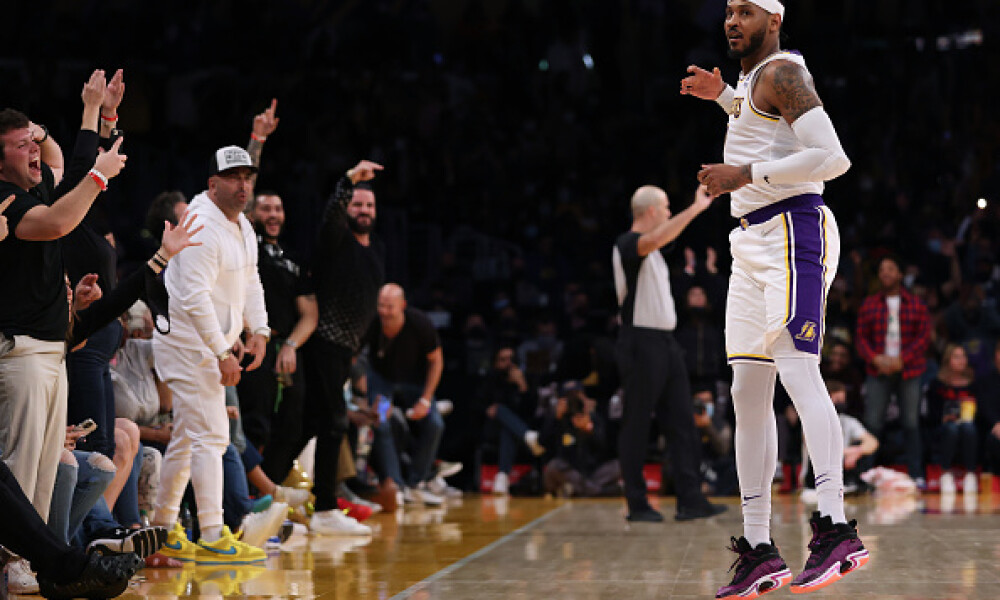 We have five games on the NBA slate tonight which is right in the wheelhouse in my opinion when it comes to the size of player pools and roster construction. A key part of roster construction on these types of slates is identifying the one or two value plays to put in your core build to allow for you to pay up for the top priced talents. Let's take a look at the top value plays for tonight.

Carmelo Anthony, PF - Truthfully, Melo is a great value across the platforms today but on Yahoo you are getting him for just $12. As I said on the NBA DFS Podcast the Lakers brought Anthony in to fill a role and that role is to shoot the basketball off the bench. Bench scoring has been an issue for the Lakers over the past few seasons and Anthony proved last year why he is a hall of fame scorer.

Jalen Brunson, PG - Brunson has put up 20 FP in each of the first two games he has played this season. He is a min-price $10 on the Yahoo slate and will play between 20-to-25 minutes tonight off the bench for Dallas. What we are looking for here is players who have a defined role on their team and Brunson is someone who gets on the floor and starts shooting which presents a nice upside.

Alperen Sengun, C - We have loved going to the Mavericks with opposing centers this season and while the rookie doesn't start, he is playing close to an equal share of minutes as is the starter Daniel Theis. Sengun has gone for 25+ FP in two of the three games this season while topping out at just 19 minutes. At some point this season he is going to see increased playing time and you won't want to miss that.

Darius Bazley, PF - The one spot to attack the Warriors this season has generally been their front court and this is a good spot for Bazley to really have a breakout game after some early struggles to begin the season. What's encouraging here is the minutes with Bazley seeing over 30 in two of the three games played this year.

Josh Giddey, SG - A favorite player of mine since the draft, Giddey finally put together the elite performance I have been expecting in the Thunder's last game against the 76ers as he finished with 19 points, eight rebounds, seven assists and four steals. Giddley is a player than can fill up the stat sheet and it won't be long before he notches his first career triple-double.

Hassan Whiteside, C - While the more popular spend down play will be Alperen Sengun tonight, I can see a path to pivoting to Whiteside tonight who is enjoying a bench role with the Jazz this season. In two games he is averaging 24.6 FanDuel points over just 16.5 minutes. On a platform that gives three points for blocks and steals, Whiteside offers some unique upside in his limited minutes off the bench. Another thing to look at is the matchup. Rudy Gobert will be dealing with Nikola Jokic tonight. Gobert could find himself in foul trouble which would thrust Whiteside into additional playing time.