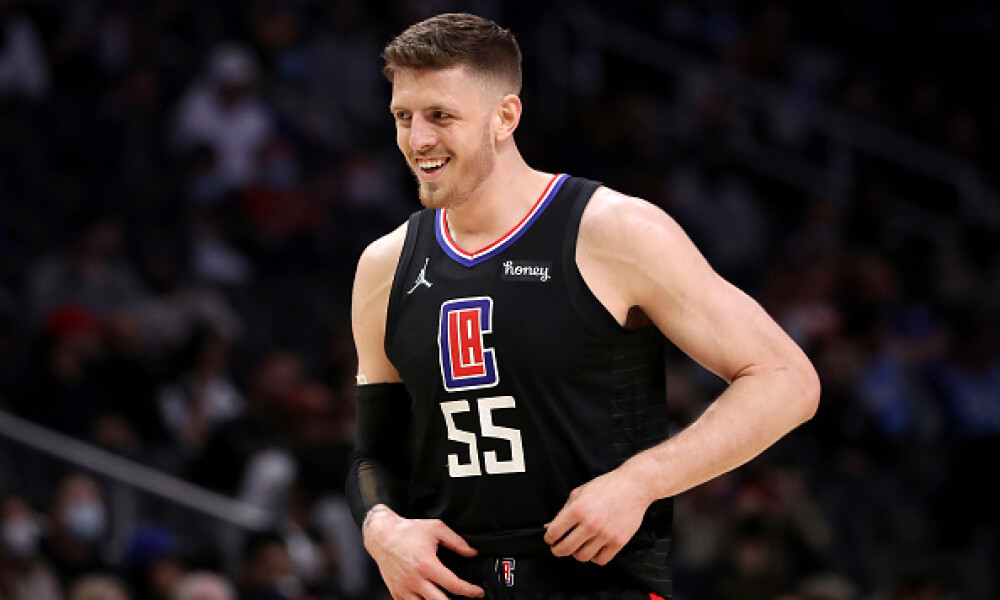 We got five games on today's NBA DFS main slate for DraftKings, FanDuel and Yahoo. With smaller slates, often times, the number of value plays is limited given the size of the player pool but there are actually quite a few targets I think are worth building your lineups around for tonight's contests.

Three straight games with 30+ fantasy points from Hartenstein and he is doing it while playing no more than 25 minutes off the bench during this three-game stretch. The Clippers have come out and stated that some of their veteran players would see minute caps as the season winds down and Hartenstein looks like a clear beneficiary of those changes. He is not a high-volume shooter but he is wildly efficient, shooting 63.3% from the floor on the season. Along with the scoring he is also filling up the stat sheet, averaging 6.7 rebounds, 5.7 assists, 2.0 blocks and 1.7 steals during these last three games. Tonight the Clippers face a Jazz team that could be missing Rudy Gobert and Hassan Whiteside which would make his matchup much easier.

Satoransky has entered the starting lineup for the Wizards and over the last two games as a starter he is averaging, 23 fantasy points over 30 minutes of playing time. Tonight's matchup against the Bulls is a tough one but given his increased playing time and ability to do a little bit of everything he should continue to present solid value at his price tag.

With LeBron James and Anthony Davis doubtful tonight for the Lakers we should see Dwight Howard back in the starting lineup and continuing to play big minutes for this basketball team. Over the last two games, Howard has played 33 and 28 minutes while going for 20 and 39 fantasy points. The matchup against the Mavericks is one that we have loved to target with opposing centers given how soft Dwight Powell is defensively and if Howard is asked to play close to 30-minutes tonight I don't think a double-double is out of the question.

So, we need Zack LaVine to be ruled out here for White to be in play but assuming LaVine does sit then White has a great matchup against a bad Wizards defense. We saw White pop off recently in a similar spot against the Pelicans when the Bulls were down a man. His offensive upside is very appealing in GPPs.