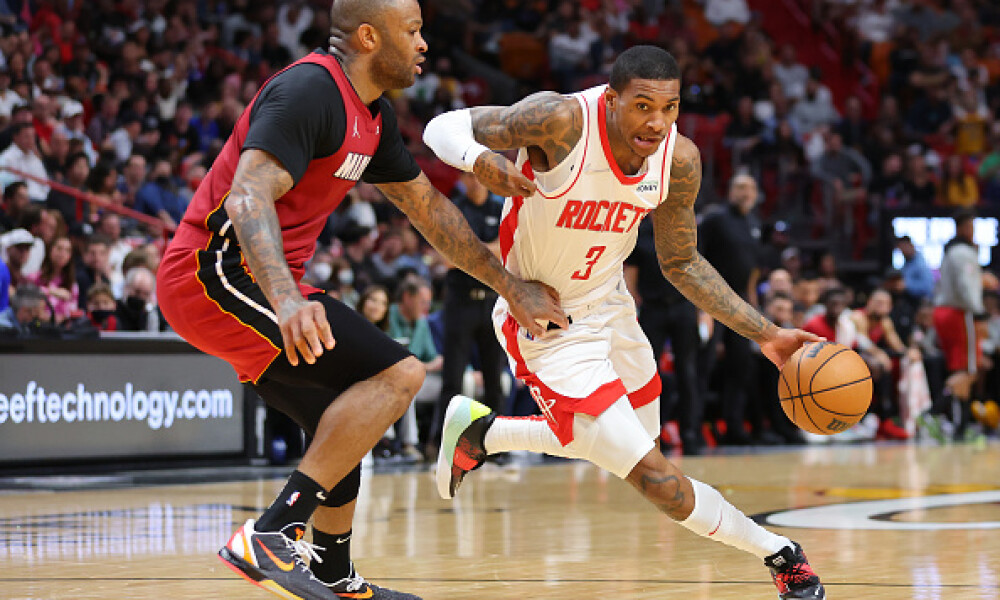 Kris Dunn started on Wednesday and could remain in the starting lineup. Portland is tanking and Josh Hart and Justice Winslow have already been ruled out. Dunn played 25 minutes on Wednesday and had 22.5 DK points. Dunn is averaging close to 25 minutes in his six games and has at least 22.75 points in four of the last five games. It's a good matchup against the Rockets, who are last in defensive efficiency.

The game total is 234 points and both teams are terrible defensively. Ben McLemore doesn't play a lot of minutes, but he shoots when he's on the floor. He has played 25, 22, 31, and 20 minutes the last four games and taken 13, 14, 16, and nine shots from the field. He has at least 25.5 DK points in three of the last four games and it's an ideal matchup against the Rockets.

Kevin Porter hasn't been good lately, but the perfect remedy to turn things around is Portland. The Rockets are last in defensive efficiency and one of the worst teams in the NBA, yet they are favored by three points. That indicates how bad Portland has been. Portland has allowed at least 122 points in five of the last six games. Porter has hit 42 FD points in two of the last eight games and if there's any game to do it, it's this one with a total of 234 points.

This is if you need to save money to get a few high-priced players. Corey Kispert has played at least 29 minutes in five straight games. He has at least 19.6 FD points in four of them. The Pistons allow the second-most fantasy points to small forwards.

Killian Hayes has been playing well and gets a good matchup against the Wizards, who rank 26th in defensive efficiency. Hayes has at least 25.8 Yahoo! points in four of the last five games. The one game he fell short he only played 11 minutes due to injury.

Drew Eubanks has been productive since moving into the starting lineup. Eubanks has 27.3 Yahoo Points in six of the last seven games, including at least 32 four times. Eubanks gets a good matchup against the Rockets, who are last in defensive efficiency.