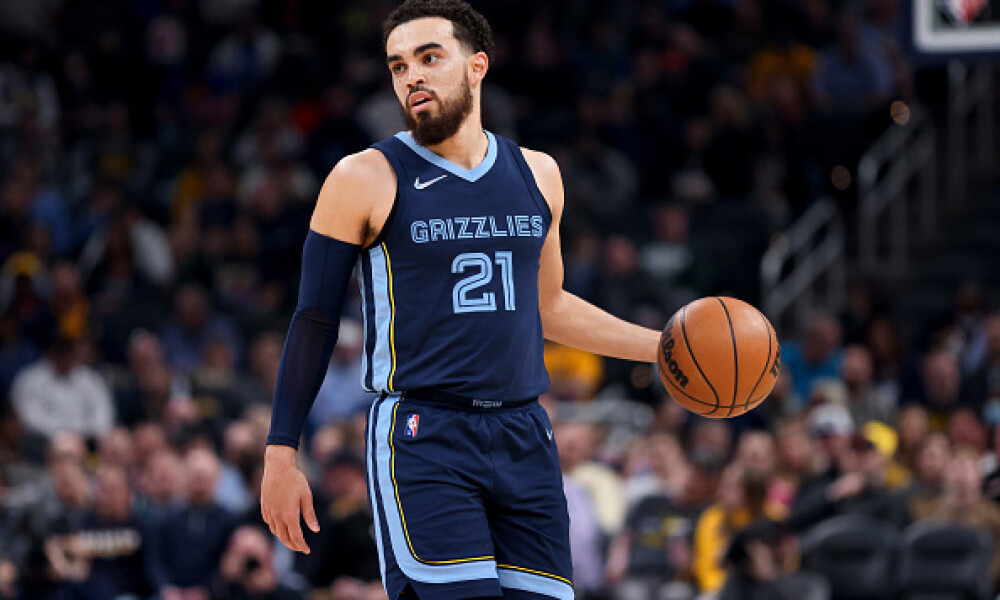 Whichever site you want to play Tyus Jones on, you can. Ja Morant is out and that means Jones is going to play 28+ minutes as long as this game is competitive, which it’s projected to be. Jones isn’t a massively high-usage player, but he has a 17.7% USG and averages .97 FP/min with Morant off the floor. He's also put up 29+ DKP in each of the last three games Morant has not played in. Likely the chalkiest play of the slate.

With the Kings’ top two centers out, Damian Jones stands out as one of the better values of the slate. This isn’t a sneaky play as he’s only 3.7K on DraftKings, but he’s very good when given the time on the floor that he’ll likely get there. With all that are missing or that have been traded, Jones averages over one FP/min. Even if Alex Len starts, which we’ve seen multiple times, Jones is going to play more than Len.

We saw the potential of Obi Toppin on Tuesday with Julius Randle out and, with Randle questionable once again, Toppin is back in the spotlight at just $3,400 on DraftKings. He had 24 DKP in 24 minutes on Tuesday but was plagued with foul trouble. That was honestly the ONLY reason he didn’t do more. He started, which is what we should expect to happen once again tonight. Toppin has a 19.1% USG rate and averages .91 FP/min without Rose, Walker, Randle, Noel, and Reddish on the floor. Elite value versus the Charlotte frontcourt.

WIth Ja Morant out, there are plenty of Grizzlies options to use in this spot. On FanDuel, it’s VERY hard to ignore Dillon Brooks under 5K. Brooks only played 25 minutes last game – his fourth game back from injury – but it looked like he was going to hit 30 if that game stayed competitive. Brooks has a 29.4% USG rate and has averaged 1.07 FP/min without Ja Morant this season. He also has a steal in four straight games and scored 20 actual points last game.

I’m in on Davion Mitchell on all sites, but I mostly love the price on FanDuel and Yahoo! Fantasy. The Kings are without both Domantas Sabonis and De’Aaron Fox, which are quite literally their best two offensive players. Mitchell, without Fox last game, played 46 minutes and scored 28 actual points to go along with 43.1 DKP. Indiana is 23rd in DRtg and ninth in pace during the month of March, so advantages everywhere for Mitchell and the Kings.

Without Luka Doncic in the lineup, there is a LOT of the ball to go around and it’ll mostly go to Spencer Dinwiddie ($20) and Jalen Brunson ($19). With Doncic, Hardaway, and Porzingis off the floor this year, Brunson has a 30.4% USG rate and averages 1.16 FP/min. For Dinwiddie with those same guys sidelined, he has a 33.9% USG rate and averages 1.35 FP/min. The Rockets are a bottom-three defense and a top-three team in pace. Both things are ideal for the Mavs guards.

The Warriors are resting a bunch of guys here and that should – key word SHOULD – mean Jonathan Kuminga ($13) will play a big role against Miami. This is a tough spot, sure, but Kuminga should see higher usage with both Draymond Green and Otto Porter Jr. out. With everyone off the floor, Kuminga has a 25.1% USG rate and has .97 FP/min as well. In each of the last three games Kuminga has played at least 26 minutes in, he’s put up 30+ DKP. GPP option only, however, considering how much Steve Kerr messes with the rotations.