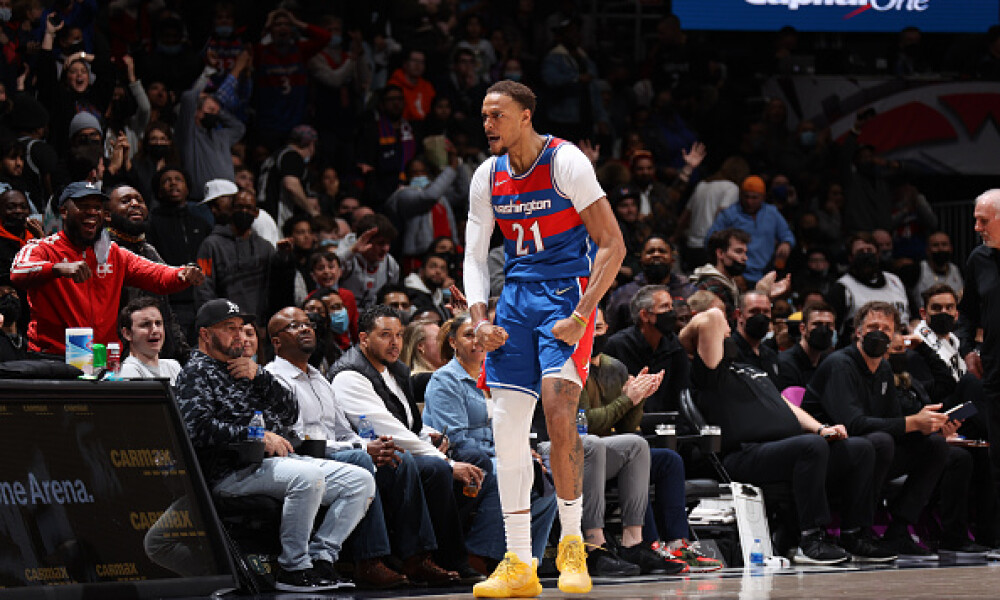 We have six games on tonight's slate and there is a lot of value available to us. Thing is, we could have a lot more with names like LeBron James, Fred VanVleet, and Anthony Edwards amongst others listed as questionable. For now, here are my favorite options for DraftKings, FanDuel, and Yahoo! Fantasy!

It’s hard to go back to well on someone after they let you down. It’s even harder when it’s SO fresh in your mind because they let you down just yesterday! However, let’s give him a pass, yeah? His entire team didn’t show up and the Raptors did not MISS from the field despite missing two of its top players. Johnson has been playing a lot recently as he topped 29 minutes in the three games prior to Monday’s contest. In each of those games, he put up at least 21 DKP and showed us a 30 FP ceiling as well. Some Brooklyn players have been quoted today saying this is a must-win game and Johnson has been one of their most consistent players in the recent weeks.

The Wizards never committed to Thomas Bryant even though they were using him in the starting lineup and that’s clear now. Gafford has started the last two games and has played well, averaging 26.2 minutes and 27.4 DKP/game. Detroit has been the worst rebounding team in basketball this season, so if there was ever a game Gafford double-doubled, this could be it. If he’s starting again, he could be viable in all formats at this salary.

I have to tell you, I’m not 100% sold on Howard here, but with the Lakers down Anthony Davis and waiving DeAndre Jordan, I’m not sure what other option they have. LeBron James also happens to be banged up and they could, in theory, use him as a small-ball center against a Mavs team that can play small with Dwight Powell and Maxi Kleber, but Howard also doesn’t need a ton of run to have success. After 26 minutes the first game back from break, that decreased to 22 and the production took a dip as well. If he’s starting, however, I have interest.

After missing two games, Bullock’s price is back down to 3.7K. He’s starting and playing 33+ minutes as well, so I like the play here. The Lakers' defense has been horrible, ranking 20th in DRtg over the last three weeks. Bullock has two steals or blocks in each of the last two games and we know that’s something he can do considering the three-and-D nature of his game. I like the pace-up spot for Dallas too.

The Clippers and Rockets are playing a lot lately and Zubac is a fan of that because he’s torched them twice in a row. He’s double-doubled against them in two consecutive games and is coming off a 53 Y! FP game against them over the weekend. Zubac has been really good in general of late notching three double-doubles in four games and four over his last six. Houston is the worst defensive unit in basketball and they also are first in pace. Zubac is simply too cheap on Yahoo to pass up on!

It’s very hard to predict Steve Kerr’s rotations outside of the core group of guys, so Payton may end up playing 12 minutes here and I wouldn’t be shocked in the slightest. That said, Payton’s played a bunch lately, topping 25 minutes in two of his last three games. In each of those games, he’s put up 27+ DKP. He’s a defensive wizard, which is why I prefer to play him on sites like Yahoo or FanDuel. He has two or more steals in three straight while also scoring 10+ points in each. GPPs only because of the volatility with his minutes, however.

Note: If Fred VanVleet and OG Anunoby both sit out, Malachi Flynn is the best value on the board and Precious Achiuwa and Thaddeus Young are very strong as well.