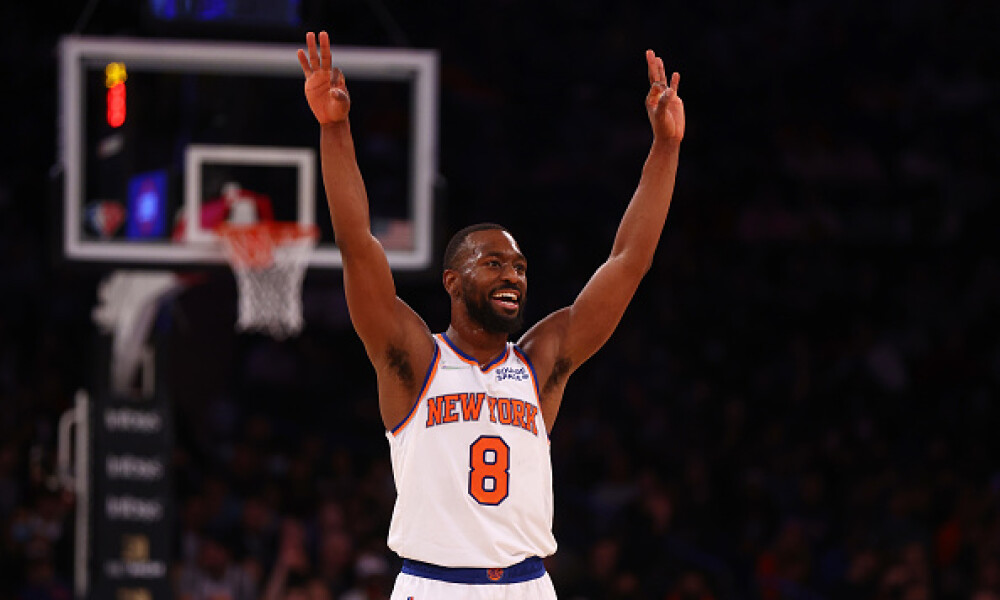 Happy Monday #FANation! We kick off the week with a nice eight game NBA DFS main slate and I have some top value plays to build your lineups around for DraftKings, FanDuel and Yahoo so let's get to it!

Note, all players listed below can be used across platforms even if designated under specific sites.

Ty Jerome, PG OKC - With Shai Gilgeous-Alexander out of the lineup due to injury we expect to see Jerome enter the starting lineup which has been the case when SGA has missed time this year. Jerome is just $3,300 on DraftKings and has 24.6% usage rate with SGA off the floor this season. There aren't a ton of spend up options on this slate but Jerome is a nice piece to help you build a top loaded "fair and balance" build today.

Jonathan Kuminga, PF GSW - So, we don't know for sure if Kuminga is going to start as he seems to currently be in the doghouse with Steve Kerr after picking up a technical foul against the Pacers a few games ago but the Warriors have already announced that Otto Porter will be out for tonight on the first leg of their back-to-back. Porter replaced Kuminga in the starting lineup so we are only assuming that Kuminga moves back into the starting lineup with Porter out. Kuminga has been a very active and productive fantasy player when on the floor this season as long as he stays out of foul trouble.

Garrison Mathews, SF HOU - With Kevin Porter Jr. out of the lineup the other day we saw Matthews play 36 minutes against the Blazers and finish with 31.7 FD points. With KPJ questionable to play once again as he deals with the leagues covid protocols we should see Matthews once again in line to play a big role for Houston tonight. Matthews has really had a breakout season for the Rockets and in games where he has played at least 30 minutes this year he is averaging 17.9 points, 3.8 rebounds, 1.25 steals and 4.0 three-pointers per game.

Kemba Walker, PG NYK - Walker played 29 minutes against the Bucks a few nights ago and while the production didn't jump off the page, he did enough to fill the stat sheet and give us 25.5 FD points. If we are going to get close to 30 minutes from Walker then he is just far too cheap, especially in this matchup against a Kings team that struggles defensively. If looking for a value point guard tonight this is where I am looking, especially since Ty Jerome is shooting guard only on FanDuel.

Justise Winslow, PF LAC - So, Winslow is starting to see increased run with Marcus Morris and then Nicolas Batum being out of the Clippers lineup. Morris returned to the Clippers rotation on Sunday but Batum ended up taking the seat. With the Clippers playing on a back-to-back it wouldn't shock me if Morris was rested here and we still are unsure if Batum will be active. Over the last three games Winslow is averaging about 24 minutes a game while going for 26, 34 and 33 fantasy points. Only consider him if one or both of the aforementioned players are ruled out.

Davion Mitchell, PG SAC - With De'Aaron Fox and Terance Davis out of the lineup we have seen Mitchell move into the starting lineup and be productive. We know that Davis is not going to play today but Fox is currently listed as questionable. Even if Fox is active, the absence of Davis should secure Mitchell's role off the bench as the backup guard in this matchup against the Knicks. Over the last two games Mitchell is averaging 30 minutes of playing time while having gone for 29 fantasy points in both contests.