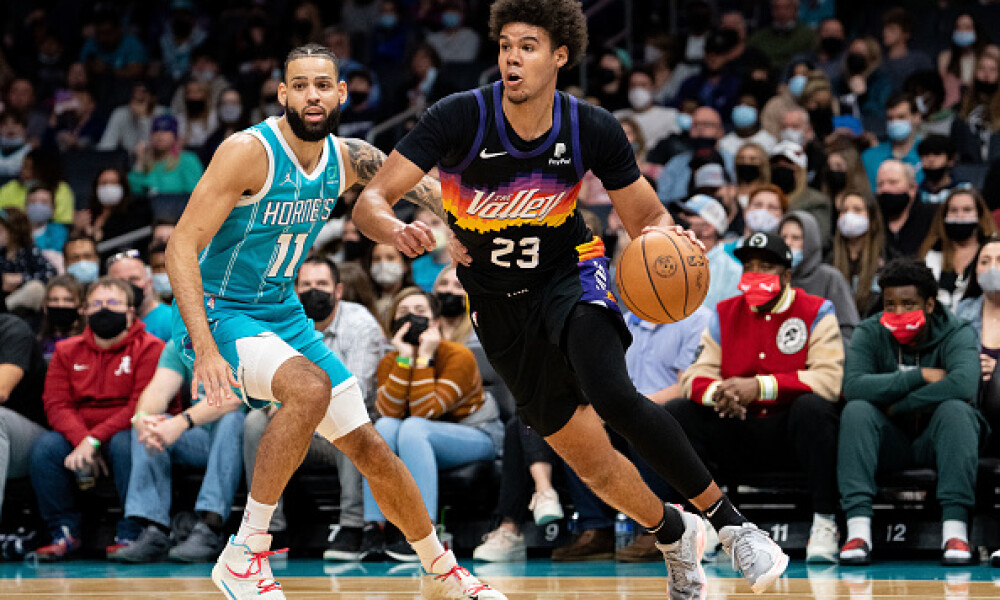 It’s a huge 10-game slate and there is a LOT of potential value that could open up depending on how some injury news breaks. However, we’ll have to watch out for the guys currently listed as questionable before making any final decisions. For now, here are my top value options of the day!

The Suns are missing a LOT of key members in their front court with the likes of Deandre Ayton, Jae Crowder and JaVale McGee. We saw Johnson start the last game and play 38 minutes, notching 35 DKP. With those guys off the floor, Johnson has averaged a very respectable .89 FP/min and the kicker is how cheap he is here. Utah has not been the same team defensively this month as they rank 24th in DRtg. Johnson stands out in a big way here.

We haven’t seen DiVincenzo’s minutes as high as they were last time out, playing 24 minutes. He was awesome during his time on the floor scoring 20 actual and 30.25 DKP. With Grayson Allen out here, DDV could be extended even further and if he comes even close to 30 minutes here, he could be a key piece to the slate.

Whiteside wasn’t great by any stretch last game, but he was able to play 32 minutes in his return to action after missing six straight contests. He fell just one rebound shy of a double-double and we know Whiteside’s upside defensively. He’s averaged two blocks per game in games he’s topped 30 minutes in and there is no reason to think he can’t notch that number here.

I’m VERY, very tilted as to what happened last night with Washington getting thrown out. BUT, I’m willing to go back to the well here. Washington had been playing extremely well in the two games prior to his ejection and is firmly back in the Hornets rotation. He’s been as good defensively as he has offensively and we know how valuable defensive numbers on FD are. He had two blocks in three straight games heading into Tuesday’s contest.

The Suns are without Deandre Ayton, JaVale McGee and Frank Kaminsky here. Jalen Smith is back out of the rotation and Biyombo has been the guy for PHX in the middle of their defense. It hasn’t been about defense for Biyombo, however, as he has back-to-back double-doubles and has double-doubled in three of his last four games. He has 16+ points and 13+ rebounds in each of those double-doubles too. He’s simply too cheap for the type of production he’s putting up.

We now know Marcus Morris has once again been ruled out, so the Clippers will need an influx of scoring. They’ve gotten that out of Kennard the last two games but especially on Tuesday when he scored 25 actual points. This is a great match-up as Orlando ranks 24th in DRtg this season. Kennard has put up 24+ Y! pts in four of his last six games. Very solid GPP option on this slate.