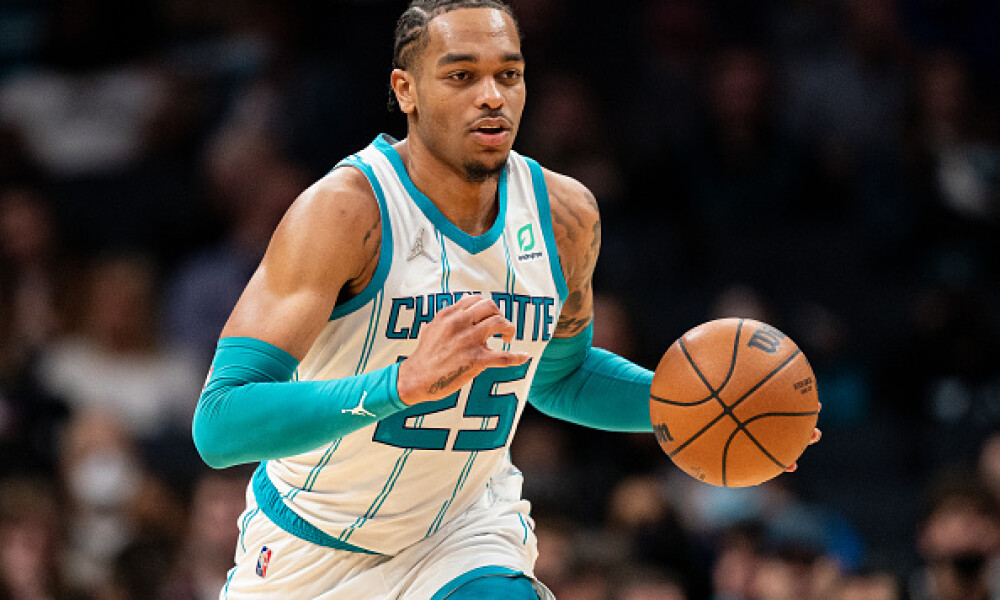 Nine games on tonight's NBA DFS main slate and it is getting wild out there folks with players being ruled out left and right. With those players out it opens up some nice value in tonight's DFS player pool. Let's check out tonight's slate!

P.J. Washington, CHA C- Great matchup for Washington here with the Raptors generally playing smaller in their front court and now with Gordon Hayward also out of the lineup that will shorten up that front court rotation. Washington has seen increased minutes over the last two games and has been very productive given his price tag.

Gary Trent, TOR SG- Opposite side of that Hornets matchup tonight we have Gary Trent who is going to get a nice usage bump with Fred VanVleet already ruled out and now Scottie Barnes listed as questionable. Either way, all season long we have seen Trent excel when a member of the initial starting core of the Raptors has been out of the lineup and I see no reason for that not to continue tonight.

Precious Achiuwa, TOR C - Achiuwa is getting the start tonight in a matchup that we love for opposing centers. Now, how long he actually plays will be a different story because we have seen Chris Boucher come off he bench and play big minutes so in your GPP lineups you may want to lean Boucher's way but if Scottie Barnes also gets ruled out tonight we could see both play big minutes.

Bryn Forbes, DEN SG - Dart throw play here but the Nuggets went out and traded for Forbes and now Will Barton is out of the lineup. We could very well see Forbes start tonight for Denver and he is just $3,300 on DraftKings.

Nickeil Alexander-Walker, NO SG- All of the Pelicans are out today with Hart, Ingram, Valanciunas and Graham on the sidelines. This is going to leave NAW open for a TON of shot attempts tonight and while he has struggled this season and the matchup isn't the greatest we are looking at pure volume here.

Garrett Temple, NO SF -  A lot of what is said about NAW applies here. Temple has been very productive this season when given starting minutes and given the role he will be asked to play tonight on the offensive end it is hard to ignore his price and upside even if the Pelicans lose in a blowout.

Wily Hernangomez/Jaxson Hayes, NO C - One of these two will start with Valanciunas out tonight. Hernangomez had been starting in place of Valanciunas this season but lately he has been out of the rotation in favor of Hayes. Either way this entire team will be the chalk tonight.

Terance Mann, LAC PF - Mann is starting in place of Marcus Morris tonight for the Clippers. He is a decent value that does a little bit of everything when on the floor. If you need a value power forward tonight I think we can lean in this direction. Nicolas Batum also very much in play.