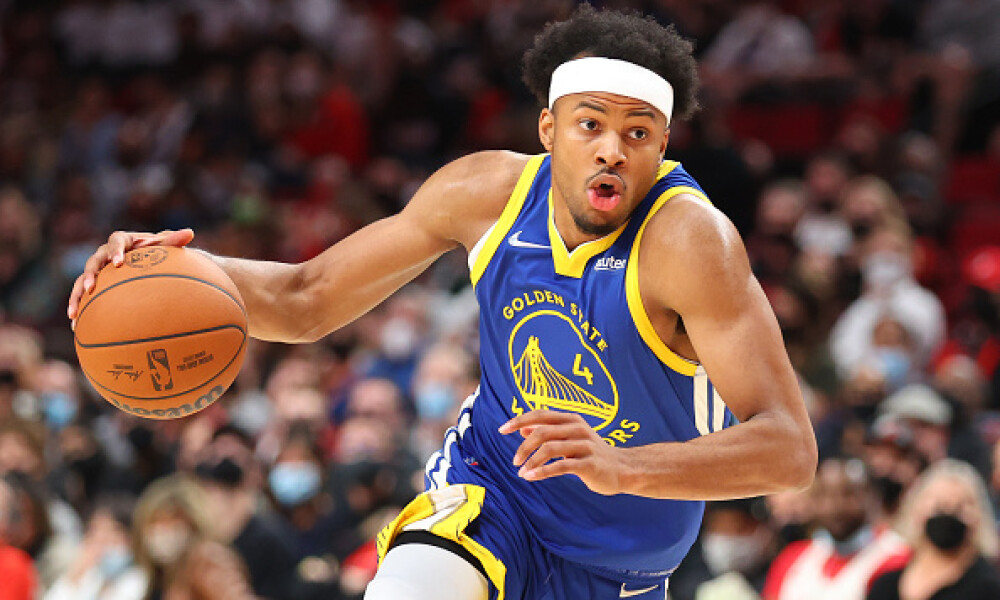 What's up FANation? We have six games on today's NBA DFS main slate for DraftKings, FanDuel and Yahoo! Let's take a look at the top value plays for each platform to build your lineups around!

Remember, all players listed below can be used across platforms as well.

Kevin Huerter, SG/SF ATL - Trae Young is questionable to play tonight and may be trending more out than in after not going through the contact part of practice on Tuesday. The matchup here against the Suns is certainly tough but we have seen Huerter this season have some strong games when Young has been out of the lineup and that upside was on display the other night against the Raptors when he finished with 36 fantasy points.

Moses Moody, SG/SF GSW - Moody has started for Otto Porter in back-to-back games and with Porter once again questionable to play tonight, we may see him start here against the Kings for the third straight game. Moody went off the other night when the Warriors sat Curry, Thompson, Wiggins and Porter as he finished with 32.75 fantasy points over 37 minutes while hitting six three-pointers.

Isaiah Stewart, PF/C DET - Stewart has played a decent amount of minutes in each of the last two games with Detroit needing to have a more traditional center on the floor against some bigger lineups. With Karl-Anthony Towns facing Detroit tonight, I am expecting more of the same when it comes to near 30 minutes of playing time out of Stewart here in a matchup that is actually pretty favorable for centers with one caveat and that is foul trouble as Stewart is no stranger to racking up the fouls and Towns is a very active offensive player.

Coby White, PG/SG CHI - Zach LaVine has popped up on the injury list for today's game and is considered questionable to play. White is already playing a big role off the bench for the Bulls but he could find himself moved into the starting lineup tonight if LaVine is ruled out here against the Raptors in what should be a favorable game to have exposure to.

Taurean Prince, SF MIN - James Grande brought this one up during the NBA DFS Podcast last night so I'm down to throw the dart at Prince in this matchup against the Pistons. Over the last three games, he has played 24 minutes in all three contests while going for 29, 23.9 and 43.8 fantasy points. Prince could see some blowout run here as well if this game gets out of hand with the Timberwolves currently seven-point road favorites.

San Antonio Spurs - Just a blanket statement here with Dejounte Murray questionable and Jakob Poeltl already ruled out. Whomever enters the starting lineup in place of these two will be decent value plays but overall any of the following group that involves Tre Jones, Lonnie Walker, Devin Vassell, Drew Eubanks, Thaddeus Young or even a possible returning Zach Collins could have value tonight.