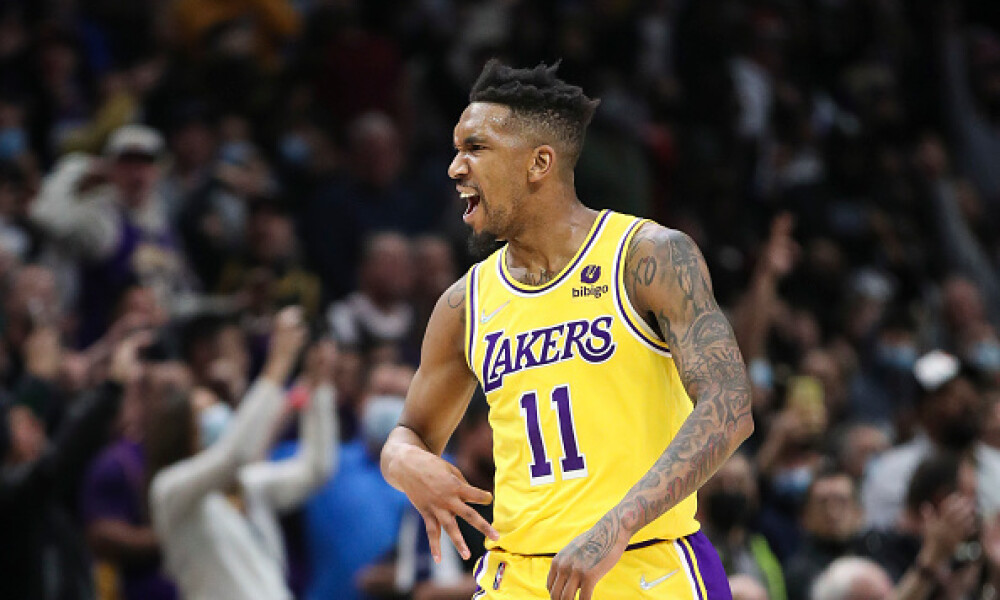 We got nine games on tonight's NBA slate and with it comes some value plays to target when building your lineups tonight for DraftKings, FanDuel and Yahoo so let's get to the action!

Montrezl Harrell, C CHA - Harrell has really played well for the Hornets since the trade as he continues to play big minutes off the bench for Charlotte while providing that instant scoring punch. Harrell has had success in this matchup against the Raptors this season, averaging 31.8 fantasy points in four matchups already this season as a member of the Wizards.

Malik Monk, SG LAL - We already know that Anthony Davis is out of the lineup tonight for the Lakers but we could see LeBron James sit out as well. Assuming that LBJ plays, Monk is still a player to target in this matchup against the Clippers given his breakout first half of the season. In two games against the Clippers this year Monk is averaging 37.6 fantasy points.

Cameron Johnson, SF PHO - With Chris Paul out of the lineup we saw Johnson start for the Suns last night and finish with 37 fantasy points over 31 minutes. I have zero problem running it back with him tonight, especially with news that Aaron Holiday is not active for tonight's contest as well.

Chuma Okeke, PF ORL - Okeke has been playing big minutes off the bench for the Magic given his ability to play both the small and power forward positions. With Mo Bamba getting phased out a bit of late it has been Okeke that has benefited, scoring at least 21 FP in six straight games.

Ish Smith, PG WAS - Ish played 27 minutes in the final game before the break and finished with 29 fantasy points. He has played at least 20 minutes in each game since the trade to Washington and is averaging over a fantasy point per minute for the Wizards.

Rui Hachimura, PF WAS - While the Wizards are not a great team, they do have some good value plays and Hachimura falls into that category. He played 27 minutes in the final game before the break and finished with 25 fantasy points. With Kristaps Porzingis ruled out we should hope to see Hachimura continue to play close to 30 minutes tonight.

Lonnie Walker, PG SAS - It seems as though Walker has taken on the role vacated by Derrick White as the  Spurs guard has played 30, 26 and 28 minutes since the trade and over the last two games he has gone for 28.75 and 33.25 fantasy points.

Luke Kennard, SG LAC - Stacking this Clippers/Lakers game may be popular tonight and Kennard has started to see increased run following the injury to Norman Powell. He popped off in the blowout win over the Rockets for 36 fantasy points.