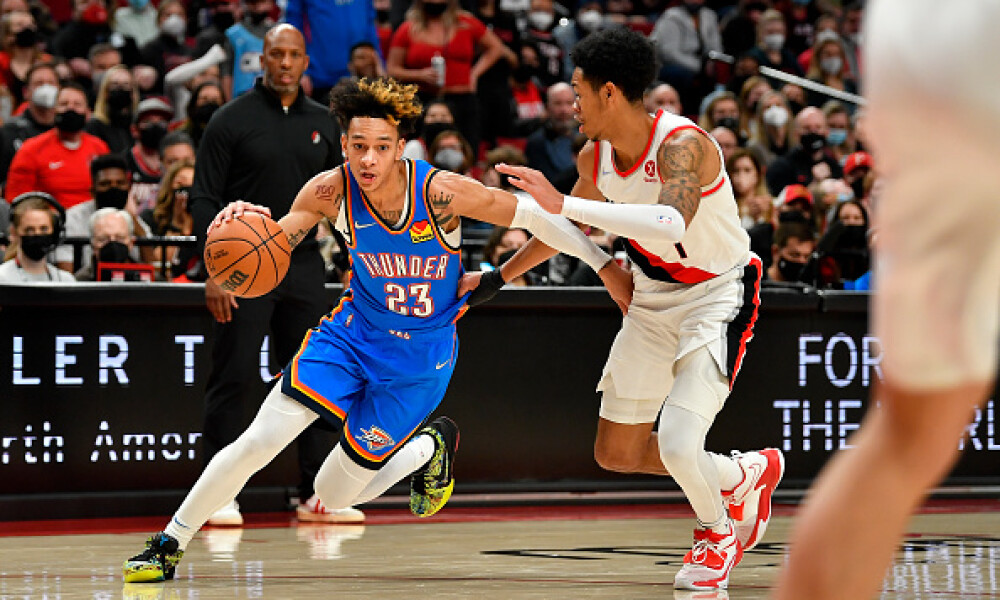 De’Andre Hunter, SF ATL ($4,700) – I was on Hunter last night, and that doesn’t change tonight after he scored 18 points in 35 minutes against Cleveland. While that was the majority of his production, Hunter has an easy path to 5x value, at a minimum, once again tonight in the starting lineup against Orlando. If Hunter can combine last night’s offensive effort with the six rebounds and three assists from his previous game, then we are over 30 fantasy points.

Corey Kispert, SG WAS ($4,300) – Kispert continues to start for Washington and play 30-plus minutes, and that is an ideal place to begin. After three straight games of double digit shot attempts, Kispert dropped down to nine on Monday and finished with 10 points and four rebounds in 33 minutes of action. While that was underwhelming compared to the 20 points Kispert scored in two of his three previous games, the overall picture is favorable based on the price.

Payton Pritchard, PG/SG BOS ($3,500) – Boston enters tonight pretty banged up in the backcourt, so that could mean some additional minutes for Pritchard. The Celtics also played last night, and defeated Philadelphia with ease, so that could fare into some of their roster decisions tonight, and Pritchard finished with 19 minutes of playing time. Despite scoring just five points, Pritchard did have an impact as he handed out seven assists and grabbed two rebounds. Tonight’s matchup against Detroit is also pretty favorable, so that is another factor working in Pritchard’s favor as far as playing time goes.

Goga Bitadze, C IND ($4,200) – If you want to save money at the center position, Bitadze provides a nice opportunity to do so tonight. Of course, that does come with some risk as his playing time can fluctuate on a nightly basis, but he is in the starting lineup and the Pacers are thin in the frontcourt, so we should get 20 to 25 minutes out of Bitadze tonight. In 25 minutes last night, Bitadze, came close to a 6x return as he scored 12 points and grabbed six rebounds to go along with four assists against Milwaukee. Expecting a repeat performance isn’t unreasonable.

Tre Mann, PG OKC ($12) – While we can’t chase the 30-points that Mann put up on Monday against the Knicks in a game that went into overtime, it is something the young guard is certainly capable of on a nightly basis. Mann is starting for Oklahoma City as they are shorthanded both offensively, and in the backcourt, and at the very least, we know he is going to see double-digit shot attempts. At this price, I’m willing to find out how efficient he can be.

Kemba Walker, PG NYK ($10) – Walker stands out to me here as a starting point guard who we can roster at minimum price tonight. Based on what we have seen from Walker as of late, he should play around 25 minutes tonight and he also benefits from RJ Barrett likely missing the Knicks’ last game before the All-Star break, the offensive opportunities should be there tonight against the Nets. In his last three games, Walker has averaged just over 10 shots per game and he is coming off a nine point, five assist, three rebound performance on Monday.