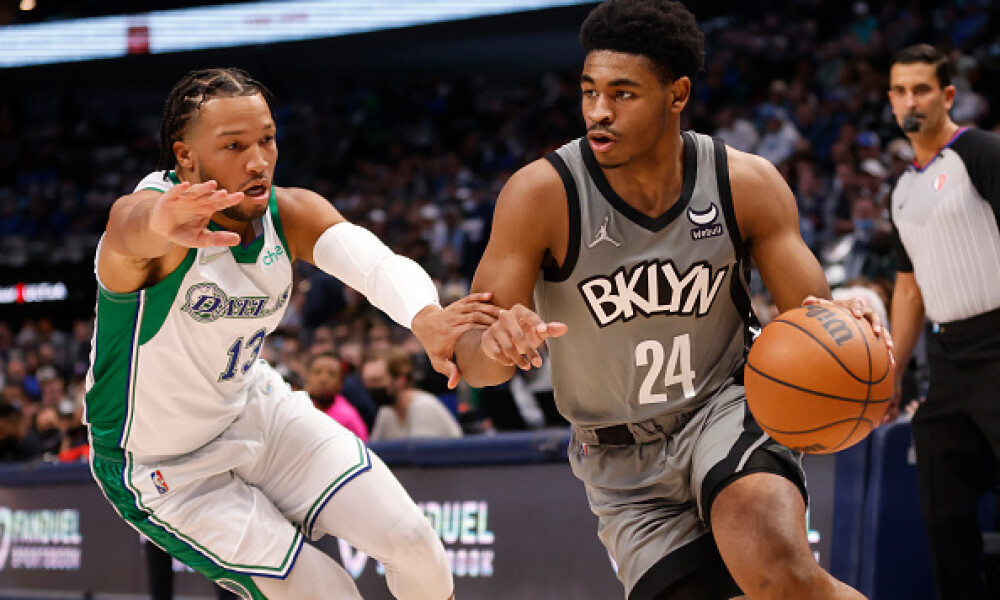 Generally in our value vault, we break down our favorite options on a per site basis but with how many players have already been ruled out and with how many teams are being impacted by COVID-19 or resting guys, almost every single one of the guys below are viable across all platforms.

It’s very hard to quantify the numbers with all of these Warriors out because it just doesn’t happen. There hasn’t been a time where Curry, Green, Wiggins, Poole, Porter and Iguodala haven’t played this year. But that shows you how depleted they are headed into today.

Above are my four favorite Warriors of the nine available. Payton is a threat on both ends of the floor and has averaged .93 FP/min while on the floor this year. Bjelica has a whopping 1.09 FP/min average and we’ve seen him have plenty of success this year and in years past when he’s simply given the opportunity. Jonathan Kuminga only has 148 minutes of a sample size, but during that span he has a very solid 23.4% USG rate, which is actually the fourth highest on the team. Toscano-Anderson ALWAYS steps up when his number is called and in each of the last two games he played at least 26 minutes in he poured in 25+ DKP.

The guys I didn’t mention are firmly in play too, but I’m not listing all nine guys.

Brooklyn’s whole entire roster is essentially in health and safety protocols so here we are. The last guys standing. Duke has started two games in a row and has played 32+ minutes in each. Although he hasn’t shot the ball well, he’s doing a little of everything and it’s not like he doesn’t have time to get his shot right, they don’t have anyone else!

I was all over Cam Thomas' bounce back last time out and he started hot, but didn’t do much after that. I’m definitely willing to go back to that well again here considering Kevin Durant has been added to the health and safety protocols, which means more time opening up for Thomas from shooting-guard to power-forward. Edwards has been the best of the four guys through two games and the Nets are just going to leave him on the floor and let him rock.

Sharpe is the interesting guy here because with Nic Claxton doubtful, the center position is on Sharpe’s shoulders. He’s played 13 minutes in each of the last two games, averaging right around 13 FP/game and he’s going to give us a FP/min at 3.9K with the potential he plays 30+ minutes here, we’re in a great spot using him.

On the flipside of that Brooklyn game, we have Chuma Okeke who is coming off a career night on Friday and is looking to duplicate his performance on Saturday. Wendell Carter is listed as doubtful after being wheelchaired out of Friday’s game and Mo Bamba has been placed in COVID-19 protocols. Okeke had started two straight games for Bamba, averaging 35.5 minutes per game and notched his first double-double of the year last night. It’s hard to envision a scenario, with all that Orlando is dealing with, that he’s not one of the highest owned plays of the slate on Saturday.

We’re going to see if Lopez’s body can hold up on the second leg of a back-to-back after playing 33 minutes last night, but boy do they need it to. He was really, really good, pouring in 18 points, seven rebounds, three assists and a block, on his way to 32.25 DKP. He’s just $300 off min salary on DK and with Bamba, Mo Wagner and potentially no Wendell Carter, Lopez is in for another hefty workload.

With Collin Sexton, Evan Mobley and Isaac Okoro out, all three mainstays of the Cavs rotation, Rubio figures to pick a huge role. With those guys out, Rubio actually leads the Cavs with a 26.5% USG rate and has a 1.06 FP/min average as well. Milwaukee is depleted and Rubio could pick apart their defense with his scoring, but the way he sets up his teammates as well. He’s a solid tournament option.