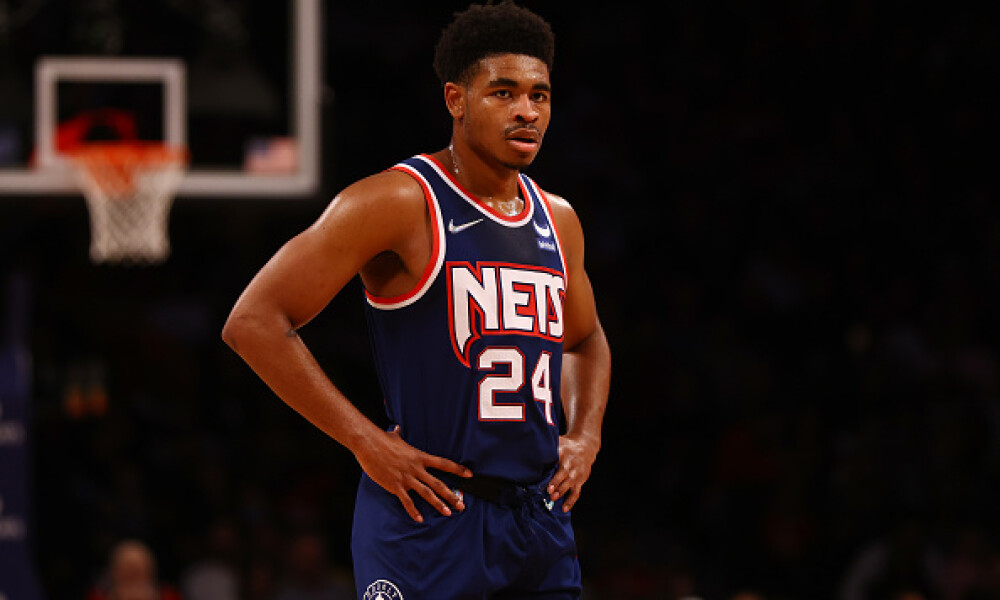 I’m clumping them together because they’re all in play once again. Brooklyn may very well roll into this game with eight players due to all the guys in the Covid-19 protocols. If that’s the case, we should expect their starting lineup to remain the same as it was the other day:

The value plays at large are Duke, Claxton, Kessler Edwards, Griffin and Cameron Thomas. The chalky values will be Duke, Claxton, Griffin and Edwards - but Thomas may very well be the forgotten guy. That would be a mistake, however, because Thomas has been a regular in the rotation and playing the most out of all of them even before the team was ravaged with Covid issues. They’re ALL back in play on Thursday.

It’s been a disappointing stretch for Bey and there is absolutely no denying that, but this is an opportunity for him to get back on track. The Pistons are without both Jerami Grant and Kelly Olynyk and with hose guys off the floor, Bey is tied for the team lead in FP/min increase. His 20.8% usage rate isn’t bad without them either. Since the start of December, the Pacers rank 22nd in DRtg as a team - so it’s a quality match-up for Bey here.

With Devin Booker out, the Suns have been using Landry Shamet in their starting lineup but Cameron Payne has been the biggest beneficiary here. He’s played 29+ minutes in two straight games, 22+ in three straight and has scored 12+ actual points and 23+ DKP in those three games. With Booker and Frank Kaminsky off the floor this year, Payne has a robust 30% usage rate.

Although it’s likely that Aaron Holiday starts, Raul Neto is the value option we want here. The reason someone is sliding into the starting lineup is because it’s a back-to-back and Spencer Dinwiddie has been ruled out here. Each of the last two times Dinwiddie has sat out, Neto has gotten more run than Holiday and Neto, two times ago, had 13 points, six assists and five rebounds across 24 minutes.

The Rockets are down their big guns and are playing the second leg of a back-to-back. Thing is, Gordon didn’t play the front end of the back-to-back and is in a position to be the go-to guy for the Rockets offense here. There is a chance Christian Wood plays, but Kevin Porter and Jalen Green are out and when those guys are off the floor, Gordon has a 26.8% USG and averages .98 FP/min. If Wood’s out, that USG spikes to nearly 28%. He’s a great value at this price point.