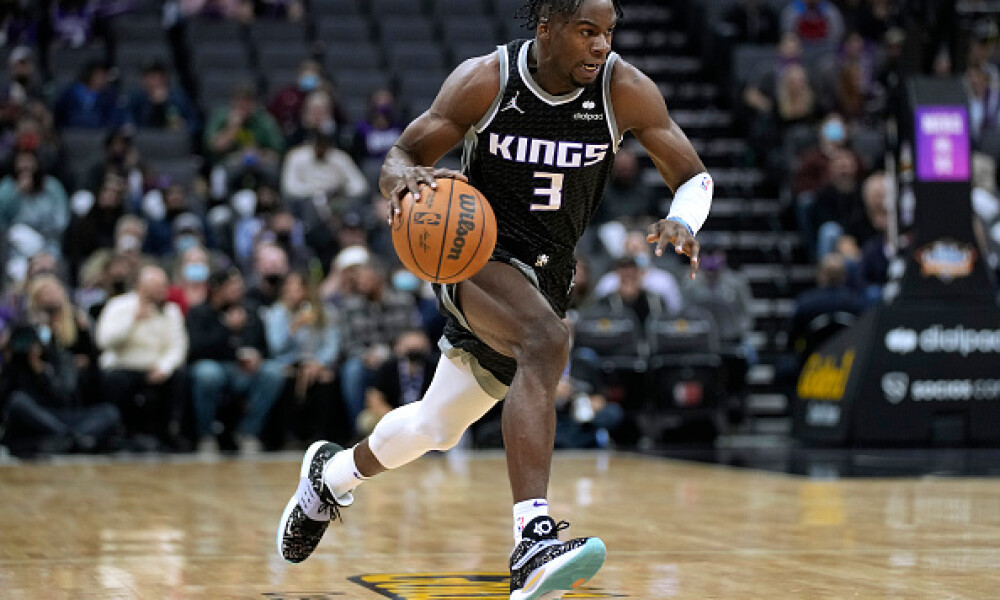 Terence Davis, SG/SG @ CLE ($3,700) – We strive for originality here, but this is so glaring that I can’t help myself. Davis is still projected to the be in the starting lineup for Sacramento tonight, and based on his performance, he continues all of the playing time we can handle; even if it was just 22 minutes last night. Foul trouble was an issue though, as for the second straight night Davis was one foul away from disqualification. Davis was efficient though as he scored 19 points while grabbing eight rebounds which was good for 38 DK points. And in perhaps the most shocking thing, his price dropped $300 for tonight.

Armoni Brooks, PG/SG @ MEM ($4,000) – Sign me up for a starting point guard at this price. After moving into the starting lineup two games ago, Brooks hasn’t disappointed. Brooks went for 14 points, five rebounds, and four assists on Wednesday (30.25 DK points) and followed that up with 21 points, five rebounds, and three assists last night (35.75 DK points). The good news about Brooks playing last night, is that his price hasn’t increased. We do have to at least be cautious of some variability as 13 of Brooks 17 field goal attempts last night (he made four of them) came from downtown. At this price though, it’s still hard to ignore him.

Caleb Martin, SG/SG vs. CHI ($4,900) – Martin’s price has begun to climb, but it’s still pretty easy to fit him into a lineup at this price. Five of Martin’s last six games have seen him score in double figures and it’s pretty difficult to ignore his 28-point, eight rebound effort against Milwaukee on Wednesday. To say that Martin has taken advantage of the opportunity to move into the starting lineup is an understatement.

Garrison Mathews, SF @ MEM ($4,900) – Houston is an interesting place when it comes to both value and opportunity. For as much as you may be doubting things, Mathews appears to be finding a groove in the Rockets’ starting lineup consistently playing over 30 minutes per night. In his last two games, Mathews is averaging 38.5 minutes of action and he is making use of his playing time with 21 points, three rebounds, 1.5 blocks, and 2.5 steals. Even before that recent bump, Mathews was consistently at 5x-6x value so this isn’t coming out of nowhere either.

Kyle Anderson, SF vs. HOU ($10) – After missing four games, Anderson returned to action on Thursday and got 15 minutes of run. The forward will be one of the first options off the bench for Memphis but we do have to at least be a little concerned with his playing time although the absence of Ja Morant and Dillon Brooks does help here. Even on Thursday, Anderson generally does a good job at filling the stat sheet as he went for seven points, four rebounds, and four assists.

Marvin Bagley III, PF @ CLE ($10) – Despite Bagley coming off the bench and Alex Len starting, the former is the better option tonight as Richaun Holmes misses one more game. Last night Bagley made his presence felt, albeit against Charlotte in a high scoring affair that didn’t offer up much resistance, with 15 points and 10 rebounds in 27 minutes of action. The good news here is that Bagley is still at minimum price so why not look for a repeat?