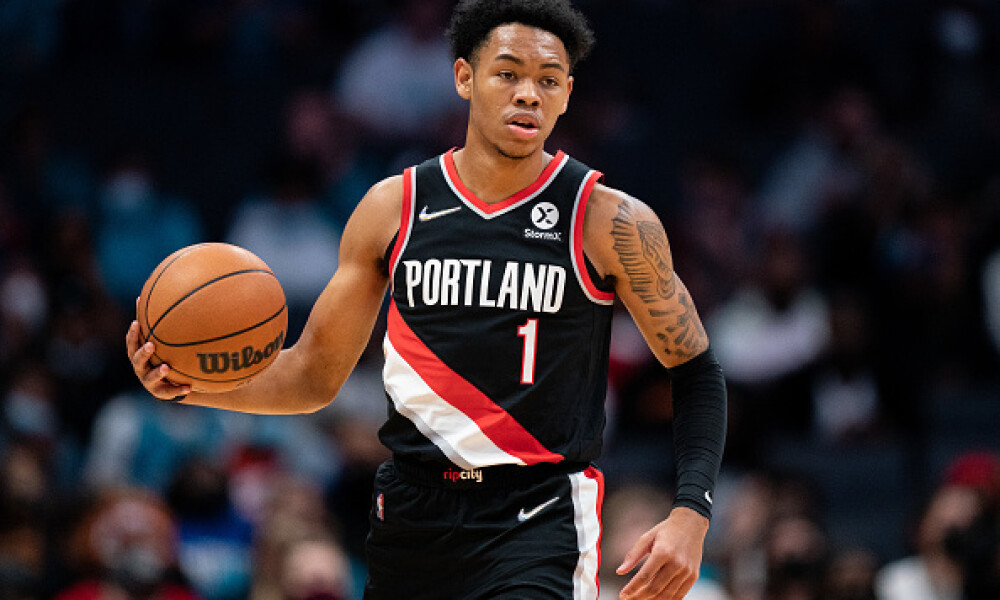 We have a seven-game slate to kick off the week and yet another slate where injuries and players in COVID protocols are creating some clear value plays to build our lineups around. Let's take a look at the top values of this slate!

Ok, so maybe he isn't the cheapest value on the board but given the circumstances right now in Portland with Damian Lillard, C.J. McCollum and now Norman Powell all out of the lineup, Simons is a great value at his price. He scored 31 points last night against the Kings and will face a Nets team that isn't the greatest on defense, especially with the fact that Kyrie Irving will be active for this game. Simons figures to be a core part of many lineups tonight.

Not so much of a value on FanDuel and this play will likely depend on the health status of both Malcolm Brogdon and Caris LeVert, but at least on the outset we should be looking at Stephenson on DraftKings and Yahoo. Over the last two games he has given us 54 and 42 fantasy points while putting on an array of skills on display. In the first game, he scored 30 points and in the second game he dished out 14 assists. The matchup against Boston, though, could be a tough one here with the likelihood he faces off against Marcus Smart and Jaylen Brown.

LaMarcus Aldridge is questionable to play tonight with a foot injury. While I do think LMA plays given the return to Portland, I'm not shook off of Claxton. He's been seeing steady minutes in the starting lineup lately for the Nets and has been producing. Over the last six games, he is averaging 29.2 fantasy points over 27 minutes.

Quickley started against the Celtics the other night and looked strong, but that start came due to the fact that Evan Fournier was out of the lineup. Tonight the Knicks could have back BOTH Fournier and Kemba Walker which would limit the upside of Quickley, but boy is this matchup against the Spurs nice if one of those two end up missing this game.

Walker started against the Nets on Sunday and scored 25 points with three rebounds, four assists, one block and one steal over 32 minutes. The Spurs are very shorthanded right now and I would fully expect Walker to be back in the starting lineup tonight in a good spot against the Knicks weak backcourt. Bryn Forbes gets an honorable mention here as well as he came off the bench, played 25 minutes and finished with 32 fantasy points.

Yep, another Spurs player. Primo played 39 minutes against the Nets on Sunday but shot poorly, just 4-for-16 from the floor and 2-for-7 from three-point range. What we like here however is the willingness to shoot the basketball, especially at this price range. If even a few more of those 16 shots fall in, we would be looking at 7-8x return.

Ok, so I have some worries that Rondo could be limited here on the second night of a back-to-back – especially after he played a whopping 29 minutes in his second game with the Cavaliers. Rondo did not start this game but he did finish it and put up yet another strong performance. This price tag is going to make him pretty popular today unless news comes out that would make him less appealing.

As I mentioned at the very top of this article, the Blazers are hurting badly right now at their wing scoring depth and the absences of Lillard, McCollum and Powell have put McLemore into the starting lineup. Foul trouble limited him to just 25 minutes last night night, but he shot 5-for-12 from the floor and was 3-for-8 from three-point range. He isn't a huge contributor of secondary stats but he's likely going to be a free shooter like we saw back on New Years Eve when he took 22 shots against the Lakers.