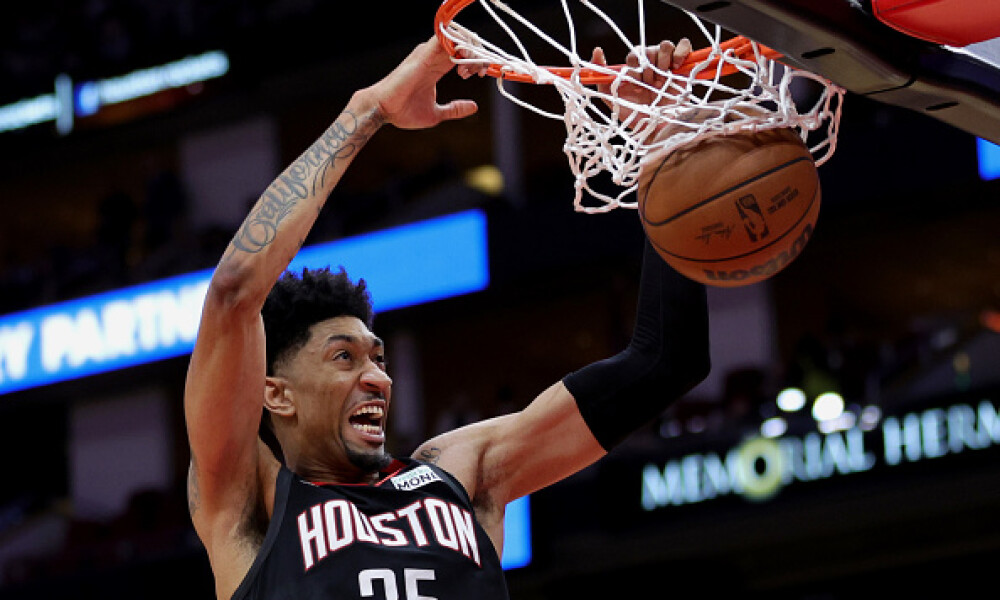 Tonight, we get one of the unusual, back-to-back with the same teams in the same cities as the Rockets face the Trail Blazers again. Even with a 231 total last night, some DFS players were left disappointed that the matchup against the two worst defenses in the NBA didn’t produce more. But we got to see what Christian Wood can do against a bad defense in limited playing time. He produced 36 DraftKings points in just 27 minutes of playing time. The Blazers are the fourth-worst team against centers in the last 30 games, so Wood should once again be able to pile up points.

For as bad as the Blazers have been against centers the last 30 games, the Rockets have been even worse, allowing 65 points per game to the position. They are dead last against that position and also against power forwards, so Trendon Watford should be able to continue his strong play including his 35 points in just 35 minutes last night. At just $14,700 and likely to play the most minutes on the team, Watford looks like a great MVP choice.

The minutes are the most frustrating thing with both of these tanking teams. The Rockets played 10 players between 20 and 28 minutes last night. The Blazers played nine guys between 19 and 30. Assuming Kevin Porter can tick up a little bit from his 26 minutes last night if the game is close, he could easily surpass 40 points tonight. He got 30.5 DraftKings points in just 27 minutes last night and the Blazers allow the most fantasy points to point guards in their last 15 games.

You might get sticker shock when you look at this Showdown slate and see a salary of $9,000 on someone like Drew Eubanks. But in the context of this game, it makes some sense. He hasn’t scored below 23 fantasy points in almost three weeks. Plus, the Rockets are not only the worst against centers, but they also are the second-fastest team by Pace and have the worst overall defensive rating in the league.

Brandon Williams started at point guard last night and the conventional wisdom is that he will again tonight (although conventional wisdom is out the window with these two tanking teams). He bombed in that excellent spot last night, producing only eight fantasy points in 24 minutes, including a -30 in plus-minus. But he shot just 1-for-10 from the floor and missed all of his three-pointers. Against a defense like Houston, that is unlikely to continue, so count on the minutes and matchup and not the line from last night.

It’s not a hot take to say Jalen Green has disappointed as a rookie. He is on a team where he should be dominating, but his performances have been so up and down and he is nowhere near the top of the Rookie of the Year award odds. But he has scored at least 25 DK points in 12 of his last 14 games, including eight over 30 points. The Blazers allow the second-most fantasy points to shooting guards in their last seven games, and if Josh Hart and Justise Winslow are out again, feel free to fire up Green against inferior defenders.

DFS players were thrown for a loop last night when it was announced the Blazers removed Kris Dunn from the starting lineup, sending him to a sixth-man role. He still put up 29 fantasy points in just 19 minutes. He has that kind of points-per-minute upside because of his assists and steals. If he can get 20-22 minutes tonight, he will smash his $5,600 salary.

Jae'Sean Tate is one of the few Rockets who can be counted on to always start, always play around 24 minutes, and always score between 20-30 fantasy points. Considering the headache of a rotation the Rockets give us, Tate’s floor is a valuable asset at just $5,200 tonight. He put up 28 points in just 23 minutes last night and is always active on the boards.