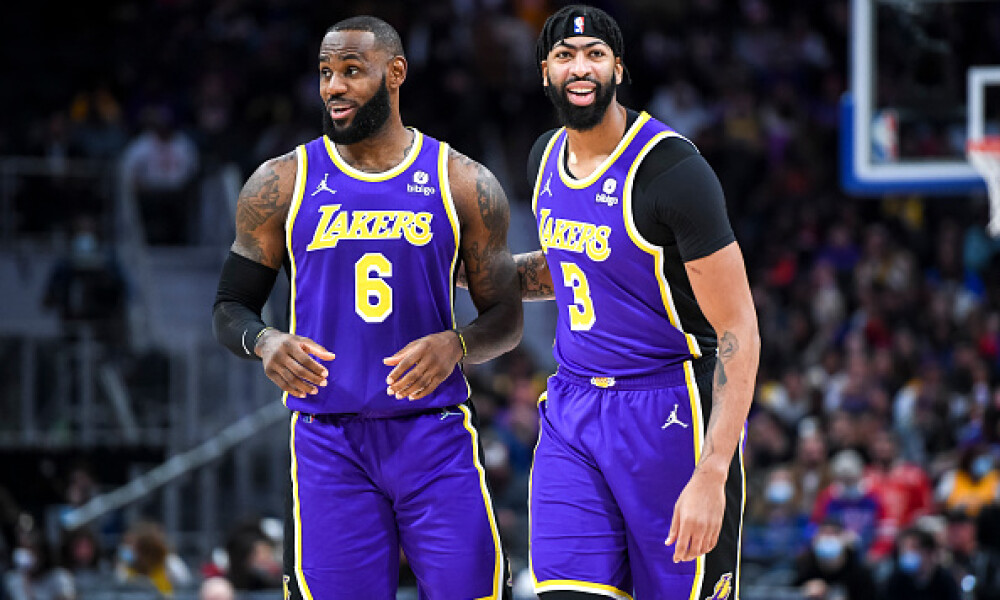 Anthony Davis, PF/C – Davis did not play last game with flu-like symptoms, so hopefully he is fully recovered and rested for this one. He is not on the morning injury report, which is a minor miracle, but all signs point to him being a full go tonight. That’s excellent news for our DFS lineups as the Kings allow the most fantasy points to the center position, including 22.4 points and 20.1 rebounds per game. They just allowed a slate-breaking performance to Jusuf Nurkic on Wednesday and I’ve heard Davis is slightly better than him. Play him in your MVP spot with confidence if there is no word of injury or illness.

De’Aaron Fox, PG – As bad as the Kings are against centers, the same story has been true for the Lakers against point guards this year. They allow 2.3 more fantasy points to the position than any other team in the league this year. Part of that is due to the turnstile defense from Russell Westbrook, and part of it is due to the up-tempo pace of the Lakers (second in the league). This looks like a spot where you can deploy Fox at an MVP salary much cheaper than the Lakers’ big three and have salary remaining for the studs throughout the rest of your lineup. Fox was at 32.5 fantasy points in just 27 minutes last game (turnover problems), so hopefully he is back in his regular mid-30’s tonight.

LeBron James, PG/SF - When both James and Westbrook are playing, I tend to side with James in an MVP-type spot based on the consistency we have seen this season. James provides that consistency we need in this spot, proven in his last handful of games. If we throw out the ugly Pistons’ incident, James averages 49 fantast points per game in his last five. This game pits two of the league’s top ten teams in pace and I certainly want a piece of Lebron if extra possessions are on the table. He is Questionable tonight with an abdominal injury, so pivoting to Davis at $300 more is the solution if he ends up sitting out.

Russell Westbrook, PG – In games without Lebron, Westbrook is often my go-to for MVP, but his stats take a significant hit when James is on the floor. In 11 games without Lebron this season, Westbrook averages 21.7 points, 9.4 assists, and 9.3 rebounds, according to Statmuse. When the two share the floor, Westbrook is at 17.8 points, 7.6 assists and 7.3 rebounds – all accompanied by a low 41.9% from the floor. Assuming they are both healthy, I would take the $6,000 discount and just play Westbrook in a Utility spot.

Tyrese Haliburton, PG/SG – New Kings’ coach Alvin Gentry has spent his first two games determining who he is comfortable playing big minutes in meaningful games. Fortunately, both games he coached have been decided by eight points or less, so we can see what his rotation will look like in normal conditions. Guys like Moe Harkless and Chimezie Metu are now ancillary pieces while the core of Fox, Barnes, Haliburton and Hield are getting huge run. The cheapest of those guys is Haliburton, who averages 34 minutes and 26.4 fantasy points in his last three. He often runs the point when Fox is on the bench, so the same reasons to play Fox apply to Haliburton. The Lakers will have trouble containing this duo.

Malik Monk, SG – The Lakers have established by now they are going to play a tight eight-man rotation with Dwight Howard sprinkling in a few minutes here and there. Monk has now solidified his spot in that rotation and averages 30 fantasy points in 32.5 minutes his last two games. The salary is Black Friday-esque $4,600 and he becomes even more attractive if Lebron happens to sit in this one.

Davion Mitchell, PG – The other player who seems to benefit from Coach Gentry’s ascension into the top spot is Davion Mitchell. In the past two games, he averages 27.5 minutes and his usage rate in his last four games is above 20%. In the Kings’ last games against the Blazers (another fast-paced affair against an opponent with strong guard play) Mitchell led the team with 30 minutes while scoring 16 points with three assists. At just $2,800 tonight, that will certainly work in our lineups.

Alex Len, C - You can’t get much better than a $1,000 salary for a big man who gets regular court time, especially when he started last game and Richaun Holmes is questionable with a right eye contusion. Whether or not Holmes starts, the pattern has been established that Len is going to get 15-18 minutes on the floor and he averages more than a fantasy point per minute this year (1.06). In his 17 minutes last game, he gave managers 21.25 points. At just $1,000, you have an easy opportunity to 20x that salary while also fitting all the studs you want in your other spots.