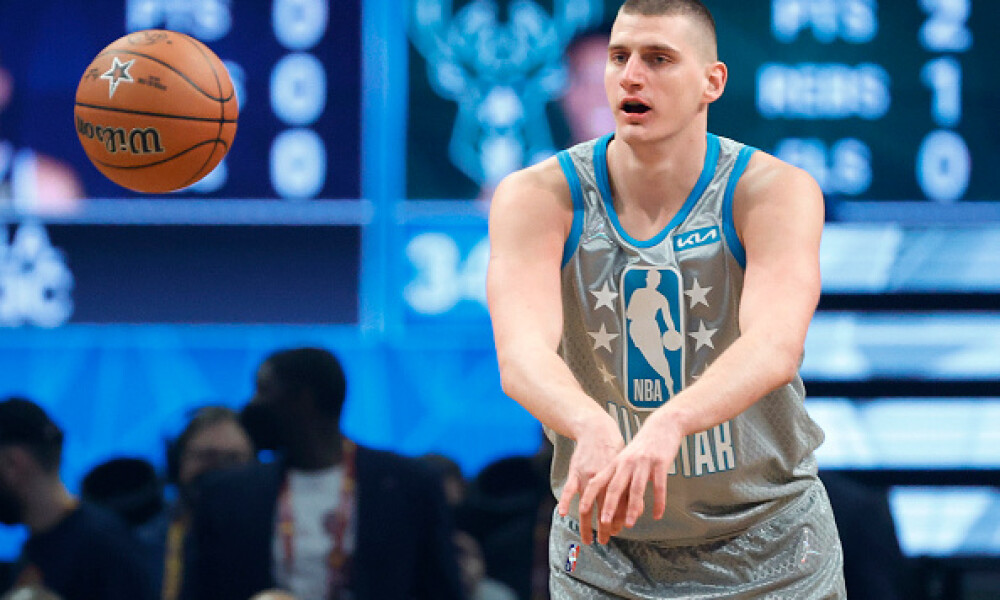 We just saw this match-up and Jokic fell one assist shy of a triple-double and still put up 65 DKP. He has that type of upside. Or should I say he has that type of floor? He’s averaging 65.5 DKP/game against the Kings this year. The Kings are 29th in DRtg and 24th in rebounding, so the domination should continue. The only question is can we fill out the rest of our roster comfortably with Jokic at captain?

Sabonis dominated the Nuggets the last time out, pouring in 33 points, 14 rebounds, five assists, and 62.5 DKP. Sabonis’ ability to do a little of everything really helps him stand out in fantasy when everything is in fact clicking. He’s $1.2K cheaper than Jokic at the captain spot if you needed money to save.

The only really OK spot in which you don’t hate the rest of your lineup and you can fit both Sabonis and Jokic while not using either one of them at CPT is playing Barton. You have a little north of $4.8K per player if you fill out your lineup like that. Barton lit Sacramento the hell up last time out as he scored 31 actual and 44 DKP. Barton has that in his bag and against the Kings 29th ranked defense, it’s possible he goes off again here.

Since returning from his ankle injury six games ago, Fox has scored 20+ actual points in all six, but the 20 he scored against the Nuggets was his lowest output of the bunch. Also, factor in that Sabonis had 33, it’s hard for both to go off when Sabonis was eating the way he was. Fox dropped 30 on Denver’s head earlier in the year and we know how inconsistent Sabonis can be at times. This may be his time to shine.

It’s impossible to trust Gordon’s production from game to game, but he’s been decent lately. He’s put up 28 and 33 DKP in each of his last two outings and has topped 24 DKP in six of seven, with five of the seven at 28+. It’s very hard to not want to attack the Kings with everything we can.

Morris has been really, really good lately, notching 23+ DKP in 10 of 11 games and 27+ in four of five. He’s averaged 16 points and 27.9 DKP across two meetings against Sacramento this year and we know De’Aaron Fox is not a good defender. Fox has a 116 DRtg this year and had a 118 mark last season.

Although he didn’t start last game, he played 30 minutes off the bench and wasn’t shy about shooting the ball with 10 attempts from the floor. With Tyrese Haliburton out of town, there’s plenty of run in Mitchell’s future.

I’m putting them together because they are essentially the same guy right about now. They’ve never seen a shot attempt that they don’t like and if they are feeling it, they can bust out a 20-piece in 20 minutes' time. It’s hard to predict on a given night when that will happen and which one it’ll happen for, but in a showdown format it’s worth taking a stab at.

If Zeke Nnaji can’t play here, Cousins is in line for the backup center run and then some. Even when we’ve seen him play 14-16 minutes, Cousins has 20 FP upside, which at his price is a steal. With the Nuggets so far, Cousins has a 30% USG rate and averages 1.25 FP/min. If you’re using Jokic/Sabonis or Jokic/Fox in your lineup, Cousins could be a great punt option to open up some salary.