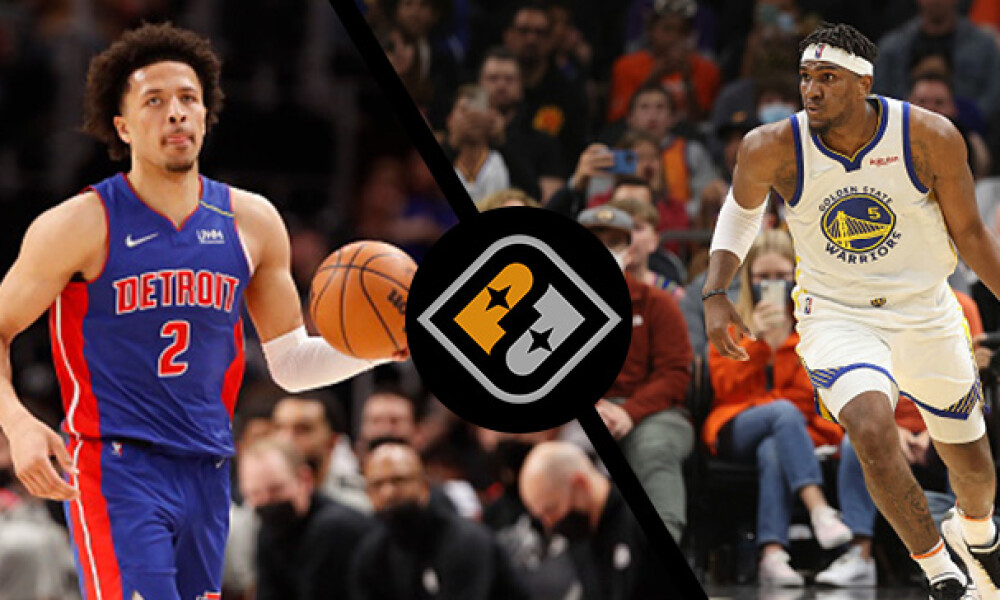 What is going on FANation! We went 12-4 last week with our PrizePicks plays so let's keep the winning going with today's two game slate!

Make sure you check out our PrizePicks Discord Channel where you can find more winning plays ! Join the Discord by clicking the connect button in your account profile to join the conversation!

New to PrizePicks? Sign up today and receive a deposit match up to $100 - www.fantasyalarm.com/prizepicks

I'm not a vengeful person but man we really got unlucky with this play on Sunday as Cunningham had four assists in the third quarter and then got himself ejected from the game so I am taking this oppurtunity to once again hammer this 4.5 assists prop for today. Cade has hit the over 4.5 assists in 8 of his last 10 games and it really should have been 9 of 10 given his ejection on Sunday. He even had six assists in the first meeting between these two teams.

This past Sunday wasn't a fun one, not only did we get the Cade Cunningham ejection but we also played Deandre Ayton OVER rebounds against the Pistons and he left with an injury six minutes into the game. Detroit allows the most opponent rebounds per game over the last three games and on the season they are allowing the third most rebounds per game to their opponent in the NBA. With Draymond Green out of the lineup we are seeing more run from Looney and over the last two games he has pulled down double-digit rebound totals. He has hit the over on this 7.5 in three of the last five games here as well. This is a matchup we should look to take advantage of.

Coming into this season I don't think we often looked at Russell and thought “distributor” but he is really on quite a nice run of dishing out dimes. Over the last eight games he has finished with at least 10 assists in six of those contests and over the last five games he has done it in four of them which is why I see this 6.5 assists prop and had to jump on it for tonight's matchup against the Knicks.  This is a great matchup for Russell with the Knicks backcourt defense rather suspect and the struggles they have defending centers as well. You could probably pair this play with Karl-Anthony Towns and his point prop for today as well.

Make sure you check out our PrizePicks Discord Channel where more plays will be added! Join the Discord by clicking the connect button in your account profile to join the conversation!