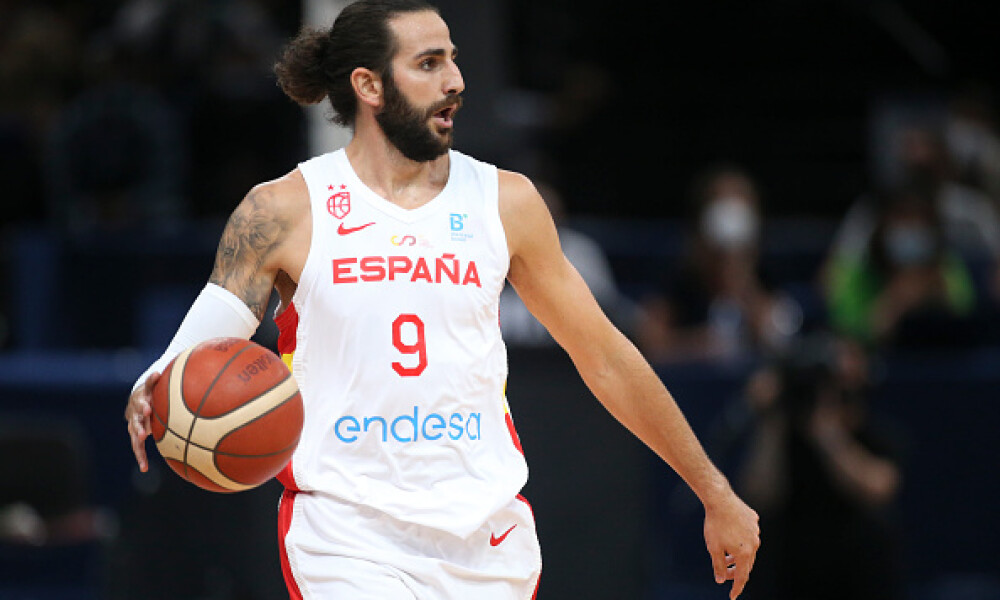 We have a two-game main slate beginning at 12:40 am EST and man, it’s a BANGER! Some of the Olympics favorites are playing on Monday as Luka Doncic and Slovenia take on Argentina and later on Monday morning, Spain clashes with Japan.

This one is going to be one of the better opening round games we’re going to get as both teams are very good. Slovenia features Luka Doncic while Argentina has long been competitive in International play.

I mean, where else would we start than Luka Doncic. Doncic knows what the European game is all about considering from 2014-’18 he played in Liga ABC and the Euro League. He’s the top play of the slate by a wide margin.

After Doncic, it’s Mike Tobey, the former Virginia Cavalier. Through four games at the Olympics, Tobey’s averaged 15 points and 7.5 rebounds and has played the second most minutes for Slovenia.

Two names you’ll recognize from the NBA is Zoran Dragic, brother of Goran, and Vlatko Cancar who currently plays for the Denver Nuggets. Both have had moderate to little success in the NBA, but Cancar is a proven scorer in the European leagues as was the same case when he played in the G-League. Dragic has had success overseas for sometime now and in four games this Olympics he’s averaged 12 PPG.

Sneaky play(s) of the day are Jaka Blazic and Edo Muric, who are ballers. In the two leagues Blazic played in this season, he’s averaged 19.1 and 16.9 PPG. He’s not cheap by any means, but the teams 92.5 implied points leads the slate. Muric on the other hand IS cheap and played great in the two exhibitions before the Olympics. He's averaged 27.5 minutes (third most) and 8.5 points, 4.0 rebounds and 2.0 assists per game.

Argentina has been playing a lottttt of guys during their exhibitions leading up to this game. It’s hard to get a great read on how they’re going to deploy them.

During the 2019 FIBA games, they had four double-digit scorers. They went 7-1 during that event, so they’re an experienced, very solid squad. Luis Scola was their leading scorer back then and he played well against team USA in their exhibition two weeks ago. He’s 41, however. Something to note.

Gabriel Deck, Facundo Campazzo, and Nicolas Laprovittola are the other proven Argentinian mainstays. Campazzo is the biggest name considering his success with the Denver Nuggets but Laprovittola might be their best scorer at this point. He scored 13 points against team USA in 21 minutes. Gabriel Deck isn’t a slouch either, we just aren’t sure on how much playing time he’s going to get.

Luca Vildoza is intriguing too. He averaged 26 minutes/game in the FIBA cup this year and played 23 minutes against team USA in the exhibition as well. He’s only 3.4K on DK. Nicolas Brussino is cheap and has been playing 20+ minutes a night. He could easily hit value at this price.

I’m shocked to see this a 19-point spread, but that’s just the respect the Spain national team gets. They’ve been such a dominant force for such a long time, they deserve it.

This team is littered with NBA talent and decorated European talent as well. Ricky Rubio was the FIBA CUP MVP, man! His style of basketball is tailor made for this type of game. He’s one of the top plays of the slate.

After Rubio, Marc Gasol, Wily Hernangomez, and Sergio Llull stand out the most. Gasol should have no problem dominating a small Japan front court, especially if he’s playing alongside Hernangomez. How are they going to be stopped? Hernangomez is an elite scorer when given the run.

Sergio Rodriguez and Alberto Abale are in play too, but nothing more than GPP plays. Abale has played the most during their exhibitions and is min salary.

Last but not least, how about a shoutout for the old-timer, Paul Gasol. He's actually been productive in the games leading up to the Olympics and I'd be willing to take a shot on him if playing multiple lineups. He likely won't start, but could play 18-20 minutes off the bench.

There is a lot of love being given to the Japan side and I suppose it’s warranted. They rank No.42 in the world, which is the lowest ranking of any team in the Olympics.

They’re going to be heavily reliant upon Rui Hachimura and Yuta Watanabe. Both have had success in the NBA and success in their warm-up games leading up to the Olympics. They’re both expensive, but can definitely pay off their price tags considering the role they have with the team.

Makoto Hajima is worth keeping our eye on. The Japanese are being given little to no shot of winning this game, and they’re going to need Hajima to step up and be the third fiddle behind Hachimura and Watanabe.

Gavin Edwards will play a small ball center role, but let’s see how it works out for him considering he has to contend with the Gasols and the Hernangomez’s.

Another name to consider is Daiki Tanaka. He's been very productive in the games leading up to the tournament and has played a boatload of minutes. He's very cheap at 3.2K if you're trying to jam in guys like Doncic and Rubio.