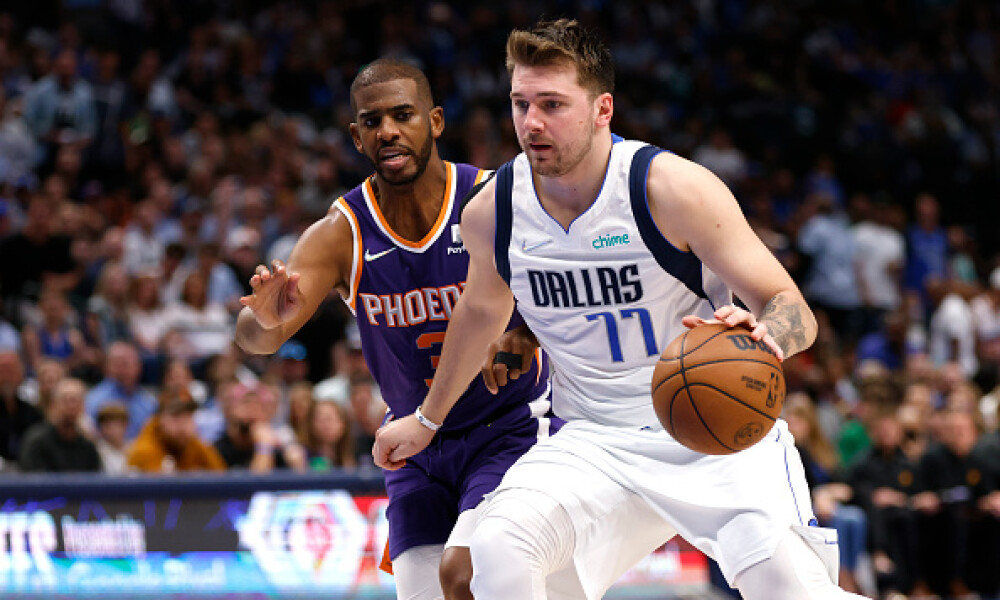 The NBA playoffs are in full swing, and that means we are continuing to power along with NBA daily fantasy. We have two pivotal Game Four matchups today between Phoenix and Dallas and then followed by Miami and Philadelphia, and we are looking for every edge possible. Thankfully, with the return of Joel Embiid, the NBA Injury Report for today doesn’t much to question. As per usual, Miami does have a plethora of players listed as questionable, but Kyle Lowry back, all four teams should be at full strength. Now, it’s time to build our NBA fantasy lineups for today, so let’s dig into the slate.

If the Suns are going to extend their series lead, I’m thinking Booker needs to take more than the 13 shots he did on Friday or score more than 18 points. Phoenix will need Booker to get going offensively, but considering he scored 30 points in Game Two and averaged 26.5 points on the season, that isn’t such a crazy idea. The problem here, is that if Booker doesn’t score, his production in other areas hasn’t always been consistent.

Whatever the Suns need, Paul has proven to be quite capable of giving them that. The problem though, and it also applies to Booker, is that Dallas does defend guards well and Paul is also coming off a rough offensive performance. Paul took just nine shots on Friday and only picked up four assists while turning the ball over seven times, so to say that DFS players were left wanting more would be an understatement. That came just one game after Paul shot 11 of 16 from the field as he scored 28 points along with eight assists, so I am looking for a bounce back effort.

After averaging a double-double in the regular season (17.5 points and 10.1 rebounds), Ayton got back to normal on Friday with his second of the postseason as he scored 16 points and grabbed 11 rebounds. While the center position is on the deeper side tonight, Ayton is a fair price and he has what I would consider to be the best positional matchups for any of the Suns. When needed, Ayton has shown the ability to a do little more on the offensive side, but for the most part, he also comes with a pretty reliable floor as well.

We consistently see Crowder play at least 30 minutes and do a little bit of everything, but so far against Dallas, he has also been a reliable offensive weapon. In of the last three games, Crowder has hit double figures offensively but he did take a step further on Friday by making seven of 12 shots from the field on his way to a 19-point, seven rebound, five assist performance. Based on the price, we don’t Crowder to continue at that level when it comes to scoring, and it also helps that he is averaging just over seven rebounds and just under four assists per game against Dallas.

It’s clear who the majority of the credit goes to for Dallas being competitive here as Doncic is trying to do everything possible to carry them. On Friday, that came in the form of 26 points despite a rough shooting night (11 of 25 from the field) but Doncic did finish an assist shy of a triple-double while adding 13 rebounds. The volume isn’t going anywhere and Doncic has the most upside of anyone on the slate as there is no escaping how reliant upon him the Mavericks are.

After taking Game Two off offensively (nine points on three of 12 shooting), Brunson was back on track the following game as he scored 28 points. Brunson has been especially busy and prolific on the offensive end this postseason and that volume should continue tonight as he truly has emerged as Dallas’ second option. Brunson shot 49.5% from the field this season, and if he takes around 20 shots once again (which is likely), we’ll get another solid night as generally pairs that with four or five rebounds and assists each. I see nothing wrong with pairing Doncic and Brunson together tonight.

Take a bunch of three-pointers, make four or five, play strong defense and grab around five rebounds. That is generally a recipe for success from Bullock as his game is perfectly made for the postseason and Dallas has been relying upon him as of late.

There is some level of, by default, here as Finney-Smith continues to log around 40 minutes of playing time per night. The good news is that there have only been two games this postseason in which the forward hasn’t scored in double figures and in one of those games he missed it by a point, and in the other, he only played 20 minutes. Expecting Finney-Smith to take 11 shots from three-point land again tonight isn’t necessarily plausible, but the Mavericks do need offense and he will be on the court. If we can get around 14 points and six rebounds out of Finney-Smith, that should fit perfectly in most lineups.

Kleber did a good job of filling up the stat sheet on Friday as he scored 14 points to go along with four assists, three rebounds, and three blocked shots which was good for a return of more than 6x. Aside from the blocked shots, there is nothing in that performance we haven’t seen before or can’t reasonably expect going forward from Kleber. That should translate into a 5x return and a low-cost option to fill a power forward or center spot.

Can we have that version of Butler on a daily basis? Granted Miami was blown out by 20 points on Friday, but Butler made DFS players happy with 33 points and nine rebounds on 12 of 22 shooting. Butler wasn’t really active on the playmaking side, well other than for himself, as he finished with just two assists, but he also got to the free throw line 10 times. As Miami looks to regain control of the series, let’s see if we can get a repeat effort from Butler whose price actually decreased by $400 on DK.

With Joel Embiid back for Philadelphia, things were a little more difficult for Adebayo on Friday. While he did play 34 minutes, the big man never really got going thanks to five fouls and he only made two of nine shots from the field. That came after three straight games in with Adebayo scored between 20 and 24 points while grabbing between nine and 12 rebounds. The price is affordable, and we get a $600 decrease from Game Three on DK, but the thought process here is that Adebayo will have his hands full with Embiid again and DFS production will be secondary.

It doesn’t appear that we have any reason to be concerned over Herro’s ankle, but he does need to improve on his five of 15-shooting effort from Friday. We have seen enough from Herro to know that he can score in bunches and double digit shot attempts are a given. Friday was an off night for Miami overall, and I would look for a bounce back effort tonight, and Herro figures to be a big part of that; albeit with some risk.

Lowry returned on Friday, but until he proves otherwise, I would stay away from a DFS perspective. In 25 minutes of action, Lowry missed all four of his shots and finished with just three assists and four rebounds. The minutes will likely be there again, but it’s just too hard to trust the veteran.

Tucker is cheap and plays a lot of minutes. That is generally a recipe for DFS success, as even the four points and nine rebounds he finished with on Friday is close to a 5x return.

After returning on Friday, Embiid is still listed as questionable heading into tonight, but I wouldn’t read into that. On the offensive end, Embiid was relatively quiet from the field as he made just five of 12 shots from the field but he still finished with 18 points thanks to his ability to get to the free throw line. Embiid still finished with a double-double as he grabbed 11 rebounds. We are getting a little discount here on Embiid and I would look to capitalize as he shakes a little more rust off.

I know Harden is talented, has done it before, and the upside is still there, but it is getting harder and harder to trust him. Harden has yet to score more than 22 points in a game this postseason, and now that Embiid is back, he missed his opportunity to capitalize. There have been moments this postseason where Harden has flashed some upside when it comes to assists and rebounds, but at the same time, with his price dropping, things are starting to sway in the other direction where Harden becomes a potential “value” option.

At this price, Harris has gotten $1,000 cheaper on DK over the past two games, it’s hard to argue with the forward and his production. While Harris did go from 27 to 21 to nine points over the last three games, he still finished with 10 rebounds and eight assists. Harris’s lack of offensive output wasn’t from lack of trying as he did take 13 shots, but the problem is that he only made four of them. As long as he continues to take double-digit shots, and there is no reason why he shouldn’t, Harris should bounce back as he shot 48.6% from the field this season.

After really stepping up offensively in Game Two with 34 points, Maxey did slow down a little bit on Friday as he finished with 21 points while shooting an efficient seven of 11 from the field. The key for Maxey in Game Three was his five three-pointers, but regardless he has taken a step forward offensively this postseason averaging 22.4 points per game in an attempt to make up for Harden’s struggles. It is a tough defensive matchup against Miami, but the volume will continue to be there and Maxey has proven to be up to the task.