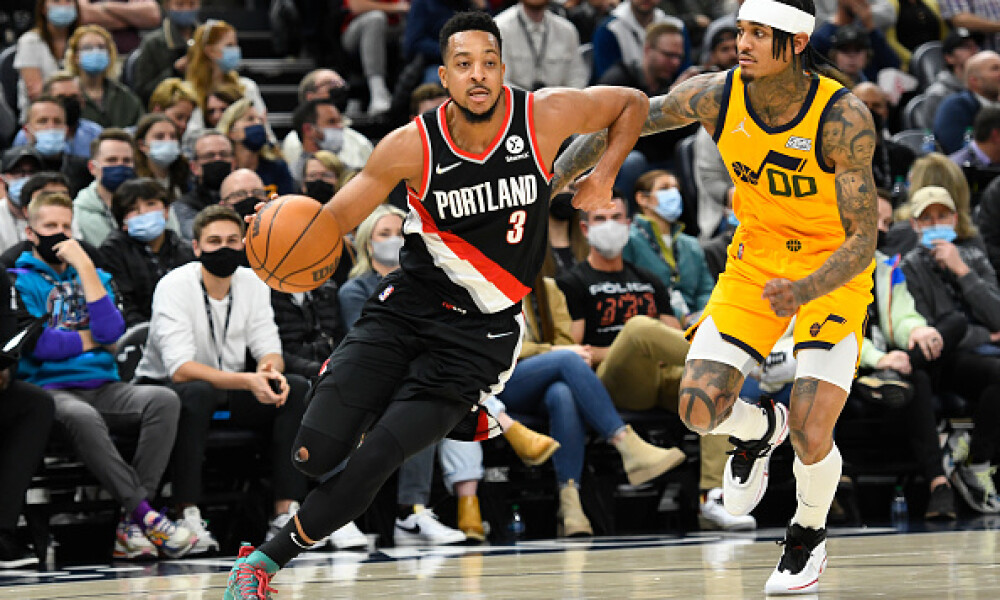 Tonight's slate looks a bit like two mini-slate combined into one. We have two games tipping off at 7:30 PM ET and then three more games tipping off right as those first games end. Unless there is some late-breaking news on LeBron James, we seem to know the relevant injury news of the late slate, but - as always - it will be important to pay attention to any news after lock to make sure we don't lose any of our late-night hammers.

Two games stand out for their implied totals tonight. First, the Warriors and Suns battle for first place in the West with a high 221 implied total. But the matchup du jour is a rematch of last week's triple overtime DFS buffet between the Lakers and Kings. This game has a total of 227 points and should feature plenty of usable pieces.

Damian Lillard and Ja Morant are both out tonight so that opens minutes and opportunity for players like CJ McCollum, Desmond Bane, Anfernee Simons, and Tyus Jones. With a decent amount of value opening up and plenty of spend-up options, this is looking like it might be a stars-and-scrubs build.