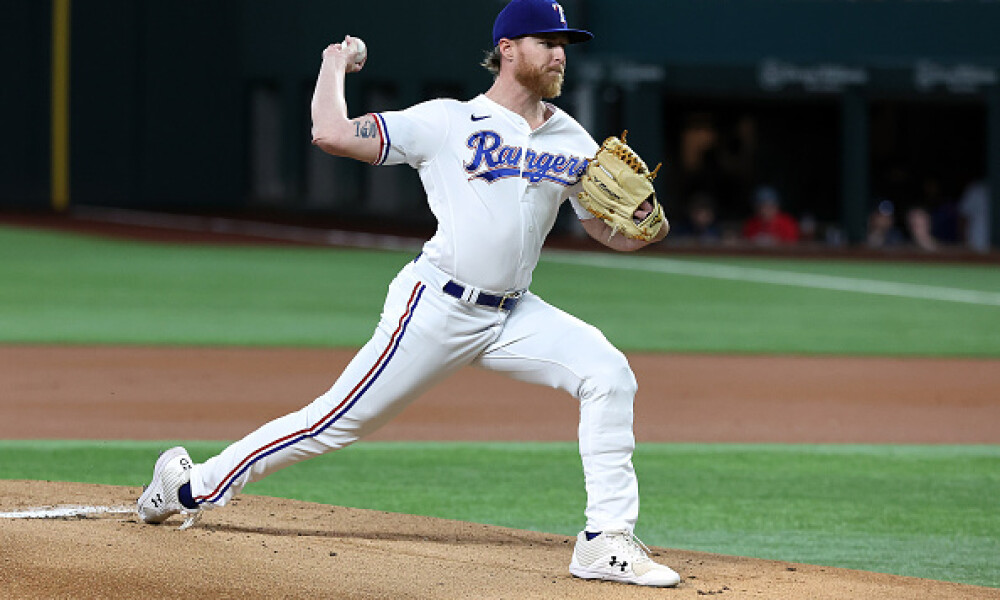 To say we have a lot of choices with regard to tonight’s MLB DFS main slate would be an understatement. We have 13 games to choose from on all three main sites as you build daily fantasy baseball lineups on DraftKings, FanDuel, and Yahoo Fantasy. Of course, things are never that easy and we have some serious precipitation issues to be aware of in the northeast. So, that means it is imperative to stay up to date with our MLB weather center page for the latest MLB weather report. As we go through tonight’s MLB lineups, there are a plethora of options to choose from in MLB daily fantasy. So stay up to date with the latest MLB news and MLB daily projections as we search for the best MLB DFS top picks out there. Now let's take a closer look at the best MLB DFS value hitters and pitchers for your daily fantasy baseball lineups for Friday, May 27.

A 5.14 ERA is never going to generate much in the way of optimism, but big things were expected from Gray in his first season out from under Coors Field. Things haven’t gone smoothly from both a performance and health perspective in his first season with Texas, but he is coming off a solid start against Houston. In six innings of work, Gray limited the Astros to just two runs while striking out four. From a DFS perspective, his previous start was better despite allowing four runs as Gray struck out eight batters and picked up the victory. We get Gray at a good price tonight, especially on DK, and it comes in a favorable matchup against Oakland. On the season, Gray has struck close to a batter an inning and with a FIP of 3.32, I feel good about his chances tonight.

Irvin allows us to take advantage of his favorable home park (1.13 ERA at home compared to 5.09 on the road) against a Texas team whose offense has not been nearly as impressive as we originally thought this season. If we extend Irvin’s sample size to his entire career, the 1.4 runs better at home where the fact that he is only striking out 5.88 batters per nine innings is minimized. Opposing hitters have a 9.9-degree launch angle against Irvin this season and that should also help to limit the damage.

The lineup build is always helped by minimum-priced players and tonight that comes in the form of Andujar, who has the platoon advantage against Jeffrey Springs. Prior to his promotion this season, he was hitting .253 with six home runs, 12 RBI, and 19 runs scored in 45 games in the minors. Now, he looks to recapture his 2018 success in the major leagues when he hit 27 home runs and drove in 92 runs for the Yankees. In 17 plate appearances this season, Andujar is hitting .294 and he is worth a look tonight.

Boston has an implied run total today of 5.71, so they figure to be one of the night’s popular stacks against rookie Kyle Bradish. The Red Sox have truly found their offensive footing as of late, and Verdugo fits nicely in the middle of their lineup. When Boston exploded for 16 runs on Thursday, Verdugo was a large part of that as he went four for six with two doubles, three RBI, and two runs scored. Verdugo is still hitting just .232 on the season but his BABIP is only .241 and he’s striking out only 11.2% of the time. He is too good of a hitter to be just far down and I expect him to continue to be swept up in the rising tide of Boston’s offense.

I keep waiting for José Quintana (2.43 ERA/4.02 xFIP) to regress and for Voit to break out, so this could prove to be the perfect match-up tonight. While it’s not much, Voit does have a hit in five straight games but it only brought his batting average up to .202. Voit is striking out 35.7% of the time, not really surprising, but his .107 ISO is a bit troubling. In 102 plate appearances so far this season, Voit only has two home runs despite a career-high launch angle of 20.1 degrees. This is a GPP dart against a pitcher who allowed 1.71 home runs per nine innings last season.

Catcher is often a position that isn’t very pleasant to fill, but Melendez (for now) helps to ease that burden. Melendez has acclimated well to playing every day and batting in the middle of Kansas City’s lineup with all three of his home runs coming over the last 10 games. Overall, Melendez is hitting .246 with three home runs and seven RBI on the season and his price won’t break the bank tonight.