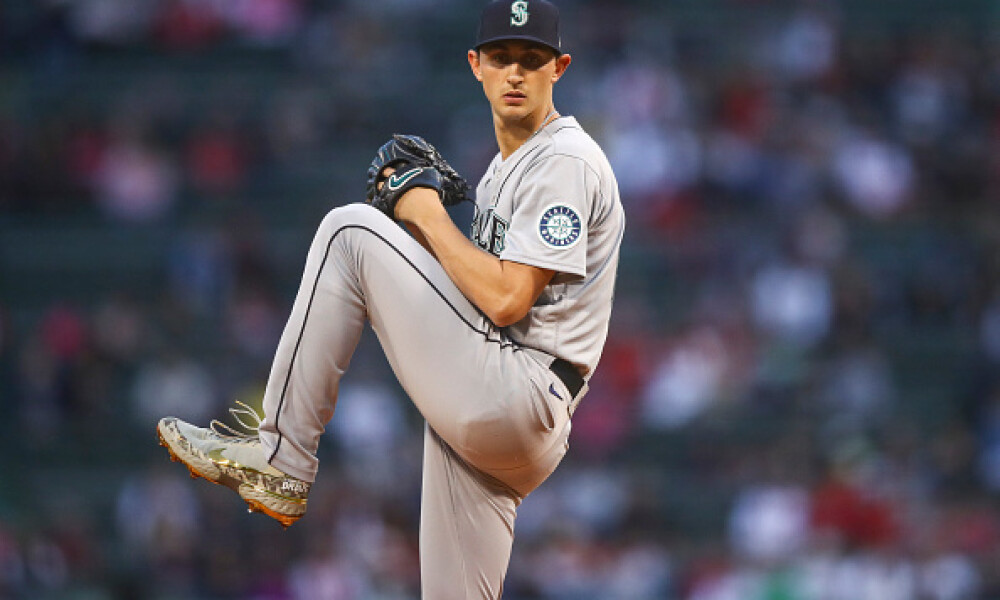 We have a consistent MLB DFS slate across the board today as all three DraftKings, FanDuel, and Yahoo Fantasy will be using a 12-game slate starting at 7:05 pm ET. The MLB daily fantasy value options for hitting were a lot stronger last night, but we still have a couple of options for Tuesday, May 24th. On the flip side, we have two great daily fantasy baseball value arms in prime spots tonight against the worst offenses in baseball. As far as MLB weather concerns go, things look clear tonight and we may be able to avoid any issues there - but still keep an eye on the latest MLB weather report. Before you build your daily fantasy baseball lineups, don’t forget to check out the MLB implied runs totals on our Vegas Odds link and our MLB DFS lineup generator. Let’s dive into our MLB DFS top picks today!

Gray is putting together another nice season thus far with a 3.48 ERA and 25 strikeouts across 20.2 innings of work while scoring at least 17 points on DK in three straight outings. He has a great matchup against Detroit today too. The Tigers are dead last in scoring this year, averaging just 2.78 runs per game (well below the 29th ranked team’s average of 3.29) and they have the 9th highest strikeout rate (2nd highest in the league over the past week). On top of all that, they are second to last in wOBA against righties.

Kirby hasn’t pitched very well in his last two outings, but those outings were against the Mets and Red Sox. Today he gets to face Oakland and it doesn’t get much better than that. The A’s are 28th in runs per game this season with an average of 3.32 and they have the 7th highest strikeout rate. To make it even better for Kirby, they are dead last in wOBA against righties.

Thomas has been very impressive through 15 games, hitting .300 with three home runs, four doubles, six RBI, and seven runs scored. He has a strong matchup against Jonathan Heasley tonight, who has a 4.32 ERA and 1.80 WHIP through two starts. The Dbacks offense has been better as a whole lately too, scoring 10, 7, 4, and 9 runs over their last four games, which could lead to more RBI and run-scoring opportunities tonight for Thomas.

La Stella has the toughest matchup (facing Bassitt) of anyone I have listed, but he’s also probably the best bat of anyone listed here as well. He has kicked off his season in an impressive way as he is 5-17 (.294) with a home run, three doubles, and two RBI through five games. That is good enough for a .647 SLG and .980 OPS. He bats leadoff against righties, which is always a plus as well.

Celestino is hitting .359 with a .438 OBP through the first 28 games of the season. He hasn’t homered or stolen a base, which really limits his upside, but he has hit well and at minimum prices (or close to it on Yahoo) there is value in a player who scores around 10 points. He has a nice matchup against Brieske, who has a 5.13 ERA and 1.33 WHIP with seven home runs against him in just 26.1 innings of work. The Twins as a stack are a solid option and Celestino bats last, so he can be in the stack as a wrap around.

Yes, another Twins bat that has a cheap price and this great matchup against Brieske. Urshela has been swinging it well lately, slashing .292/.400/.583 over his last eight games with two home runs, seven RBI, and six runs scored. There is no reason to believe that he won’t stay hot today with this matchup and at these cheap prices, he makes for a great play. Righties are the ones doing the damage against Brieske too, slashing .296/.371/.574 against him, compared to the .167/.231/.354 line that lefties have produced.