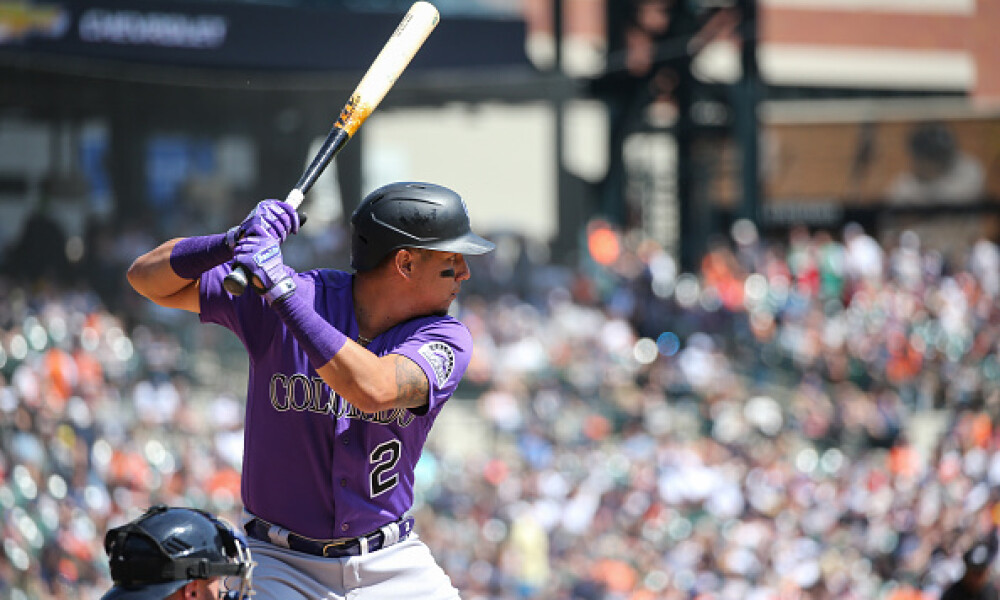 We have a somewhat consistent MLB DFS main slate today starting at 7:05 pm ET. Yahoo and FanDuel both have 8 games, while DraftKings has 10 games as they are including the White Sox vs. Royals game and the Dodgers vs. Diamondbacks game. The best part of this slate is that it doesn’t appear we will have any MLB weather concerns. The worst part of this slate is probably the pitching.

Two days ago when I was on the Value Vault I loved Tarik Skubal and Hunter Greene as value pitchers and they were both dominant; however, let me be clear that I am far less confident in our options today for value pitchers. We do have Coors Field on the slate and there are a couple of nice values from that game. Lastly, don’t forget to check out the MLB implied runs totals on our Vegas Odds link.

José Berríos has flat-out been terrible this season. There’s no getting around that as his ERA currently sits at 5.82 through seven starts with an unsightly 1.56 WHIP, hence why his price has dropped and he is now a value vault option. He has still produced some strong outings this season though with three starts of at least 16.2 points on DK and today’s matchup against Seattle is fine. The Mariners offense isn’t great as they currently rank 20th in runs per game this season. They also have the fifth-highest strikeout rate over the past week.

Could we really leave Reid Detmers - the man of the no-hitter his last time out - off today’s Value Vault at his price? No. He scored 37.7 DK points in that no-hit win against the Rays last week. He now has a 3.77 ERA on the season with a 0.84 WHIP, but only 20 strikeouts across 31 innings of work. The Rangers are 17th in runs per game this season, so it’s not exactly an offense that strikes a ton of fear. I wouldn’t go into expecting another 30+ point outing from him, but he has a solid price and if he gives you 15+ (which is very possible), it would be worth it.

Yonathan Daza is scorching hot at the dish right now, slashing .424/.460/.546 over his last nine games with six RBI and six runs scored. He has been hitting second in the Rockies order the past couple days and that has led to increased counting stat production for him. His upside is somewhat capped because of his lack of power and speed, but double-digit DFS points at this price is a great value and he has been producing that way lately. And, again, this is a Coors Field game.

This play feels a bit sketchy after watching him get pinch-hit for before his second at-bat yesterday when a lefty was in the game, but I still want to take my chances here. Tommy La Stella is a good hitter, he has proven that, and his price tag is basically free, despite the fact that he is playing at Coors Field. That being said, it is a bit risky to play him in cash games because we have no idea how long he will be in the game for right now after last night’s debut.

Will Royce Lewis’ price ever change? I really don’t understand how he is still basically the minimum price at this point. He doubled, walked, and scored twice in last night’s 3-1 win for the Twins and he is now hitting .290 on the year with a home run, three doubles, four RBI, and four runs scored through nine games in the bigs. Tonight, he gets a matchup with James Kaprielian, who is a very average pitcher and not one that would ever scare me away from playing a value bat.

Marcus Semien is showing signs of like as he has a hit in back-to-back games after going seven straight games without a hit. He has also doubled, walked, and scored twice in his past two games, scoring 9.2 points on FanDuel both nights. Even though he hasn’t showed it yet this season, we know the type of power/speed upside that Semien produces and with his price now this cheap, it’s worth taking a chance on him in GPPs. Righties are slashing .242/.331/.436 against Reid Detmers in his career, compared to the .167/.216/.292 line that lefties have produced to this point.

Fantasy Alarm is the home of expert MLB Fantasy content. We also bring you all of the best online sportsbook free bets & promo codes, and fantasy sports bonuses.