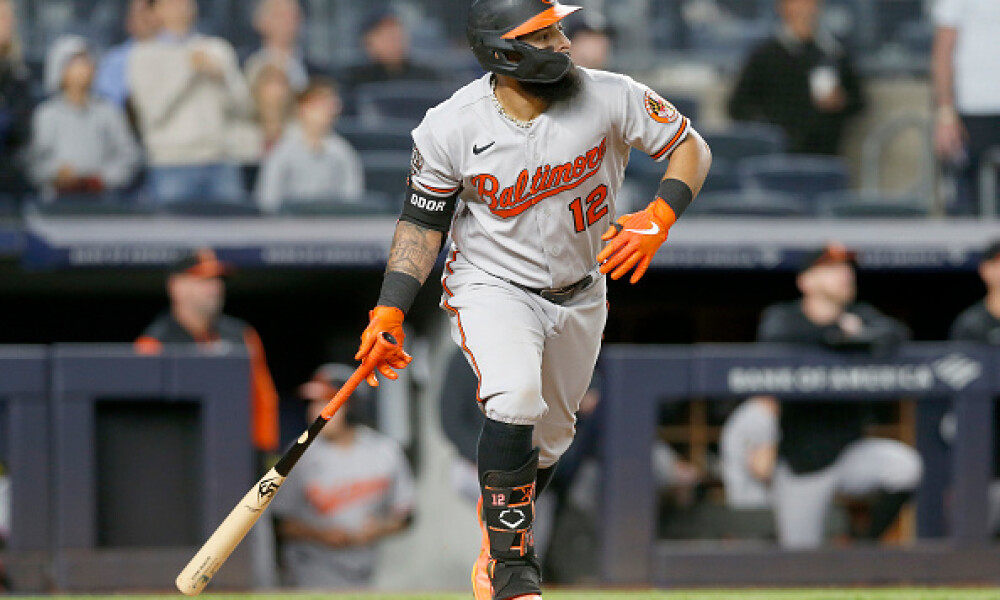 Now it’s time to finish the week off strong. For those looking to win some cash via MLB DFS, things start at 1:35 on the east coast and the length of the slate varies across the three main sites. While setting your lineups keep track of the latest MLB news, MLB weather, and MLB lineups. Now it’s time to dig into some MLB DFS picks for today that can help save that ever precious salary cap space.

While Yarbrough might not jump off the page as a truly exciting option, there is nothing wrong with dependability and that he provides. After allowing five runs in his first start this season, Yarbrough hasn’t allowed more than three runs since, and his last start was his best in the fact that he last 6.2 innings while throwing a season high 87 pitches. The left-hander has a 4.00 ERA through 27 innings overall this year (3.67 xERA) but he does lack in upside when it comes to strikeouts (6.67 per nine innings). We are likely looking at about 15 DK points, and maybe a few more if he gets the victory, and Yarbrough likely won’t hurt you either.

Aside from one start in which Gibson labored to allow six runs, the sweet spot for him this year has been giving up two runs which is something he has done five times in 2022. While I’m not looking for tremendous upside here, the overall body of work for Gibson has been pretty solid this year with a 3.83 ERA (3.48 xERA) while striking out over a batter per nine innings while walking just 2.50 per nine. Gibson keeps the ball on the ground with a 49% rate and opposing hitters have had a hard time squaring him up this year with a 5.7% barrel-rate.

Zach Plesac generally is good for allowing a home run per start and he fares worse against left-handed batters so that suits Odor today. Over his last 10 games, Odor has gone deep four times (six overall) and is hitting .235 in that stretch and .223 overall. With a 22.8-degree launch angle we know what Odor is after and his .187 ISO also comes into play here as we hunt a long ball. While Odor is hot, let’s look for home runs in back-to-back days.

Aguilar is close to being priced out on DK, but it’s certainly hard to pass him up on the other two sites. With six home runs and 21 RBI on the season, while hitting .249, Aguilar hasn’t done much to stand out from the crowd overall, but the power and run production can strike at any time. While he’s only allowing one home run per nine innings so far this year, Jakob Junis has historically had issues with the longball so that helps here as well.

Toronto has struggled to a degree offensively so far this season, and Gurriel has been one of the culprits. As of late, the Blue Jays’ offense has looked better and that has, and should continue to, carry over to Gurriel. The outfielder picked up three hits on Saturday against Minnesota and he was hitting .323 in the 10 games prior as well. It’s a good matchup for him today against left-hander Devin Smeltzer for Gurriel to put his career high 91 miles per hour exit velocity to good use.

With Braxton Garrett taking the mound for Miami, stacking Giants is going to be a popular option today, and Longoria fits nicely within that. Historically, Longoria has feasted with the platoon advantage and I’m not going to read too much into his .238 batting average so far this season. With just 67 plate appearances, the sample size is small, and more importantly, Longoria does have five home runs along with 11 RBI. Half of Longoria’s batted balls this season have qualified as hard-hit to this point, and he is also posting a career high 23.5 degree launch angle.