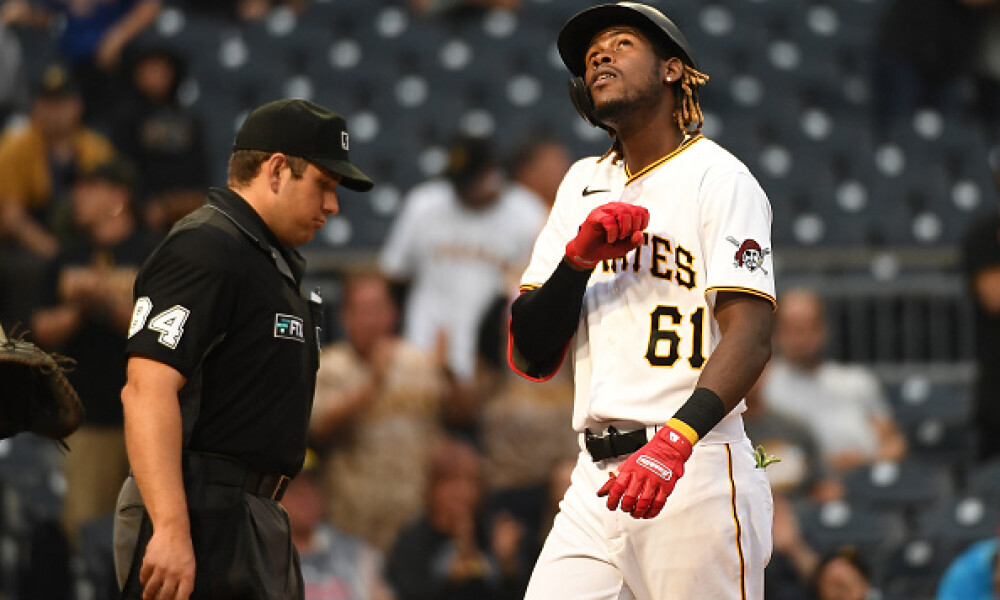 MLB DFS 6/20 – Tonight’s slate is consistent across the board as DraftKings, FanDuel, and Yahoo will use eight-game slates starting at 7:05 pm ET. Despite a medium-sized main slate today we have plenty of strong value options both on the mound and at the dish. Noah Syndergaard and Josh Winckowski are my top value arms, but Caleb Kilian could be worth a shot as well. For offense we are looking at a lot of young hitters, including Oneil Cruz making his season debut, and one big mispricing on Yahoo. It appears that we have no mlb weather concerns to worry about, which is amazing, but still keep up with the weather center leading up to first pitch. Lastly, don’t forget to check out our Vegas Odds link for mlb implied runs totals and to use our mlb dfs lineup generator. Let’s dive into our mlb dfs picks today!

Thor has pitched really well this year outside of his abysmal strikeout rate (35 Ks in 51 innings) with a 3.53 ERA. His upside is a bit limited with the low strikeout rate, but he has a favorable matchup against the Royals tonight. The Royals are 27th in runs per game this year. I would be surprised if Thor has a massive scoring night, but a storng outing would not surprise me at all (something like 6 innings, 1 run, 4 Ks and a win).

Wincowski pitched very well in his last outing, firing five shutout innings against the A’s with three strikeouts and picking up the win to finish with 18.3 DK points. And while that was against a terrible offense in the A;’s, he gets another terrible offense today in the Tigers. Detroit ranks dead last in scoring this year and are the only team averaging fewer than three runs per game. They also have the sixth highest strikeout rate in the league this year.

I’m going back to the well on Suwinksi today after having him in my Pirates stack for the Playbook yesterday. He came through in a huge way, blasting THREE home runs and scoring 44 points on DraftKings.  He is only hitting .230 on the year but he has 11 home runs and two steals in 47 games, so the upside is plentiful. He’s been fantastic at home, slashing .284/.337/.636 with NINE of his 11 bombs and BOTH of his steals. He faces Killian, who has a 8.00 ERA and 1.67 WHIP through his first two starts in the bigs.

Cruz is officially being called up by Pittsburgh to make his season debut today. He was only hitting .233 at AAA but he did have nine home runs and 11 steals already and that is what makes him worth the price of admission for DFS (especially since he’s the minimum price anyways). I don’t have him listed in here today, but Cal Mitchell is also an intriguing play for the Pirates at nearly the minimum price and they could once again be a sneaky stack today of Suwinksi, Cruz, Mitchell.

Greene is off to a nice start thus far as he is 2-5 with four walks and two runs scored through his first two games in the big leagues. He has plenty of power and speed upside which is exactly what we are looking for in DFS. I do like Wincowski today, but it’s hard to still not like Greene at this price.

Ward hasn’t been swinging the hottest of bats, so I get the price drop (he’s in the mid-tier range for DK and FD), but Yahoo went to the extreme and made him nearly the minimum price. Despite being cold, he did go 3-4 with two runs yesterday, so that could be what he needed to get it back going. He’s still hitting .309 on the year with 10 home runs and 60 total R+RBI across 45 games of action and today he gets to face a bad pitcher in Bubic (8.36 ER and 1.89 WHIP this year across nine games). Ward also been amazing at home this year, slashing .362/.500/.596 across 16 games in Los Angeles.

I am going to keep this one brief because it’s not even clear if he will be called up today, but I do like Abrams if he’s brought up to the big club. He has been hot at AAA, is near the minimum price, and facing a bad pitcher in Davies.