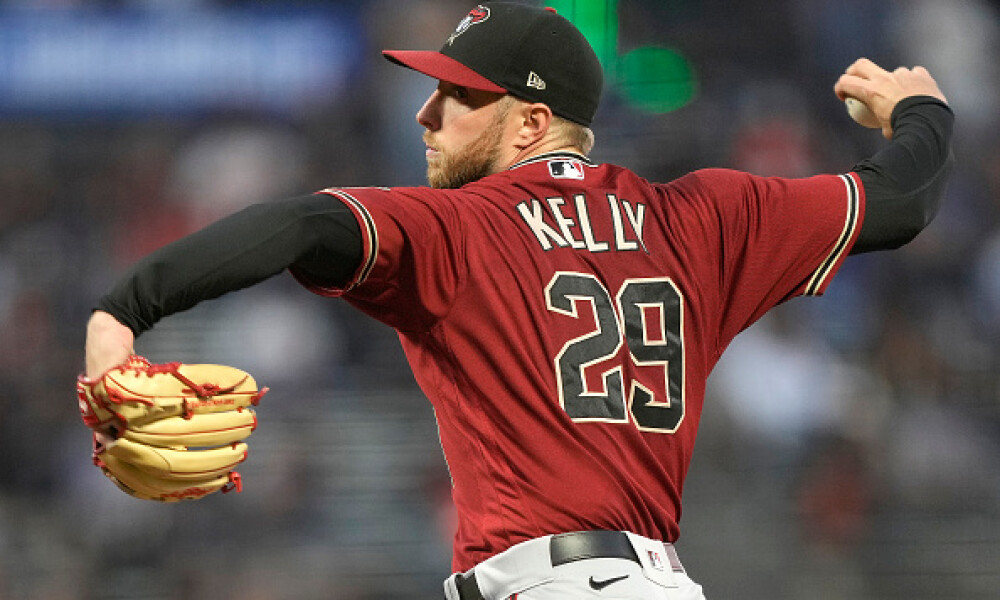 Did you enjoy MLB Opening Day? Let's jump right back into the baseball action with another full slate of games on Friday. If you’ve come looking for cheap MLB DFS picks today, you’ve come to the right place! For tonight’s main slate, I’ve identified some value options for your DFS lineups on FanDuel, DraftKings and Yahoo.

Glancing at the options for tonight’s slate, there are a couple of things that stand out. First off, the pitchers on the main slate are rather limited – so you’re really scraping the bottom of the barrel outside of the top three or four arms. Offensively, the popular MLB DFS stacks today are going to be the Houston Astros and Toronto Blue Jays. So, if you want the likes of Vladimir Guerrero Jr., Jose Altuve, and their teammates, keep on reading for some value options to round out your DFS lineups.

This slate of pitchers has me leaning to the top three or four options across the board, but you could do worse than Merrill Kelly if you need to save some money. He posted a 3.78 ERA at home last season and against the Padres, in particular, he went 2-1 with a 2.25 ERA and 1.18 WHIP. The overall upside is capped for the Arizona starter, and the slate plays more favorable to the more prominent names on the mound. Still, if you want to zig where others zag, Kelly is your budget option on the board.

Dom Smith was going to be my guy today, but no luck there. So, how about we pivot to his teammate Robinson Canó! Cano had two hits on Opening Day and Josiah Gray’s struggles against left-handed hitters is well-documented. I like the price point for Cano best on DraftKings today, but he’s a value across the board.

Charlie Morton is a good play today, don’t get me wrong. However, Tyler Naquin punished right-handers last season (.283 AVG, .853 OPS, 120 wRC+) and we all know that left-handed power plays well in Atlanta. Small sample size, sure, but Naquin hit .400 (4-for-10) at Truist last season – and his upside isn’t reflected at this price point. If paying up for Vladdy Jr. and some other expensive bats (or arms) on the slate, Naquin is a nice upside play at a bargain.

Alejandro Kirk’s price point is favorable on FanDuel too, but when you don’t have to play a catcher, chances are you won’t. Kirk hit .304 with one home run and just two strikeouts in 23 at-bats this spring, and that hot bat should carry over into the team’s season opener. You will want to be sure he cracks the Blue Jays' lineup, but his bat is too powerful to pass up for sub-3.5k on DraftKings and less than $10 on Yahoo – whether he’s catching or serving as the designated hitter for Toronto.

I do like José Berríos today but, if you want part of the Texas offense, look at the left-handed hitters. On FanDuel, Nathaniel Lowe is a great value. Though Lowe hits southpaws better batting average-wise, his .780 OPS and .166 ISO against righties last year trumped some of his other marks against lefties. Over the last two seasons, Berrios has allowed a .457 SLG, .329 wOBA and 1.6 HR/9 to left-handed hitters. There are a lot of good options at first base today, with Lowe being one of them. If you don’t like Lowe, Luke Voit is the same price on FanDuel – and his reverse splits should match up nicely against Merrill Kelly’s reverse splits.