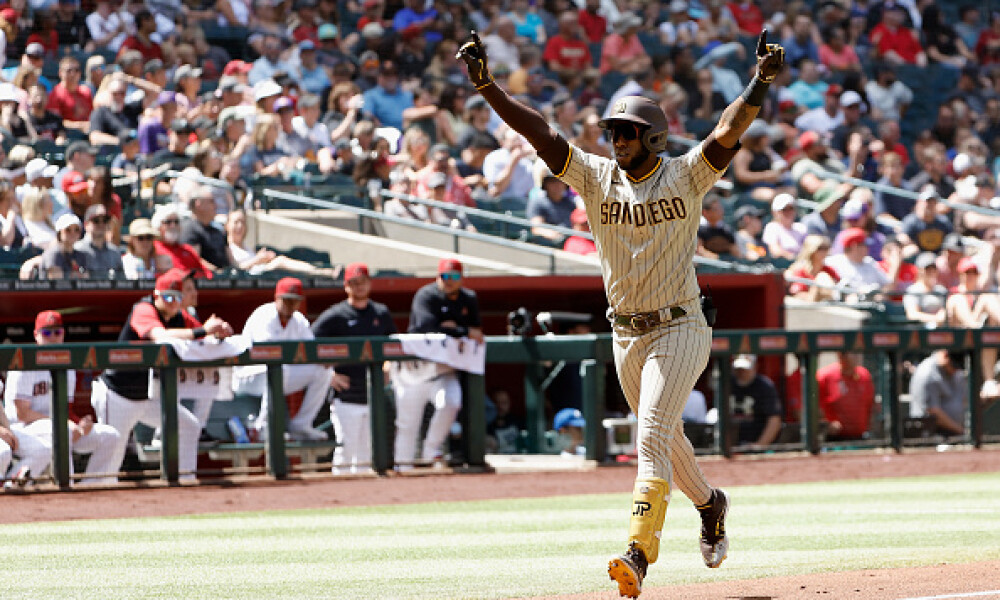 Building an MLB DFS lineup requires a multi-faceted approach. Strong pitching, a few home runs, and a strong lineup stack is often the recipe towards finishing the night in the green, but there are multiple paths to victory. Without an unlimited salary cap, we need to find value where we can in building MLB DFS lineups, so let’s take a look at some options that can help for today’s main slate.

After spending the last few years in Japan, Martinez is back stateside and taking the mound Monday against the Giants. Through the first three games of the season, San Francisco has scored just a combined 10 runs, and Martinez had a successful spring with a 3.00 ERA and 0.92 WHIP in 12 innings. Martinez is a different pitcher than when we last saw him as he has added velocity and expanded his pitch mix. This is the perfect spot to get Martinez before his price increases and it also allows you to go in any direction you want offensively.

Offenses are starting off slow this year, and with the Mariners scoring just 10 runs in their first three games, Bundy should be in a solid position tonight. With a 6.06 ERA last season, there was a lot left to be desired out of the right-hander, but with a 4.79 xERA and a 3.29 ERA in 2020, I wouldn’t classify Bundy as a lost cause. At this price, we don’t need much, and while we don’t want to read too much into Spring Training, Bundy did pitch well.

The Giants didn’t promote Ramos not to play him, and there he was starting and batting sixth on Sunday. After going two for three on Sunday with two singles and a run scored, I would expect Ramos to be back in the lineup once again tonight and he should remain in the lineup as long as he continues to produce. With an exit velocity of 107 miles per hour on his first career hit, there wasn’t much of adjustment period for Ramos.

Yes, I know there are other games tonight, but Profar has played in all three games for San Diego to begin the season and his price has been slow to adjust. Profar has at least hit in all three games, and that includes a home run in each of his last two. On Sunday, that came in the form of a grand slam and to begin the season Profar is batting .400 with a .538 on-base percentage and six RBI.

Sanchez got a fresh start in Minnesota and the catcher took advantage of things on Sunday. The talent was never in question, but Sanchez struggled to find consistency, and at this price, things are certainly worth investigating. His first home run of the season came on Sunday, a grand slam in fact, and Sanchez also picked up an RBI double. This gives us a cost-effective path at filling the catcher spot and a solid chance at a home run is all we can ask for.

As far as DFS assets go, the A’s are pretty far down on the list, but that doesn’t mean there isn’t value to be found. Especially on FD, it’s hard to ignore Oakland’s lead-off hitter after he went three for five on Sunday while driving in two runs. Kemp is hitting .333 through the first three games of the season, and based on the price, we aren’t asking for too much here.