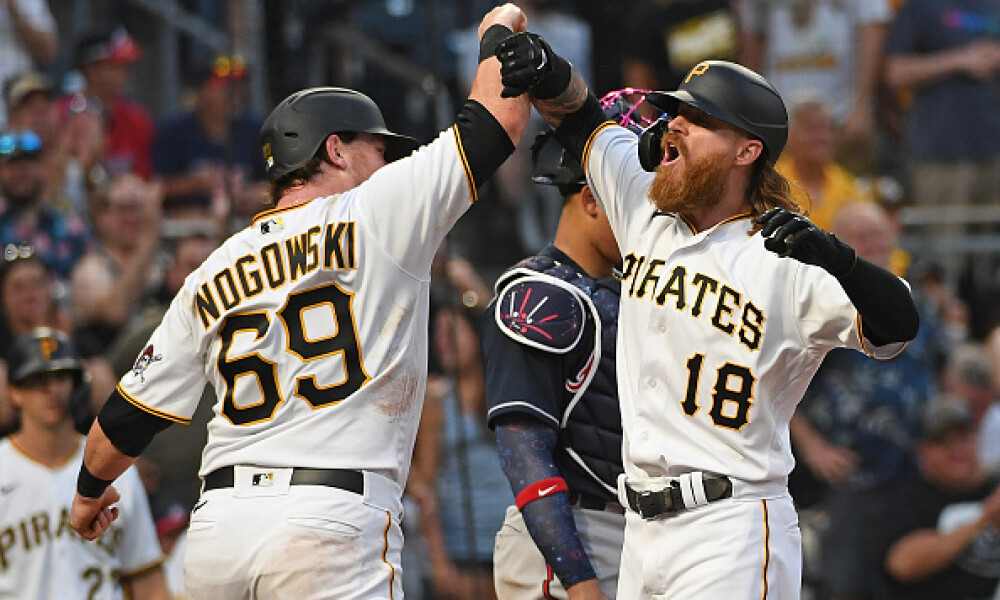 You will most certainly want to keep an eye on the weather, as Elsa is moving along the coast, bringing bundles of rain. Just keep that in mind when building your lineups, as well as when it gets closer and closer to lineup lock. After some day games today, we get the main slate, which features seven games, pending no postponements, and a bevy of top-tier starters. However, there is one grossly mispriced arm on DraftKings, as well as plenty of value bats to go around! Without further ado, let’s jump into today’s Value Vault!

Tyler Naquin, OF CIN ($3,000 DK/$2,900 FD) - Milwaukee’s Adrian Houser has been punished by lefties, to the tune of a .294 batting average and an OPS nearing .800. Naquin has a .258 average versus righties this year, with 12 home runs in 209 at-bats! Houser has a 4.08 ERA over his last five starts, striking out just 17 batters across 28.2 innings, while serving up a .280 batting average. Cincy is a pricey stack today, but if you have the money, you’ll want Jesse Winker, Nick Castellanos and maybe even Eugenio Suarez alongside Naquin in your lineup(s).

Ben Gamel, OF PIT ($2,400 DK/$2,300 FD) -- Over the last month, Gamel has a massive 1.039 OPS versus right-handers, not to mention a .292 average and 178 wRC+. In the month of July alone (23 at-bats), he’s homered four times while posting an even higher 1.543 OPS. Oh, he’s also hitting .435! It’s not the best matchup as Taijuan Walker has been decent and especially tough on lefties, but Gamel is swinging a hot bat at the moment, and there’s no denying that. UPDATE: This game has been PPD. Look to Haase or Benintendi instead.

Eric Haase, C/OF DET ($2,900 FD) -- Minnesota’s J.A. Happ’s home ERA is 4.32 and the long ball has hurt him there, allowing eight home runs in just 41.2 innings of work. Of the 16 homers he’s allowed this year, just one has come from a left-handed hitter, and Happ is struggling of late, serving up a 7.13 ERA over the last month. Haase is hitting .300 in the month of July with three homers and 10 RBI, and over the last month, he has a massive 1.246 OPS versus southpaws. Haase has big time upside today, and if you want a mini Detroit stack, look at Niko Goodrum, as he’s 6-for-8 in his career off Happ.

Andrew Benintendi, OF KC ($2,800 FD) - Benintendi is hitting .288 against righties this season and he’s hitting an excellent .308 away from his home park. He’s hit safely in three of his last four road games, including homering twice, and Cincinnati’s Zach Plesac is making his return from an IL stint that kept him out for about a month and a half. Prior to heading to the IL, he had allowed five home runs in 18.2 innings of work, and a whopping 10 earned runs in that span with just six strikeouts.

Alek Manoah, SP TOR ($6,800 DK) -- Baltimore is just league average over the last two weeks in terms of strikeout rate and batting average versus righties, but overall for the year, they are below average in those two departments. He’s faced Baltimore twice this year, with one start being solid, and the other being not so solid. He’s coming off a dominant 10 strikeout game against the Rays and he’s allowed more than one earned run in just two of his seven starts this year. I can’t believe his price tag is this low. Despite the weather concerns for this game, there should not be 10 pitchers with a higher price tag than Manoah today. UPDATE: This game has been PPD.

Ryan Jeffers, C MIN ($3,400 DK) -- If you can’t afford Haase on DraftKings, slide down to Jeffers. He has a 1.128 OPS versus lefties over the last month, and he’s hitting .308 against lefties overall in 2021. Tarik Skubal has been solid, but righties do have an OPS near .820 against him this season. Minnesota hits lefties fairly well, so Jeffers could have ample chances to rack up points today, despite his recent cold streak.