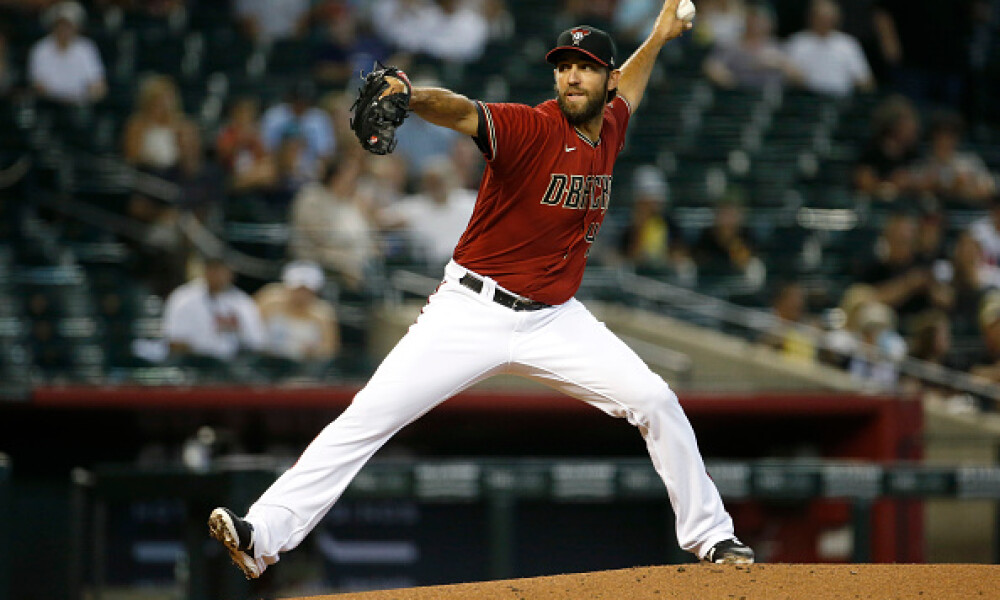 We have ourselves a nice little slate this evening, full of good value bats and an arm that caught my eye. I was rather surprised to find myself interested in a particular southpaw, but alas, here we are! Walker Buehler, Zack Wheeler and Lucas Giolito aren’t cheap, but don’t worry, I have plenty of players below to help you get your preferred arm or bat in the lineup.

Keep reading below to find my preferred value bats of the night, including my must plays on Yahoo, FanDuel and DraftKings! Without further ado, let’s jump in and find the players in today’s Value Vault!

Madison Bumgarner, SP ARI ($6,400 FD/$9,500 DK/$32 Yahoo) - Over the last two weeks, Texas is tied for the second-lowest batting average and they have a 24.2 percent strikeout rate. THe team’s 85 wRC+ is tied with the Pirates for second-worst over the last two weeks and there has been no life in the team’s bats, posting a measly .146 ISO during that time. Bumgarner is a bit pricy for my liking on DraftKings, but I like the upside today as your second starter. His 4.86 ERA on the road this year is better than his 5.35 mark at home, but what caught my eye is that he’s allowed just a .212 average on the road this year, compared to .278 at home.

Kris Bryant, 3B/OF CHC ($15 Yahoo) - Still a value on Yahoo! He’s 7-for-18 with three home runs in his career against Tyler Mahle and Mahle has reverse splits, as righties have posted better numbers against him than lefties. Mahle has been excellent on the road this year, so that presents some cause of concern, but Bryant hits righties well, and Mahle’s struggles come against righties. At this price point, you cannot go wrong.

Alec Bohm, 1B/3B PHI ($2,500 FD) - Bohm is 2-for-7 in his career with a home run against Patrick Corbin and Bohm loves facing southpaws, as seen by his .306 batting average and .829 OPS against lefties.He’s hitting .275 in the month of July and he hit .329 back in June, so he’s been on a nice little run after a very slow start to the year. He’s hit safely in five of his last seven games, and has an OPS of .833 in the month of July. UPDATE: This game has been postponed. Look to Brian Anderson at 3B.

Wilmer Difo, SS PIT ($2,000 DK) - Difo has carved himself a solid role with the Pirates. His versatility should help play nearly every day after the Adam Frazier trade and he’s shown that he can hit for the Bucs in 2021. He’s hitting .350 with a 1.001 OPS in July, and against righties in 2021, he’s hitting .293! Milwaukee’s Adrian Houser has allowed a .294 average to left-handed hitters, and Difo should prove a quality return on investment this evening. UPDATE: Difo isn't starting.