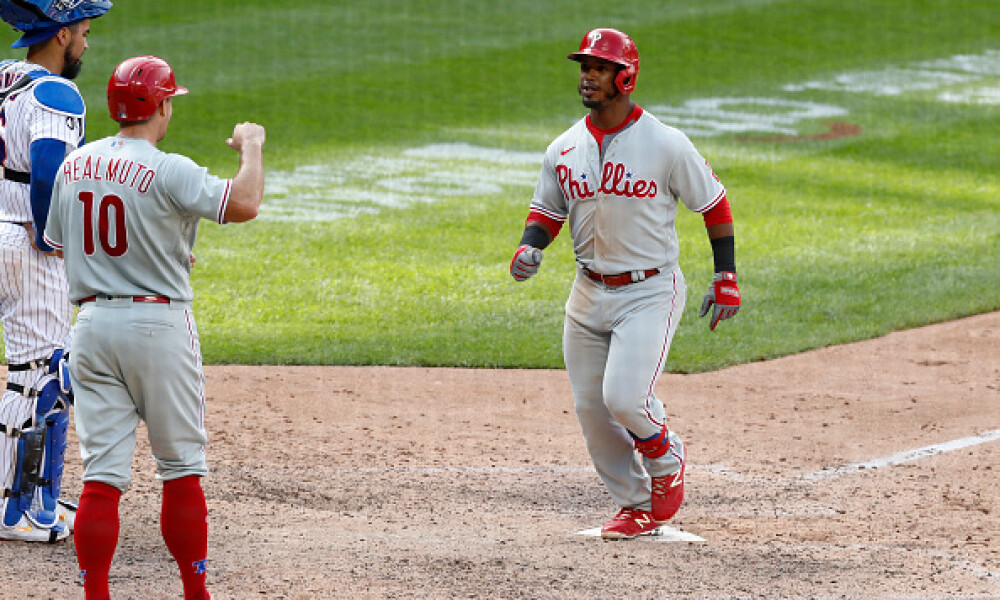 We have ourselves a nice little slate on this Monday evening, and a special treat for you who play daily fantasy on Yahoo! I’ve included some specific plays for Yahoo below, and I want to thank Yahoo for some of the prices of the players they have on there! Per usual, there’s your value bats for FanDuel and DraftKings so that you can afford Shohei Ohtani (L) (L) or Luis García (R) (R), or maybe both! Without further ado, let’s take a look at some of the best value plays of the day!

Jorge Soler (R) (R), OF KC ($2,800 FD/$2,700 DK/$9 Yahoo) - Soler’s .222 average against southpaws this year isn’t overly impressive, but his five home runs in 81 at-bats is eye-catching. Chicago’s Dallas Keuchel (L) (L) has served up a .260 batting average to right-handed hitters and Soler is red hot.  In his last 16 at-bats, he’s hitting .313 with a 1.513 OPS, and four of his five hits have sailed over the fence. Perhaps more notable is that he’s punched out just once! When Soler makes contact, good things happen, and that’s happening right now. Soler has multi-homer upside against Keuchel and his 4.73 road ERA.

J.T. Realmuto, C PHI ($12) - Like his teammate below, Realmuto has great numbers against Ross, going 6-for-13 off him in his career. Ross has been tougher on righties compared to left-handers, but that hasn’t stopped Realmuto before. The veteran backstop has an .809 OPS this month, and while he’s been a bit cold of late, he’s in a great spot today and has an .805 OPS versus the Nats this year.

Aristides Aquino (R) (R), OF CIN ($2,200) - Aquino has two at-bats against Kyle Hendricks (R) (R), and both of them have sailed over the fence for a home run. He’s posted a .961 OPS against right-handers this season and over his last 20 at-bats he has a .925 OPS. The powerful outfielder has hit safely in three of his last four contests and has massive upside today, especially if he gets a hold of a ball or two.