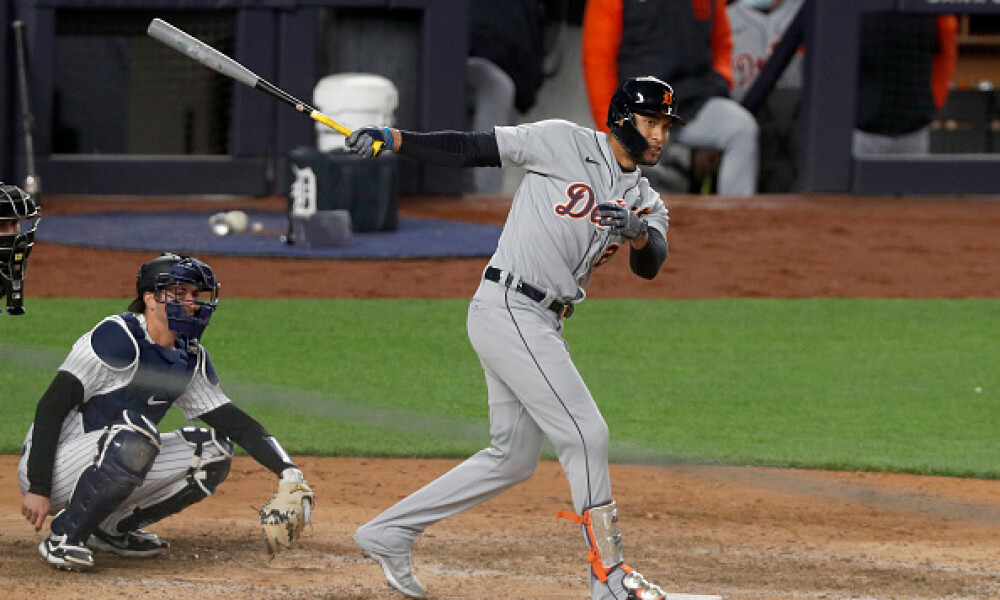 Oh baby!!! There are a lot of bad pitchers we get to target tonight. Well, maybe not bad, but some split disadvantages where value bats can thrive! Furthermore, we have a pitcher who is dominant at home, but somehow not priced amongst the elites on the slate! That right-hander is a no-brainer in my eyes for tonight’s eight game slate. Keep on reading to figure out who that is, as well as what value bats you can implement to round out your lineup. Those Toronto bats aren’t cheap tonight, so you’re going to need some! Without further ado, let’s jump into today’s Value Vault!

Victor Reyes, OF DET ($2,000 FD/$2,600 DK) - Texas’ Jordan Lyles has been abused by right-handers this season, to the tune of a .317 batting average and an OPS that is steadily approaching 1.000. Lefties haven’t been bad either, which is the side Reyes likely hits from this evening. In the first game of this series, Reyes logged four hits, and he’ll look to keep the momentum going against Lyles. The Texas right-hander has a 5.50 ERA in 10 road starts this year, and has allowed 14 home runs and a .271 BAA in said starts.  UPDATE: Reyes isn’t in the lineup. Detroit right-handers are still in play. You could also dive more into the Yankee lineup with Greg Allen.

Zack Short, SS DET ($2,100 FD/$3,100 DK) - Now it’s time for a righty against Lyles, because like I mentioned, he gets abused by them. He should have opportunities with guys ahead of him to do some damage, so we just need him to capitalize. I can’t trust him in cash, but in a GPP, if you’re sliding in some other Detroit hitters, Short is a cheaper option that is likely to be owned in very few lineups.

Carlos Correa, SS HOU ($3,200) - Correa is 2-for-2 with a home run in his career of Eli Morgan, and while Correa may be hitting just .268 against righties in 2021, he’s sporting a solid .271 average with a home run every 15.5 at-bats at home. It’s been a slow go since returning from injury, but he just doubled in his most recent game, and Morgan’s struggles against righties (.324 BAA and .434 wOBA) present the perfect get-right opportunity for the star infielder.

DJ LeMahieu, 2B/3B NYY ($3,300) - Matt Moore is in for a long night. Righties have hit .300 off him and posted a .410 wOBA, and a lot of the big bats in the New York lineup are righties. Giancarlo Stanton is my favorite play, but he’s too expensive for this article, but LeMahieu is perfect. He’s 9-for-18 in his career off Moore, and he’s hitting righties at a .281 clip in 2021. Moore has been better on the road than at home this year, sure, but I’m not scared of his 3.97 road ERA or .273 BAA on the road. Stanton and LeMahieu are a nice one-two punch from the Yankee lineup this evening.

Myles Straw, OF HOU ($2,000) - The hits haven’t been coming in bunches for Straw since the All-Star break, but he does have three RBI, one run scored and a stolen base since returning, so there’s some optimism. Like I mentioned with Correa, Morgan stinks, and Straw has hit righties at a .277 clip in 2021. Even if Straw is buried at the bottom of the order, if he can get on base, which he will, the bats at the top of the order should drive him in. Straw should score at least two runs tonight.