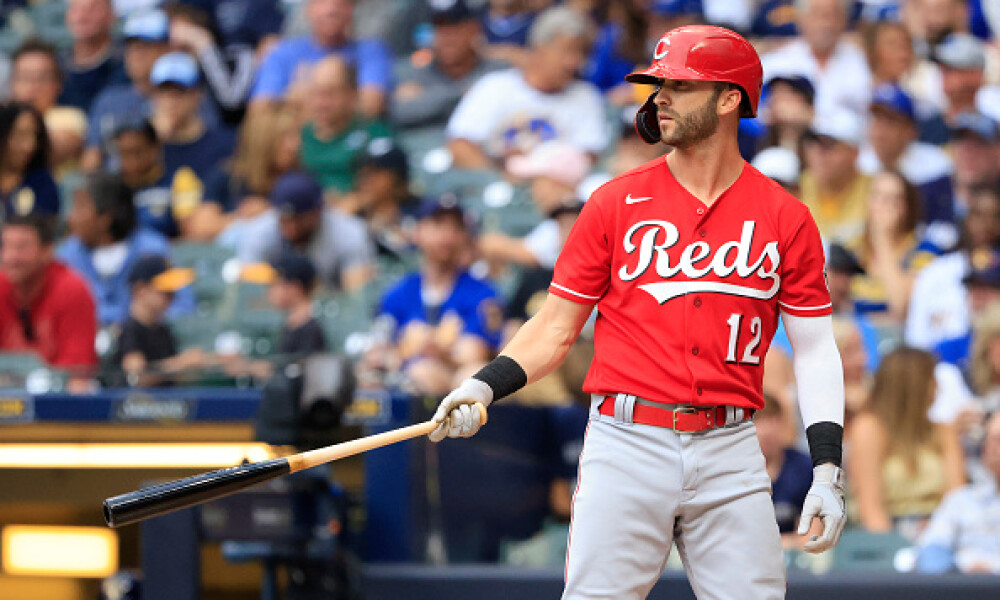 Well, I hope everyone is recharged from the All-Star break and ready for a fun, productive and profitable second half! There’s some weather of which to be cognizant, especially leading up to lineup lock later this evening. Should there be any postponements or cancellations, we’ll get this updated for you prior! Without giving too much away, there’s one team in particular that you’ll want to load up on, especially its left-handed hitters. Without further ado, let’s jump into today’s Value Vault!

Tyler Naquin, OF CIN ($2,200 FD/$2,500 DK) - Eickhoff has allowed six home runs in just 12.2 innings of work this year. Lefties have hit .407 with a 1.485 OPS against him and Naquin is hitting righties at a .256 clip this year with a .784 OPS. Naquin has homered once every 18.9 at-bats against righties this year, and he has a .788 OPS in his home park. Naquin is my favorite play of the day, and Cincy lefties should prove to be valuable today, namely Naquin and Jesse Winker.

Eugenio Suárez, 3B/SS CIN ($2,600 FD/$3,700 DK) - I love Cincy left-handers today, but if I’m chasing upside, I’m also going to look to sneak Suarez in. His putrid average against righties is overshadowed by a whopping 15 home runs against them. Yes, he’s slumping, but his last four hits have all gone for extra-bases (2 HR), and Jerad Eickhoff has a 7.50 ERA on the road this season. He’s surrendered six home runs in just 12.2 innings of work, and Cincy is going to tattoo this guy all around the yard. Suarez will be a sneaky play to slip into your Cincy stacks this evening.

Tommy Edman, 2B/OF STL ($2,900 FD) - Holy, BvP! Edman is 6-for-7 against Chicago’s Alec Mills, and lefties have had more success against Mills, as seen by the .288 average and .354 wOBA he’s allowed. It hasn’t been a great month of July for Edman, and he doesn’t pack much of a punch, but he has a great track record against Mills, and he could tally a couple of hits with a run or two scored and reward those who invest in him handsomely. On the road this year, Mills has surrendered a .282 average to opposing hitters, and has a porous 6.49 ERA.

Tommy Pham, OF SDP ($3,000 FD) - Pham has a .309 average on the road this year and for the month of July, he’s slashing.302/.434/.796! Like many other Padres, he enjoyed a productive series against the Nationals over the weekend, as he went 8-for-12 with one home run, one double, three RBI, eight runs scored and just one strikeout. Pham has a .375 wOBA against southpaws this season, and while Kyle Muller has been no slouch, Pham is the play today.

Kole Calhoun, OF ARI ($2,000 DK) - Lefties against Chase DeJong is the perfect recipe for a winning evening. DeJong has allowed lefties to hit .282 with a .383 wOBA and Calhoun has a .265 average against righties in 2021. Calhoun is struggling a bit in July, but he was solid in June. Statistically, Calhoun has been quiet, but today is a great opportunity to bust out of this mini-slump he’s in, and join in on the hit parade against DeJong. At this price, sign me up.