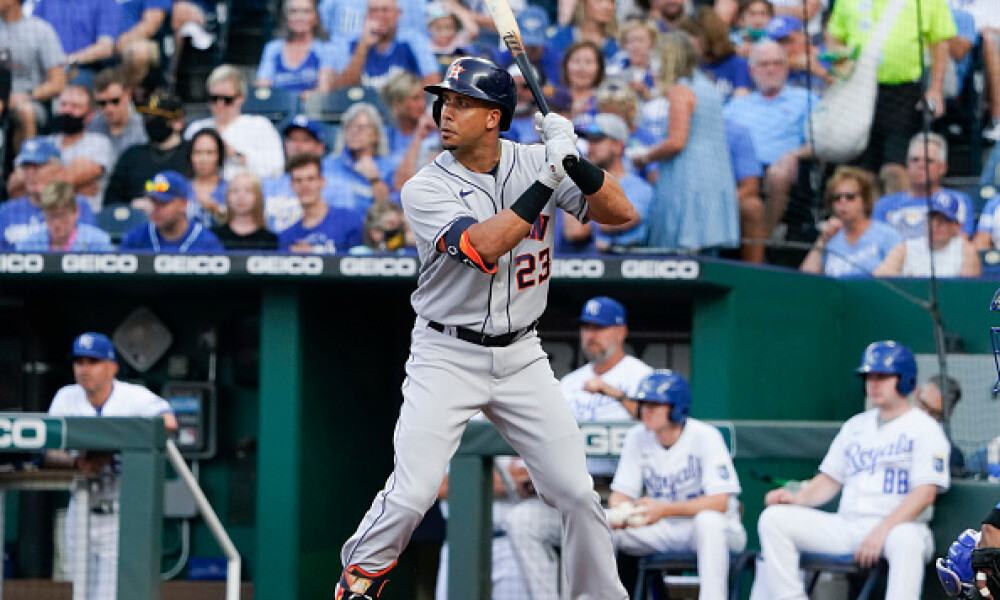 For this fine Tuesday we are treated to a 14-game slate! Nearly a full one! Plenty of value bats to be had and there’s one value arm I really like tonight if you want to get risky on this Tuesday evening! He could be your perfect GPP ticket, or perhaps your second starter on DraftKings with considerable upside. There are also two bats that I believe you simply cannot avoid tonight. All of that and more is down below!

David Bote, 3B/SS CHC ($2,800 FD/$3,500 DK/$7 Yahoo) - If you are a sucker like me for BvP data, you won’t be playing without David Bote in your lineup. He’s 3-for-6 with two home runs in his career against Germán Márquez and while his numbers aren’t impressive this year, the numbers are promising against the Colorado right-hander. Bote isn’t swinging the hottest bat, but in GPPs, I love pairing Bote and his excellent BvP numbers with another teammate of his.

Tanner Houck, SP BOS ($6,700 FD/$7,900 DK/$36 Yahoo) - If Boston doesn’t keep him on a short leash, he could be an excellent value arm this evening. He threw just 58 pitches in his last outing but did throw 89 in the outing before that. He’s yet to surpass five innings of work, but he does have 16 strikeouts over his last 12.2 innings of work. Over the last two weeks, the Twins’ offense is league average in terms of strikeout rate, but below average in team batting average. I’m only considering Houck in GPPs tonight, due to the fact that he might not get deep into the game. What is most encouraging is that he has the stuff to rack up near double-digit strikeouts in just five or so innings of work.

Michael Brantley, OF HOU ($13) - I’ll say it in advance. Thank you, Yahoo! Brantley has a .365 batting average against right-handed pitching this year and Kansas City’s Brady Singer has allowed a .354 wOBA to left-handed hitters this season. Brantley might be cold of late, but that’s not scaring me away. Despite hitting just .226 over the last two weeks, he’s punched out just six times, and putting the bat on the ball should mean good things against Singer.

Giancarlo Stanton, OF NYY ($12) - This price point on Yahoo was a bit shocking. Just 12 dollars for someone that can leave the yard with literally any swing. Stanton is 9-for-28 in his career off Charlie Morton, and he has a .494 slugging percentage against right-handers this year. Stanton is hitting .400 over the past week and he has as many home runs (3) as strikeouts in that span (3). I’ll take a chance with Stanton at this cheap price.

Amed Rosario, SS/OF CLE ($3,200) - In my opinion, Rosario is one of the easiest, no-brainer plays of the day. He’s sporting a .336 batting average and .387 wOBA versus southpaws, and Kansas City’s Taylor Hearn has been more prone to righties than lefties this year. Additionally, Rosario has a .303 batting average at home this year. Do you want recent numbers? Okay, well he’s hitting .500 over his last 22 at-bats, and over the past two weeks, he’s hitting .418 with a 1.130 OPS. Fire him up today and don’t look back.

Rafael Ortega, OF CHC ($3,200) - Ah, here’s the other Cubs player I mentioned earlier! Ortega has a .344 batting average and .947 OPS against right-handers this year, and he’s hitting .324 in the month of August. He has an .839 OPS against Colorado pitching this year, and Marquez has been far more generous to left-handed hitters (.243 BAA) compared to right-handers (.197).

Nicky Lopez, 2B/SS KC ($3,000) - I just can’t quit him! He’s hit safely in eight of his last 10 games, he has a .389 batting average against Houston pitching this year, he’s hitting .407 over the past week and he has a .287 batting average and .364 OBP against right-handers this year. Furthermore, his lone official at-bat against Luis García sailed over the fence for a home run! He’s still too cheap and needs to be rostered until his price matches his performance.