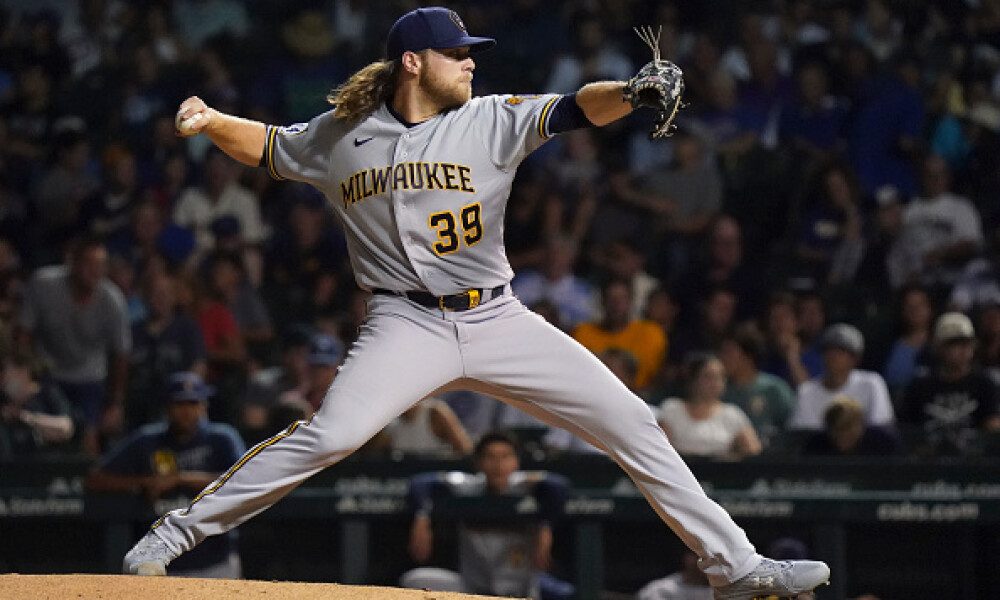 Corbin Burnes, MIL - The Reds have been hitting righties hard much of the year but Burnes is an altogether different caliber of pitcher and it showed the last time he faced them. He went eight strong innings and struck out 12. Cincinnati has been a bit all or nothing against RHPs the last couple of weeks with a nearly 24-percent K-rate but above-average wOBA and wRC+ marks. If they miss more than they hit today, Burnes is worth it.

Jack Flaherty, STL - Flaherty has come back without missing a beat giving up just two earned runs in the 12 innings since his return. As if it couldn’t get better, he gets to face the Tigers on Tuesday who are abysmal offensively and striking out nearly 28-percent of the time against RHPs. At home, Flaherty has a sub-1.75 ERA and a .159 BAA in 31 innings as well. Not looking good for the Tigers’ bats but looking great for Flaherty’s DFS value.

Madison Bumgarner, ARI - MadBum shut down the Pirates last time he faced them and in the last five starts, regardless of opponent, he’s not allowed more than two earned in any of the starts. Pittsburgh as a team has struggled against LHPs recently with a 25.7-percent K-rate and a .272 wOBA and 67 wRC+ which are both subpar to put it nicely. In his seven starts since the All-Star break, Bumgarner has a 1.93 ERA and a 31:5 K:BB over the 46.2 innings.

Germán Márquez, COL - The rule with Marquez has always been to play him at Coors but not away from it but the match-up against the Cubs is too good to not pounce on. The Cubs have struck out 30.5-percent of the time against RHPs the last few weeks and have been below-average in wOBA and wRC+ as well with .291 and 80 marks respectively. Even though Marquez had a bad start two starts ago, he’s still posted a 3.20 ERA and a sub-.200 BAA over the last 10 starts making him intriguing as well.

Eli Morgan, CLE - Morgan is coming off his best start of the year last time out and now gets the Rangers to try and double down on. Texas might not strike out much, 20.1-percent versus RHPs recently, but their wOBA and wRC+ are both well below-average in that same span as well at .264 and 65 respectively. Texas has a similar profile as Minnesota offensively right now, and Morgan shut down Minnesota with ease...

Tylor Megill, NYM - Megill faced the Giants last time out and performed well against them with six strong innings. It’s always a risk to start a guy facing the same team two starts in a row, but with Megill’s home numbers and the San Fran offense struggling a tad, the match-up looks better. Megill at home has been very good with a sub-2.50 ERA and more than a strikeout per inning while the Giants have struck out 25-percent of the time against RHPs recently. If he can pull off a similar outing against San Fran as last time out, he’s certainly worth value.

Sammy Long, SF - Look this is gross. I’ll be the first to admit it but when we get this far down the salary list what do we expect? Long should only be considered as an SP2 on DK but, there is a chance that he can rekindle what he had rolling in June against a Mets’ offense that has been poor against left-handers recently with a .251 wOBA and 59 wRC+. If Long can last five innings with 5-6 strikeouts, we’re looking good.