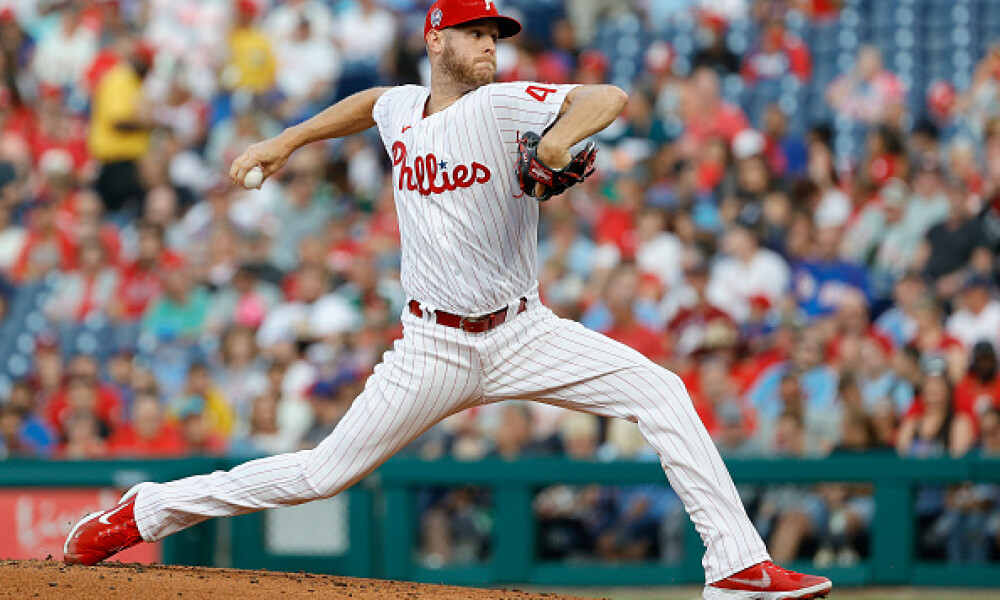 Thursdays are typically getaway days in series and with that comes a split slate for DFS. The sites have split these with six games on the main slate starting at 1:10 pm ET. This coach will deal with that slate and not the four-game slate starting at 7:05 pm ET. With that said, there are a few games with pop up showers that could force minor delays, though none are really expected. Chicago, St. Louis, and Kansas City are the most likely spots for the rain on this slate and even then, they’re scattered showers at best.

Zack Wheeler, PHI (DK ONLY) - Wheeler and the Phillies take on the Diamondbacks in the desert but this game is only on the six-game DK slate. Wheeler has been a lock down starter for the Phillies this year and let’s face it, the Diamondbacks offense has been terrible most of the year. Since the All-star break, Arizona has struck out more than a quarter of the time against righties.

Shane McClanahan, TB - McClanahan has been rounding into the starter most prospect writers, including myself, expected him to be this year for the Rays. At home this year, he’s been slightly better than on the road and this will be the third time in six starts that he draws the Orioles, but, those last two starts have gone well with 3.00 ERA and 15 Ks in 12 innings and nearly 25 DK points a start. The O’s continue to be searching for offense and have only really been around league-average against lefties in the second half.

Dylan Cease, CWS - Cease is a wild card on this slate. He’s either going to put up fewer than 10 points or go for 25 plus. That’s basically what he’s done in the last five starts. The rule with Cease is that he’s better to play at home with a 2.44 ERA and a far better 89:23 K:BB ratio in 66.1 innings. Oakland’s offense is one that can go cold for a night or day in this case and against a guy with the stuff of Cease, this could easily be one of those days.

Luis García, HOU - Look this has been a weird series for both teams but one thing’s for sure, the Royals’ offense isn’t exactly threatening. They may not strike out as much as others but they are still easily in the bottom-quarter of the league in wOBA and wRC+ versus righties since the All-Star break. Garcia has been tough to judge on the road though half of his runs allowed on the road have come in the last three starts away from Houston but against tougher offenses than the Royals.

Matt Manning, DET - The Angels continue to struggle against RHPs and Manning, though the ERA doesn’t look great, gets a boost from being at home. At home this year, he’s posted an ERA in the low-threes and while the strikeouts haven’t been plentiful, the Angels strike out more than your average team versus righties and that should help bolster the value here a bit.