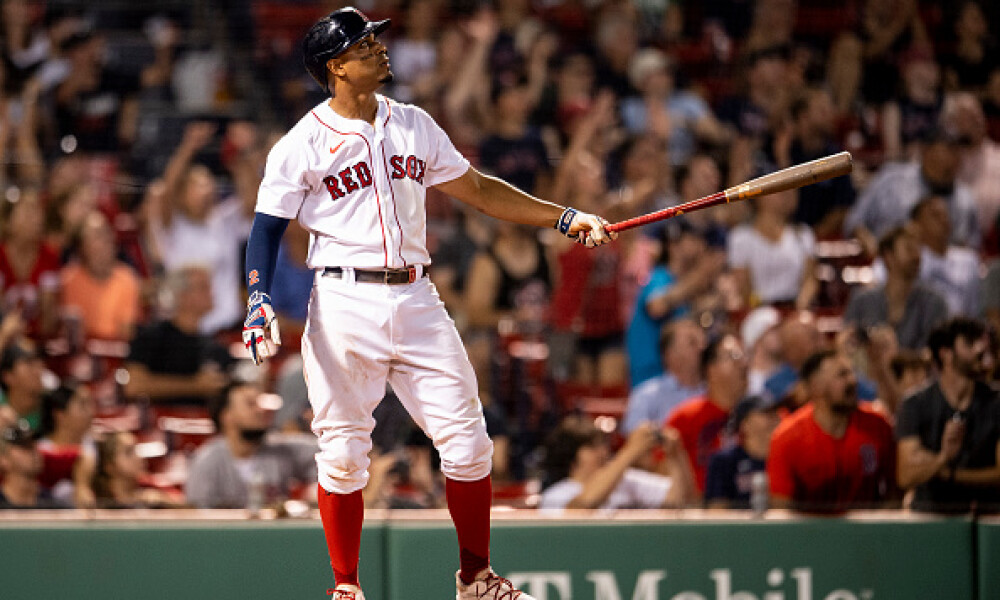 The evening slate is a 10-gamer on all of the sites without Coors on it which should open up some options. There is some spotty weather across the country today as well with games under the threat of pop-up storms that may cause delayed starts in a few spots, and potentially one PPD. We all know that Washington gets very dicey to involve in your builds when rain is being hinted at, let alone called for, so until we know that game is being played, stay cautious of Washington.

Xander Bogaerts, Rafael Devers, J.D. Martinez, BOS - Boston was swept in the doubleheader yesterday and they simply won’t take that lying down, nor will they continue to not hit well against the Yankees’ starter on Wednesday. Andrew Heaney is on the bump today and he’s been welcomed to New York with a ton of runs and homers given up. Bogaerts and Martinez have each smoked Heaney in previous match-ups with the southpaw going a combined 10-for-19 with three homers and all three are crushing left-handed pitchers this year with 18 combined homers and no less than a .350 wOBA. As for Devers, Heaney has been hit harder by LHHs than RHHs this year.

Jazz Chisholm Jr., 2B MIA - Chisholm has been up and down this year as he’s come back from injuries and sickness, but right now he’s playing pretty well with a couple of homers in the last 10 games. This game is also at home, at which, Chisholm is hitting nearly .300 on the year with seven of his 13 homers coming in Miami. It also happens to be a good match-up with Charlie Morton on the mound and the second baseman having gone 4-for-9 with a homer and five RBI off of Morton this year.

J.P. Crawford, SS SEA - Crawford gets a familiar foe tonight in Mike Foltynewicz with five hits in 19 at-bats against the Rangers’ righty with three of those going for homers. Folty has been knocked around a lot this year and especially by Seattle with their 25 hits and seven homers off of him already. Crawford is a better deal on FD than DK but as the likely leadoff hitter for the Mariners either value is solid at these prices.

Whit Merifield, 2B/OF KC - I get there’s already a second baseman in this mid-tier but on FD, Merifield counts as an outfielder as well. In five career at-bats against Zack Greinke, Merifield has four hits with a homer and Greinke has been getting hit pretty hard by RHHs this year as he’s allowing a .339 wOBA to them.

Justin Upton, OF LAA - This is gross. I’m fully aware. I’m also aware that he’s played sparingly of late due to his, let’s say, lack of production. However, there’s a lefty on the mound for the Tigers and that should give Upton a shot to play and perhaps produce. Even with Upton struggling this year, he’s still posted six homers and a .361 wOBA against southpaws.