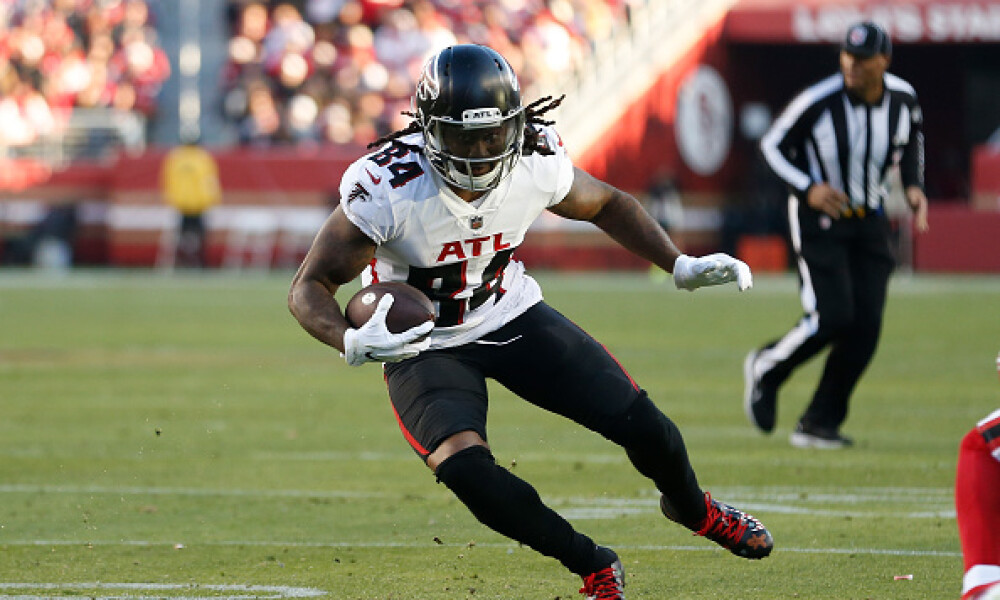 Cordarrelle Patterson, ATL – Patterson is coming off a terrible game in which he scored just 4.3 points, BUT he did have a touchdown that got called back barely, so it was close to being a meh day for him had it counted. He has had a fantastic season and I don’t think it’s a bold call by any means to say he will have a bounce back game against Detroit this week. The Lions rank as one of the worst teams against running backs in the league and I highly doubt the Lions blow out the Falcons (even though they somehow blew out the Cardinals last week). Patterson should get plenty of touches and have a solid game once again.

James Robinson, JAX – In the first game post-Meyer coaching, J-Rob matched his season high carry total with 18, rushing for 75 yards and a touchdown while also matching his season high target total in the passing game with six (catching three for 13 yards). It goes without saying that the coaching change was a good one for Robinson and exactly what he needed. Now he gets a matchup with the Jets, who rank as the best matchup in the entire league for running backs and a game where neither team should get blown out. Robinson is a great play at his mid-tier price tag and one that will probably be pretty popular once again this week (as it was last week and he came through with 17.8 points).

David Montgomery, CHI – Monty hasn’t had a big ceiling game in a while now, but he’s been consistently producing and consistently been getting a lot of work (especially in the passing game with at least five receptions and six targets in three straight games). I expect that large workload to continue and for Monty to once again produce at the very least a nice floor. However, given this tasty matchup with Seattle, I would not be surprised to see a ceiling game for him in which he finds the end zone a time or two and smashes his cheap price tag.

Michael Carter, NYJ – Carter flopped big time in his return to action last week, but I do like his chances of bouncing back this week. For starters, now in his second week back to action he should be able to get more touches than the nine he had it last. He, like J-Rob, also has a great matchup with this game between the Jags and Jets as both teams are terrible and should make for a competitive game. I wouldn’t expect a massive ceiling type game, but I wouldn’t be shocked to see him score 15-20 points and at his price range that is plenty enough to be a good value play.

Craig Reynolds, DET – This play is very dependent on the status of Swift and Williams, which at this time is unknown if they will play or not. If Swift makes his return, Reynolds becomes a complete non-option for me. If just Williams does, Reynolds is a decent GPP play. If neither does, lock and load Reynolds in all formats at this near minimum price tag. He has played very well over the past two weeks, racking up over 200 total yards in that span. The Lions take on the Falcons, who have a terrible defense and an all-around terrible team, which should allow for the Lions to be competitive in this game and for them to use the running backs at a high volume.

Najee Harris, PIT – Harris has kind of fallen off a bit as of late with only 4.6 points last week and only 6.7 points in Week 12. He is averaging 18.2 points per game on the season, but has only reached that mark once in the past five games. He hasn’t reached 25.5 points in any of the past nine games, so the ceiling really isn’t there either. The high price tag just isn’t matching the production at all. On top of all that, the Steelers are taking on the Chiefs and the Chiefs seem to be back on track, making this a game that the Steelers could fall behind in, especially with it being a road game.