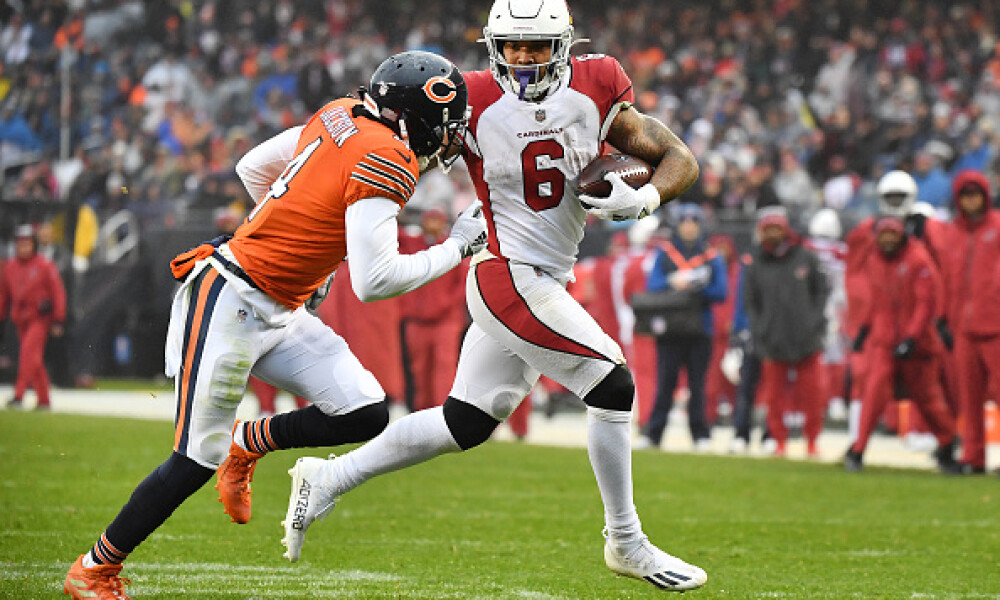 Cordarrelle Patterson, ATL – Patterson’s incredible season continues as he once again found the end zone and scored a solid 13.9 points. He is averaging 19.4 points per game this season if you take out the game against Dallas when he scored 4.9 points and left with an injury after just four carries. That 19.4 point per game total is the HIGHEST on the slate (amongst active backs) and he is not being priced as even a top-three back. This matchup with the Niners is a solid one as well and we can expect Patterson to once again be heavily involved in the offense and continue to have a high floor with a high ceiling. He is the best spend-up of the week.

James Conner, ARZ – This play feels like it could be a bit risky, assuming Edmonds comes back, but Conner has been ballin’ and I think it’s safe to assume he would still be the lead back even if Edmonds returns. On top of that, the Cardinals are taking on the Lions and it doesn’t get much better than that as the Lions get torched by backs on a weekly basis. The Lions played the Broncos last week and BOTH Williams and MGIII managed to top 20 fantasy points. He seems more likely than any back this week to find the end zone at least one time.

Antonio Gibson, WAS – Gibson flopped big time against Dallas last week, but the fact that the Football Team got down huge early probably didn’t help. However, he had been a beast in the month prior and was getting a ton of volume (which can’t be said for the game against the Cowboys as he had just 12 touches). This matchup with the Eagles is a good one and I can see this game being a bit of a back and forth with both teams putting up points. Gibson should return to a high volume total this week and I wouldn’t be surprised if he finds the end zone a time or two as well. (UPDATE: This game is no longer on the main slate. I still like him for any slate he is on)

D’Onta Foreman, TEN – I am doing it, I am fully onboard the Foreman train. He came through for us last week, scoring 14.2 points (the same amount he scored in Week 12 as well), giving him back to back strong games. He is the lead back in this offense and that should continue this week as he vastly outplayed Hilliard against the Jags. This matchup with Pittsburgh ranks as one of the best in the league as well, so there are plenty of reasons to believe that Foreman could be in for another strong game and he’s still very cheap, which is also a great thing obviously.

David Johnson, HOU – This feels gross even considering using DJ, but he’s sooo cheap and everything points to this play making sense. The Texans cut Lindsay and Burkhead is now hurt. On top of that, the Texans are taking on a terrible Jaguars team that ranks as a plus matchup for backs. I don’t think he has an immensely high ceiling, but I think he should crack double-digit fantasy points this week and, from a value tier back, there’s nothing wrong with that. I would probably consider him more of a cash game play for that reason (the low ceiling).

Chuba Hubbard, CAR – Going right back to the well with Hubbard as a fade after having him here last week. He found the end zone and still failed to crack double-digit fantasy points. He ran 10 times for just 33 yards and had ZERO targets in the passing game. On the flip side, Abdullah was far more efficient, rushing four times for 16 yards and on top of that he was targeted four times in the passing attack. Abdullah actually played 13 more snaps than Hubbard. This matchup with Bills will probably favor Abdullah more than it will Hubbard and Hubbard is far more expensive. If I was to use either of the Panthers backs this week it would be Abdullah.