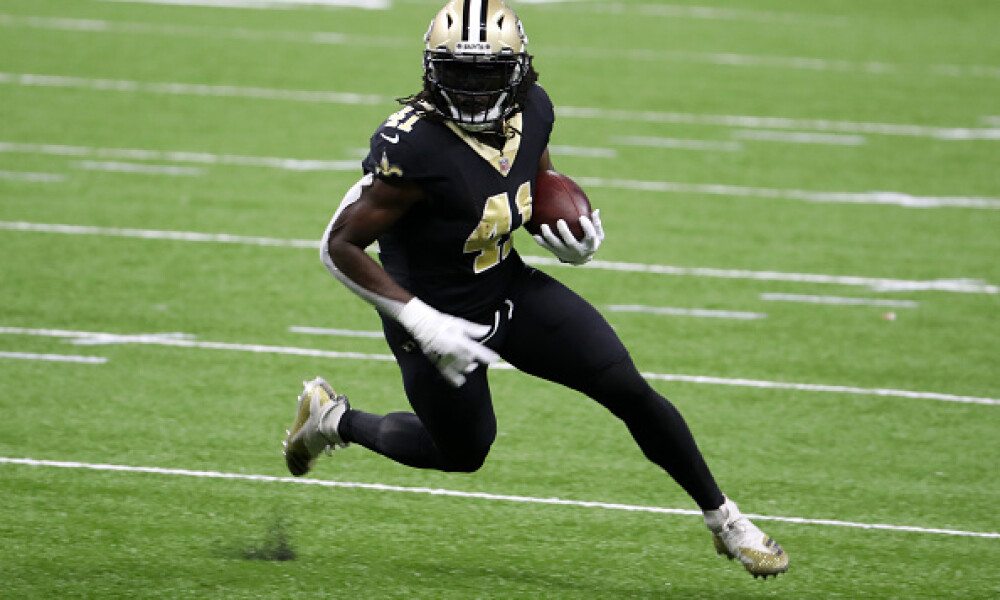 Alvin Kamara, NO – Kamara has been lighting it up since Week 3, scoring 20.8, 15.0, 29.2, 36.9, and 16.6 fantasy points over his last five games. With Winston done for the year, the Saints will have to lean on Kamara even more as it seems unlikely they will be able to do much downfield passing. It remains to be seen who starts are QB between Semien and Hill, but semien is probably the preferred option here as Hill struggled with check downs to Kamara last season. Kamara has have north over 20 touches in all but one game this season and now he gets great matchup against the Falcons. He is highest priced back, but there is good reason for that as he is an elite option this week.

Austin Ekeler, LAC – Ekeler has scored at least 22.5 points in five of his past six games, which is incredibly impressive. He also has at least five targets and at least three receptions in six straight games and he has eight total touchdowns in seven games. He has the receiving work to provide a high floor and he has the touchdowns to provide the high ceiling, he is everything that you want in a spend-up. He also has a great matchup on tap as the Eagles have really struggled against running backs this season. Choosing between Kamara and Ekeler this will be tough, but Ekeler is probably the safer bet given the uncertainty at quarterback for the Saints right now.

Myles Gaskin, MIA – Gaskin has been a very tough nut to crack this season as he has been a roller coaster of ups and downs. He has a down week in Week 7, but I am still happy with it because he had 15 touches and that’s the most important thing. It marks the first time all season that he has had back-to-back games with at least 10 carries and the first time he has had back-to-back games with at least 15 touches. Buffalo was not a great matchup for him or for any RB and he has now struggled both times Miami has faced them this season. This week, he gets a much better matchup against the Texans and I expect him to perform well.

Kenyan Drake, LV – Since Rich Bisaccia took over as the Raiders head coach two games ago, Drake has scored 21.3 and 16.9 fantasy points. Is that a direct correlation? That remains to be seen, but so far, so good as those are his two highest scoring games of the season. Now he gets a matchup with the Giants, who rank as a top-five matchup in the league for running backs. He should be able to keep the good times rolling in this matchup and he is probably the cheapest back on the slate that I feel like we can trust this week even with Jacobs starting and probably garnering the more work than Drake.

Rex Burkhead, HOU – After seeing his name you may have had a reaction like “Burkhead?? Really?” Yes, really, at least as a GPP dart throw at nearly the minimum price. In the first week post-Ingram trade, Burkhead appears to be the biggest beneficiary. He scored 13.8 fantasy points as he rushed four times for 21 yards and a touchdown while also catching three passes for 27 yards. He led the backfield in touches and was easily the most effective as Lindsay and Johnson barely gained any yards at all on their touches. I could see Burkhead continues to lead the backfield in the passing attack while also getting his split of the carries. This week he gets a nice matchup with Miami. It is a roll of the dice, but it could pay off.

Nick Chubb, CLE – Chubb may be a bit surprising, given the great matchup he has, but I am just not seeing anything to like. Sure, Carter tore the Bengals apart last week, but a lot of it came as a receiver, which we know Chubb doesn’t do; he is averaging less than one target per game over the last five games and hasn’t had more than one in any of those games. Yuck. He has failed to even hit 10 fantasy points in two of those games and he has only hit 17 points once in that span (27.0 in Week 5 against the Chargers). Can you take a shot on him in a GPP? Sure, but even there I don’t love it; however, he should not go anywhere close to a cash game lineup.