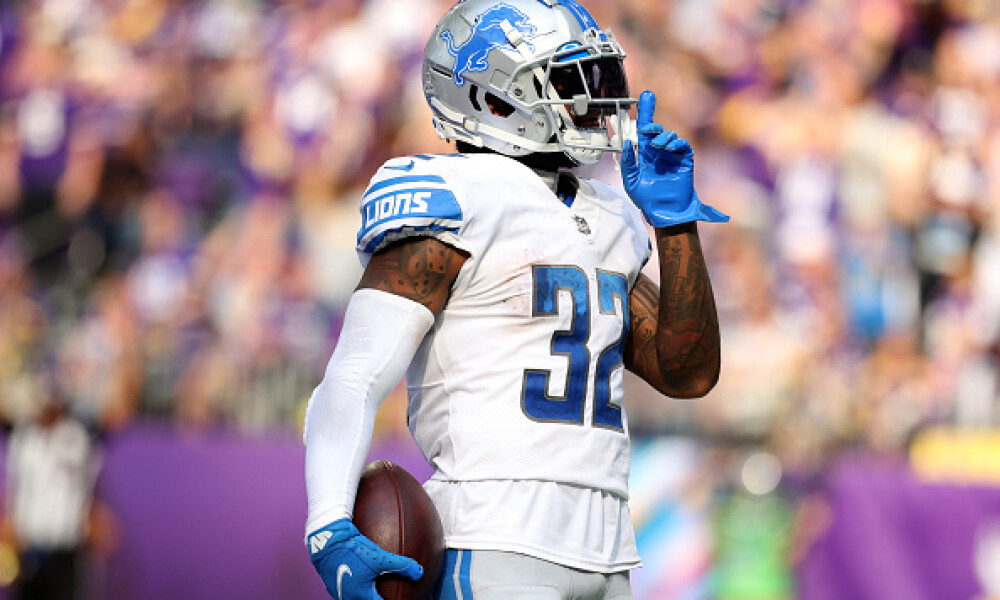 Austin Ekeler, LAC – Ekeler has been incredible since Week 2, scoring 22.5, 22.7, 32.5, and 33.9 fantasy points over the last four weeks while getting at least five targets in every game and at least 17 total touches. He is averaging nearly 25 fantasy points per game on the season and nobody else at the position (on the main slate) is averaging more than 20. Now he gets a strong match-up with Baltimore, who ranks as a top-five match-up for running backs this season. He should be able to keep the momentum going and his high usage in the passing game gives him a nice floor, but his ceiling is also very high. He is the best spend-up option of the week.

Jonathan Taylor, IND – Taylor is coming off a massive game in which he scored 34.9 points against the Ravens on Monday Night Football. He rushed 15 times for 53 yards and a touchdown while also hauling in three passes for 116 yards and a touchdown. It was his second straight game with at least 23 fantasy points. He has now had at least 15 carries in four of five games to kickoff the year. He should be able to keep the good times rolling this week as the Colts take on a bad team in the Texans. Game flow is very important to Taylor as he starts losing work if the Colts fall behind, so we have to like the idea of a game against a really bad team in which it’s unlikely the Colts fall behind.

D'Andre Swift, DET – Let’s go back to the Swift well once again as the only repeat running back from last week to make an appearance in here once again. He played well, scoring 22.4 fantasy points, and that was his third game this season with at least that many points already. He has had five or more targets in every single game this season and at least four receptions. He has found the end zone three times thus far. The Lions have a great match-up for running backs this week as they take on the Bengals. The Bengals have been torched by backs, both on the ground and through the air, which plays into Swift’s multi-dimensional talents obviously. Swift is an a great play in all formats this week.

Darrell Henderson, LAR – Henderson has played four games this season and scored at least 15 fantasy points in all four games. He has been very consistent scoring between 15.7 and 17.2 points, which shows a nice floor but not a big ceiling. The volume is there though as he has at least 16 touches in every game and he has found the end zone three times already. Now he gets a match-up against the Giants, which ranks as a top-three match-up for running backs this season. Game flow should be in his favor here as well, as the Rams are the far better team. I expect good volume once again and I would honestly be surprised if he doesn’t find the end zone.

Devontae Booker, NYG – On the flip side of Henderson, we have Booker. Booker stepped in to replace the injured Barkley last week and he dropped a 20 spot in fantasy. He rushed 16 times for 42 yards and a touchdown while also catching three passes for 16 yards and another touchdown. 19 touches in a game he didn’t even start? Certainly a good indication for production this week. He has a very reasonable price tag for a back that appears to be the bell cow this week in a match-up that ranks pretty favorably. Even if the Giants fall behind, Booker should get work in the passing game. He will probably be a bit chalky, but for good reason.

Chris Evans, CIN – The minimum price dart throw. Mixon is banged up and was limited last week, which allowed Perine to shine. Mixon is still dealing with nagging injuries and I don’t expect him to be a full go this week either. However, Perine tested positive for Covid-19 and he will not be able to play this week, which makes Evans the de facto number two back for the Bengals this week, in a game that should see him getting a solid number of touches (Perine had 15 last week). Keep close tabs on Mixon’s status as we head into the games Sunday, because if it sounds like he will be limited once again, Evans makes for a GPP shot salary saver. Evans hasn’t rushed yet this season, but he’s caught all five of his targets in the passing game and the Lions rank as one of the best match-ups in the entire league for backs.

Nick Chubb, CLE – While I was in on Chubb last week and he was in the Week 5 edition of the RB Coach, we are going the opposite direction this week and putting him in as a fade. I don’t like anything about this match-up with the Cardinals. Their defense has been playing great and they are currently 5-0, which could mean the Browns find themselves trailing in this game, but even if that doesn’t end up being the case, there is a chance that Chubb struggles to get anything going anyways. We are talking about a player that is very expensive and averaging ONE target per game this season in the passing game. I can’t see spending up for him this week as I would rather just spend down on cheaper guys that have the same upside or more. UPDATE: Chubb is OUT this week.

*ADDED* Aaron Jones, GB – I can’t get behind Jones at this price tag. He has scored 4.2, 17.6, 11.9, and 17.9 points outside of his one monster game against the Lions. None of those totals are worth this price tag and with Dillon getting more and more work; things are only getting worse for Jones. Add to that the fact that the Bears aren’t a good matchup and there just isn’t a reason to spend this type of money to play Jones.