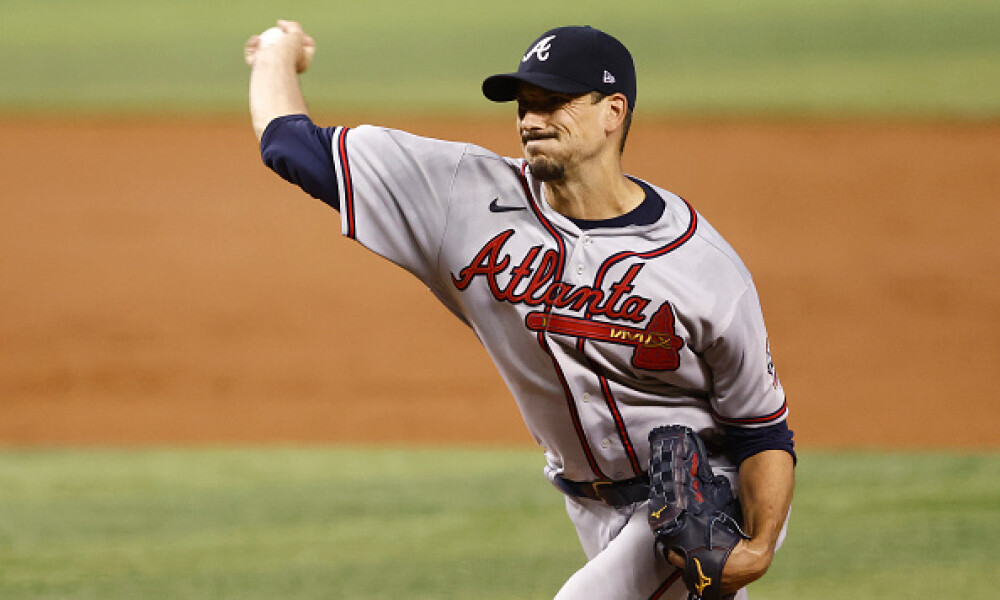 Charlie Morton, ATL – Morton had some rough starts to begin the year, but over his last 13 starts he has produced a 3.04 ERA, .188 BAA, and 91 strikeouts across 77 innings pitched while recording an 8-1 record (scoring at least 13 points on DK in eight straight). That brings his stat line for the year to 10 wins, a 3.72 ERA, 3.48 FIP, and 135 punch-outs across 116 innings. The Brewers have the sixth highest strikeout rate in the league this season at a 25.4-percent clip. It’s not the easiest of offenses to deal with, but Morton should be able to keep the good times rolling.

José Berríos, TOR – Berrios makes his Blue Jays debut tonight, bringing a 3.48 ERA, 3.56 FIP, 1.04 WHIP, and 126 strikeouts into this contest across 121.2 innings this season. He has scored at least 18 DK points in four straight starts. He gets a familiar opponent tonight in the Royals, who he has faced twice this season and picked up two wins and 13 strikeouts across 12 innings. The Royals rank 24th in the league in runs per game with an average of 4.15 for the year and they are 24th in the league in runs scored over the past 14 days with a total of 50. Look for the Jays to put some runs on the board today and support Berrios to his first win in his new uniform.

Jordan Montgomery, NYY – Monty is in the midst of the best season of his career, pitching to a 3.78 ERA, 3.56 FIP, 1.20 WHIP, and striking out 110 batters across 109.2 innings of work. In his last two starts (against tough opponents in the Red Sox and Rays) he has compiled 10.2 innings of shutout baseball with 11 strikeouts. He should continue that groove today when he takes on a poor Miami lineup. The Marlins rank 27th in runs per game this season and no longer have Marte or Duvall. Miami has scored a total of 44 runs over the past 14 days, which is 28th in the league. They also have the highest strikeout rate against lefties of any team in baseball with a mark of 28.1-percent. Monty is an amazing play today.

Michael Pineda, MIN – Pineda has pitched well thus far with a 3.86 ERA, 1.19 WHIP, and striking out 64 across 72.1 innings. Nothing overly exciting, but he’s getting the job done. This matchup with the Cardinals is a good one. They rank 26th in runs per game this season with a mark of 3.99 and they average just 2.67 per game over their last three games. They also have the third highest strikeout rate over the past 14 days at a 25.9-percent clip. This is a good spot for Pineda and while I like Monty more at a similar price, Pineda is not a bad alternative option.

Marco Gonzales, SEA – Gonzales has been terrible this season and there is no getting around that, but he is a proven pitcher and he is coming off a solid outing against Oakland in which he held them to two runs across 5.2 innings of work while picking up the win. Today he gets a good matchup with Texas. They rank 28th in the league in runs per game with an average of 3.86 per contest. They also have the 10th highest strikeout rate over the last 14 days at a 23.6-percent clip and they have scored the fewest runs in the league in that span with a total of 30. He is far from a sure thing, but he couldn’t have a better matchup today and his price is extremely cheap.