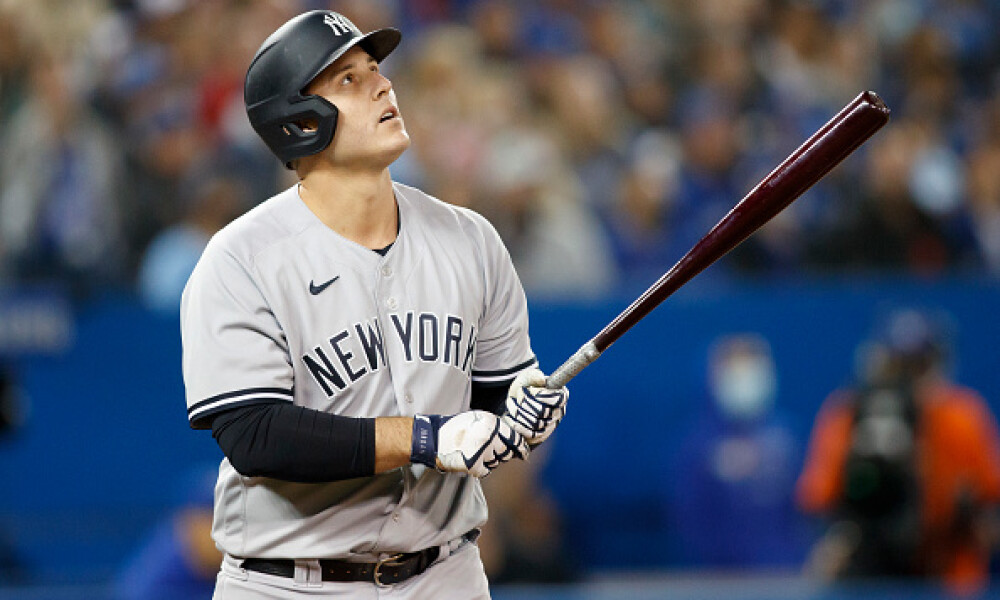 George Springer, OF TOR - I flat out love the Blue Jays in this matchup against Brad Keller today and while Toronto is throwing a wrench in my plans by sitting Vlad I will just go ahead and pivot to Springer who is leading off today and on fire right now with hits in eight of his last 10 games while coming off a two-homer outing lat night.

Ozzie Albies, ATL 2B - We love when Albies gets to take a swing against a southpaw and thats what we get here today as he faces Brewers lefty Brett Anderson whom he is 2-for-3 with two doubles off of in their lone meeting. Albies is hitting .333 with an OPS of .966 against left-handed pitching this season.

Trey Mancini, 1B BAL - The Tigers are sending out lefty Tyler Anderson to the mound today who has a 5.14 ERA over his last 10 appearances (3 starts). Mancini has hammered lefties this season, hitting .294 with an OPS of .958 off southpaws.  He is also 2-for-3 with a double and home run off Anderson.

Kyle Seager, 3B SEA - Seager has hit four home runs over the last five games and now gets a fantastic matchup here against Mike Foltynewicz who has allowed 31 home runs on the season and lefties are hitting .293 with a .963 OPS off of him this season. This is lining up for Seager to go yard here once again.

Austin Riley, 3B ATL - Riley is another member of the Braves that loves to face left-handed pitching and he is on fire right now, hitting .395 with seven home runs over the last 10 games. I'm buying into a Braves stack today in this matchup.

Aaron Judge, OF NYY - A really good price here still with Judge as he sits in the mid-tier over on DraftKings. The matchup against Alcantara is a tough one but the home run upside here for Judge is one that is tough to ignore, especially with the bolstered Yankees lineup.

Anthony Rizzo, 1B NYY - Looking at Rizzo under $4,000 on DK is the play I am looking at here for the value tier. He has homered twice for the Yankees already and looks rejuvenated now being on a more competitive team than he was on with the Cubs. Lefties have done better against Alcantara than righties this season and Rizzo has a home run off him in five at bats.

Abraham Toro, 2B SEA - Toro is a switch hitter that has generally been better against lefties than righties this season but again, the Rangers pitcher on the mound today has been among the worst in all of baseball and has been equally as bad against lefties and righties. Real cheap price for some nice Mariners exposure today.