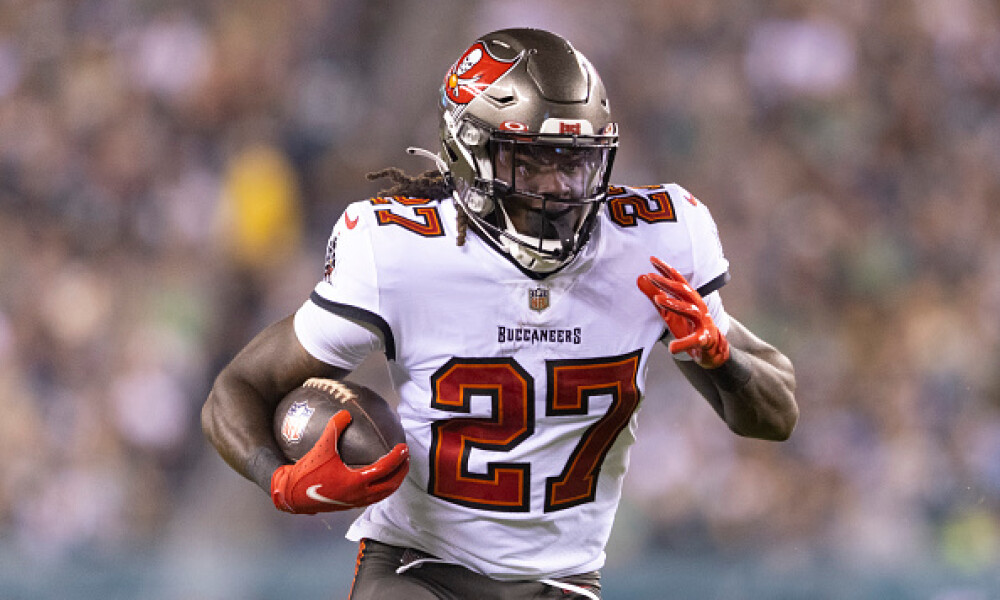 Welcome to the DFS Example Lineups for NFL Week 16!

What's going on, #FANation? I hope those who were celebrating yesterday had a fantastic holiday and those who weren't, I hope you enjoyed the games, the movies or whatever it is you like to do on the weekends. But it's time to get back to business and after yesterday's announcement that the Colts were losing three players due to COVID just an hour before game-time, you have carved out some time for yourself to be available for at least the hour leading up to lineup lock.

I've seen it a million times, where people build lineups and walk away. They go about their business and come back either during the games or after and see that they have three zeros in their lineup because of late scratches. DFS is not a “set it and forget it” type of thing, especially now. And it's not just players you lose either. It's also about missing out on the value. Just ask anyone who left Chase Edmonds on their bench yesterday because they didn't realize James Conner was inactive.

You have to stay on top of all the latest news and updates. I try to do a thorough job here and in the Playbook, but you should be doing your own due diligence. After all, this is your money, isn't it? You can throw shade at analysts all you want, but remember – you are the one entering the contests and you are the one clicking save. Yes, you pay for a service that helps advise you, but we don't set your final lineups. And the advice I'm handing you is this – plain and simple – if you don't carve out time to read up on the news and check multiple times before lineup lock, you are a buffoon and deserve to lose your money. That's just reckless and no one here recommends you being reckless. You work too hard to earn what you've got, so be mindful of everything involved. Now let's get to the work today.

Just a few notes here about the lineups below...

The cash lineups were built solely off the players I put in the Playbook. These are the guys who, unless I have indicated otherwise, offer up the higher floor and will help you cash in your Double-Ups and 50/50s. For GPP tournaments, particularly the large-field ones, you need to find alternative routes to the cash line. I will utilize players from the Playbook and the DFS Dart Board to fill in the gaps, but what I am looking for are some lower-owned stacks that make sense based on expected game flow and other news. You may also see in the GPP lineups, there may be some names I haven't discussed this week on the site, but have talked about during the week on the Fantasy Alarm Show on SiriusXM Fantasy Sports Radio. You will also notice, though, that others on the site have mentioned some of these players in places such as the position coaches, so it's not like we're trying to hide anything from you. The only time, and I mean the only time you will see a player in a GPP lineup who hasn't been discussed is if we are using a stack and need a player from the other team coming back. But it's rare when that happens.

Again, these lineups are meant to serve as examples for you. A sounding board if you will. They are not meant for you to plug in as your own. That's the lazy way and we don't condone it. We are trying to teach you how to be a better DFS player; we aren't lineup-sellers. You should be creating your own lineups using all the information we provide you throughout the week and then coming here to see if there is anything you may have missed or simply for an alternative perspective.

Best of luck to you this week and let's make some money!

According to NFL Insider Adam Schefter:

Chiefs’ Pro-Bowl TE Travis Kelce did not clear protocols this morning and is out for today’s game vs. the Steelers, per source.

Giants’ QB Jake Fromm will make his first NFL start today against the Eagles, per sources.

With Jared Goff testing positive for COVID-19 on Monday, Lions’ QB Tim Boyle is expected to start Sunday in Atlanta vs. the Falcons, per a league source.

Vikings’ WR Adam Thielen, listed as questionable for Sunday due to an ankle injury, is expected to play vs. the Rams, per source.

With Austin Ekeler testing positive for COVID-19, Chargers running back Justin Jackson is in line to step in and replace him as the team’s lead back vs. the Houston Texans.

Rams activated RB Cam Akers now because a player needs to be on the active roster for three games to receive his pension credit. Akers still is more likely to contribute this post-season, not the regular season. But even that is impressive considering his injury.

Chargers WR Mike Williams has been placed on the COVID-19 list and is out Sunday.

The Texans did not activate WR Brandin Cooks from the COVID-19 list and he is out Sunday.

NFL Network's Ian Rapoport reports Kadarius Toney (oblique) "has a good chance of playing" in Week 16 against the Eagles.

NFL Network's Ian Rapoport reports Sam Darnold "is expected to enter the game within a few series and, based on how he does, could play a substantial amount."

NFL Network's Ian Rapoport reports Damien Harris (hamstring) "should be good to go" for Week 16 against the Bills.

According to reports we are looking at possibly 2-3 inches of snow during the game in Seattle. Adjust accordingly.

As a reminder, when you're stacking in GPP, you always want to run someone back from the opposing team. One-sided games often turn to a running back seeing higher-than-usual volume or the back-ups start to play. For a stack to really pop, the other team needs to keep things competitive.