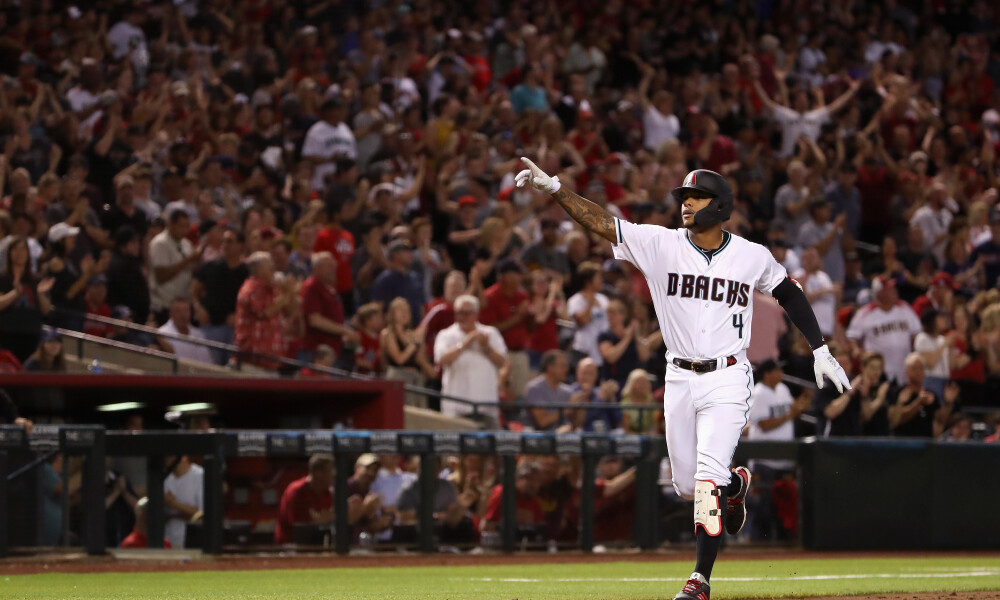 An 11-game slate with some weather issues, but mostly wind affecting hitters in Wrigley Field. Taking into account the match-ups and game totals, targeting hitters in a couple of key spots could pay off if combined with the right pitching. Please refer to our value vault, pitching coach and playbook before finishing builds for tonight's MLB slate. Best of luck.

With his team in a must win situation, and if serious about being in the MVP conversation, it's time for a big game Bryce in Philly. Over the last two weeks he's crushing baseballs with 10 barrels of his 32 batted ball events (31.3 barrel percentage) generating 21 hard hits (65 percent) in them. He's slashing .415/.561/.927 his last 57 plate appearances with six doubles, five home runs, 14 RBI and a robust .512 isolated power. It's tough paying full retail but tonight, I think Harper's worth it against the Orioles projected pitching.

Note the disparity between the two sites but do not ignore Ketel, he's heating up. He's produced four doubles and a home run his last five games with a .389 isolated power and a .444/.524/.833 slash line. Although Atlanta may deploy an opener ahead of Touki Toussaint, a Marte party could be on tap tonight in the desert.

It's odd not seeing the Coors tax applied in tonight's game, but it's good for us. Injuries and expectations may cloud our judgment regarding Seager, but he's hitting .317 his last 12 games with two home runs along with 12 runs plus RBI in them. More importantly, he's recorded seven barrels and 23 hard hits among his last 37 batted ball events. As a sweetener, he's 10-for-21 against Antonio Senzatela in past meetings with two doubles and three home runs fueling a .644 xSLG in them.

Why not pair a middle field tandem with upside in a game total approaching 11? Rodgers remains in the midst of a breakout this year and crushes left-handed pitching to the tune of a .322/.359/.678 slash with seven doubles, eight home runs and 19 RBI in only 92 plate appearances facing them this year. He also owns an enticing .356 isolated power and a 1.037 OPS this year. Giddy up.

Fighting for at-bats, and a spot in the postseason, Lux enters tonight's contest hitting over .400 over the last two weeks. Through his last four games he's homered, driven in seven runs and carries a .400/.438/.733 slash line with a .333 isolated power. He's also 5-for-11 in past match-ups with Senzatela but with no extra-base hits, this streak ends tonight.

It's easy to overlook a streaking Orioles hitter not named Cedric, but the algorithm continues keeping Hays a bargain play despite his recent production. Over the last two weeks, he's hitting .280/.345/.720 with six home runs and 15 RBI. This comes with a .440 isolated power and a .436 wOBA. If using Harper, chasing him back with Hays makes perfect sense, especially with Matt Moore being one of the bulk arms projected for the mound tonight.