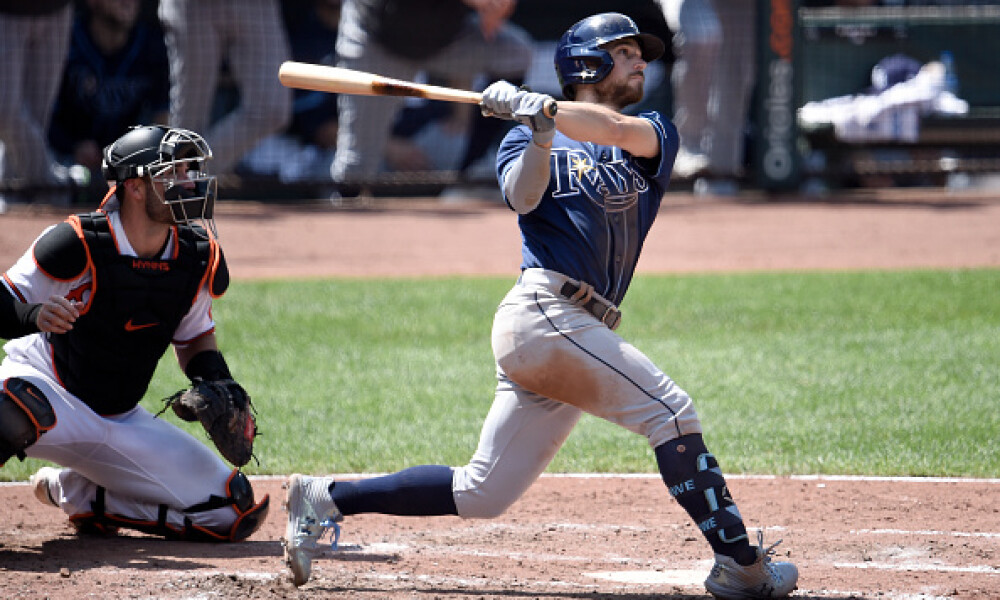 Another full Friday night provides a bevy of left-handed pitching and only two games with double digit run totals. This means it's a wide open slate with a variety of builds available. Please reference the pitching coach, value vault and playbook before locking in lineups. Also double check any weather issues along with announced batting orders. As always, best of luck.

While his team fades from the playoff chase, Goldschmidt's surging with 11 runs, three home runs, 10 RBI and three stolen bases his last two weeks in 12 contests. He's also produced 46 batted ball events with eight barrels (second most in the majors to Stanton) and a 52.2 hard hit percentage fueling a .373/.411/.667 slash line in this sample. Tonight, he faces southpaw, Dillon Peters against whom he's recorded two hits, both for extra-bases (one double, one home run) in four past match-ups with a .494 xBA, 1.215 xSLG and 103.5 MPH average exit velocity on his batted ball events.

It starts with Harper owning a .310/.428/.689 slash line at home versus right-handed pitching with nine doubles, 12 home runs and 28 RBI in 129 at-bats. This includes a robust .349 isolated power and 1.087 OPS averaging a home run every 10.75 at-bats. His opponent, Taylor Widener, averages 2.5 home runs per nine innings facing left-handed hitting this year and Harper launched a home run in their previous match-up this season along with drawing a walk. Paying up for another home run tonight in a smash spot.

Over the last two weeks, Lowe's slashing .289/.360/.644 with 11 runs, four home runs, 11 RBI and a stolen base in 50 plate appearances. Playing in Camden Yards benefits any left-handed power hitter, especially a hot one. Armed with a .356 isolated power in this time span and with past success versus Matt Harvey including a home run in four previous at-bats fueling a .511 xBA, 1.188 xSLG and a robust .720 xwOBA, Lowe and the Rays should score in bunches tonight in Baltimore.

Playing for a contract, Garcia's on fire the last two weeks, launching four home runs with seven runs and seven RBI in 11 games spanning 43 plate appearances. He's also hitting .406/.512/.844 with an eye popping .438 isolated power. Tonight, he faced Andrew Albers, a southpaw. Versus left-handed pitching, Garcia's recorded a .271 isolated power with a 1.057 OPS and five home runs in 85 at-bats (one every 17). Fade at your own peril and his price point does not reflect his recent production making him a sneaky play on a full slate.

Always underappreciated, Rojas produces in DFS, especially facing left-handed pitching. Over 128 plate appearances facing southpaws, he boasts a .345/.430/.518 slash line with 10 doubles, three home runs and 16 RBI along with walking (16) times than he's struck out (15) in them. Focus on his .948 OPS against lefties with a .409 wOBA and hope his upstart Marlins get Wade Miley in Miami tonight.

Faced with losing at-bats once Kyle Schwarber joined the roster, Dalbec's answered the bell racking up six home runs his last 11 games during 32 plate appearances and a tantalizing .367/.406/.967 slash. Of more importance for DFS, his ridiculous .600 isolated power and 13 RBI while hitting in the bottom third of the order. Cleveland sends Logan Allen, a southpaw with propensity serving up home runs to right-handed hitters against the Red Sox this evening. Yahtzee.

Be sure he's in the lineup, but playing in a platoon for Cleveland, Chang's homered in his last two starts facing left-handed pitching and produced three home runs his last 28 plate appearances with a .500 isolated power, a 1.165 OPS and 55 percent hard hit rate. A boom or bust option with upside in tonight's highest run total on the board. Giddy up.