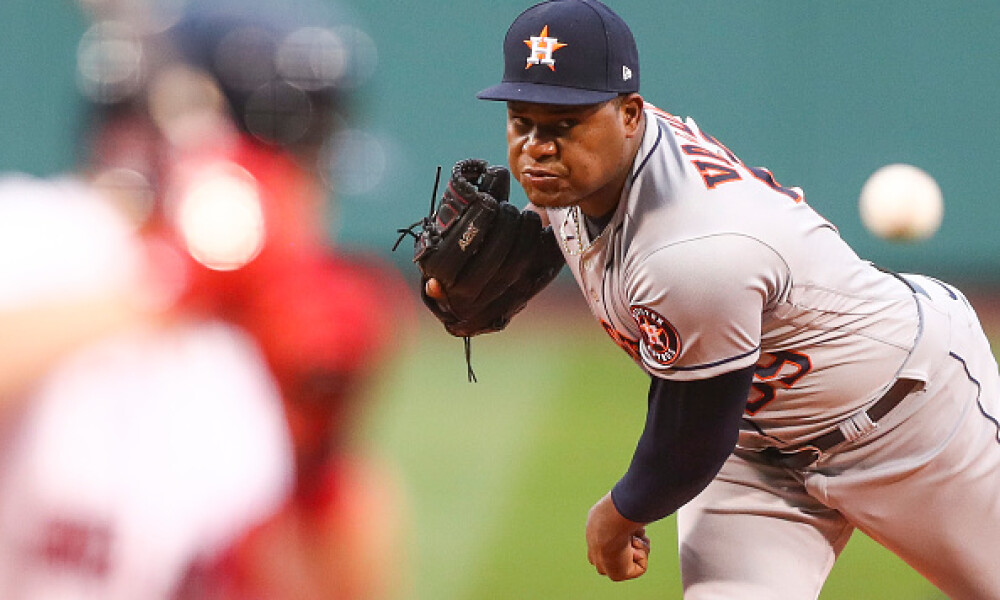 Yes, Arizona's due for a win in the midst of a 15-game losing streak, but facing Buehler does not provide optimism tonight. He's recorded 14 straight scoreless innings his last two starts, owns a 6-0 record with a 2.38 ERA and a 0.94 WHIP. Versus the Diamondbacks, he's 2-0 for his career in nine games plus an enticing 1-0 in Chase Field with a 2.70 ERA through 16.2 innings at the venue. Adding to his allure, Matt Peacock starts for his opponent making Buehler an overwhelming -220 road favorite in this contest.

When in doubt, take the southpaw at home, right? Since his return from the injured list, Valdez has picked up where he left off last year with three wins through four starts with a 1.42 ERA and 0.95 WHIP. With the knowledge the White Sox hit well versus left-handed starters, going against the grain with this pick but it's still risky making him a tournament play. Use Buehler in cash games if spending up at pitcher.

A second southpaw in a nice spot at home with a chance to pick up a win. Sandoval's making his sixth start this season and possesses a 2.77 ERA through 26 innings as one with 23 strikeouts against eight walks. He's allowed two runs or fewer in each of his five previous starts and notched the win on the road in Arizona his last time out. His opponent, Detroit, leads the majors in strikeout percentage versus left-handed pitching (29.4 percent) with a paltry .124 isolated power and combined 77 weighted runs created plus (wRC+) metric this season. And, the Angels have won eight of their last 11 contests, ride the momentum.

Wait, this is a pitching column right? Suggesting a starter at Coors feels risky, especially with the highest run expectancy on the slate. However, for all of its flaws, Colorado's 25-14 (.641) at home this season and Gomber's 3-1 in them with a 0.95 ERA through 28.1 innings with 24 strikeouts. He's also surging of late with 41 strikeouts his last seven starts recording a 1.28 ERA and only issued four walks his last nine outings spanning 53.1 innings. Again, this represents a tournament play but if Gomber limits the free passes, he could register his fourth win at home this season tonight.

Like Gomber above, note the pricing disparity between sites. Gilbert as an SP2 on Draft Kings makes sense. Unlike his partner in the bargain bin, the Rays and Mariners tilt comes in tied for the lowest projected run total tonight. Gilbert's tossed a quality start in two of his last three with wins in each of his last two. So far in June, he's logged 11.2 innings with a 13:5 K:BB, 1.54 ERA and 0.94 WHIP. Tampa Bay's a solid team, but Gilbert hopes to run their losing streak to five with a solid start this evening. Pay for the QS, profit if he nets the win bonus with six or more strikeouts.